George Washington initiated construction of a south addition to Mount Vernon in the spring of 1774. Intended as a private wing, this extension to the mansion included a spacious bedchamber for George and Martha Washington on the second floor and a personal study below. Washington's study served as the center of his personal and professional operations during his years at Mount Vernon before and after the presidency. 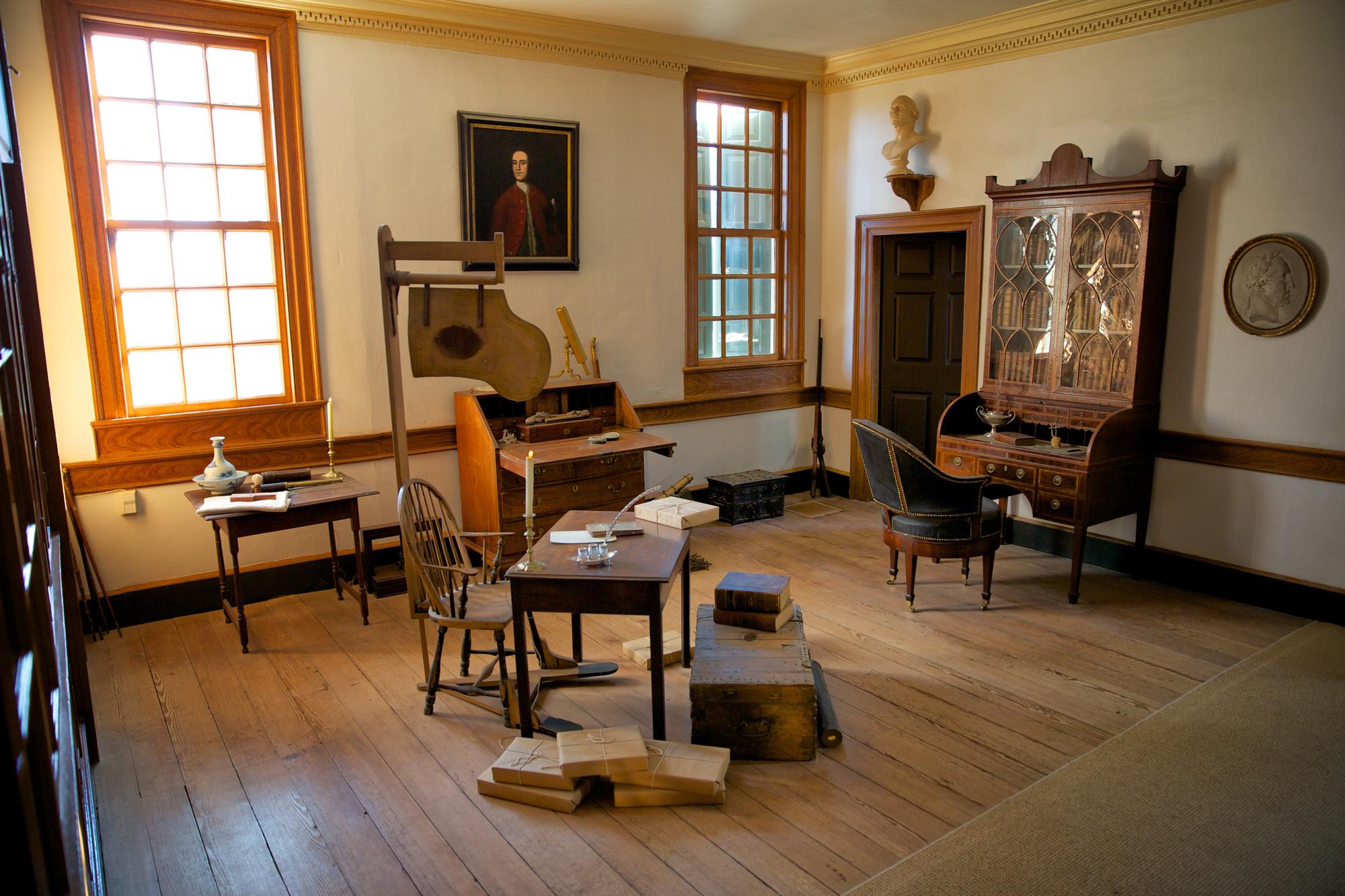 The study was the location where Washington performed the daily rituals of washing, shaving, and dressing, as well as the site where he conducted military, business, and political affairs. The room also was the place where Washington retreated when seeking refuge from the pressures of entertaining family, friends, and acquaintances. Because the study was designed to provide George Washington with a personal space removed from the many distractions of daily operations, contemporary descriptions of the room are rare. Brief mention of the study appears in the journal of Samuel Powel, former mayor of Philadelphia and longtime friend of the Washingtons, who characterized the space in 1787 as "very handsome," remarking on its privacy in a home where "perpetual & elegant Hospitality exercised."

The 1799 probate inventory taken at Washington's death, along with his will and the inventory made at the passing of Martha Washington provide important details regarding the contents of the study. The lengthy listing of objects in the 1799 inventory includes a wide variety of items related to Washington’s surveying, military, agricultural, political, and scientific interests. 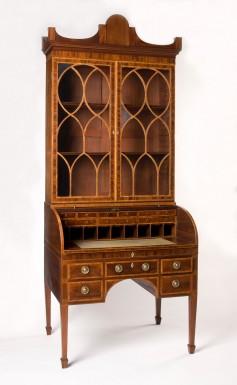 George Washington's secretary, crafted by John Aitken in Philadelphia in 1797 for placement in the study, was a central component of the study's daily function. Washington modestly claimed in 1797 that every evening he endeavored to "retire to my writing Table and acknowledge the letters I have received; but when the lights are brought, I feel tired, and disinclined to engage in this work, conceiving that the next night will do as well." Yet the extensive collection of Washington's writings that survive belie this statement. Bushrod Washington wrote of his uncle's study: "his table was generally covered with more [letters] received from many distinguished characters of other countries as well as his own."

Long a fixture in George Washington's study, a "1 Fan Chair [$]1" noted in the 1799 inventory was invented in 1786 for Charles Willson Peale by John Cram. The unique contraption consisted of a pasteboard fan connected to wooden treadles that are attached to a Windsor chair, allowing the sitter to create a cooling breeze by pumping simple pedals.

While George Washington's study served multiple purposes, it was first and foremost his office and reading room. On June 16, 1786, Washington recorded in his diary: "Began about 10 O clock to put up the Book press in my study." Together with his secretary bookcase, this floor-to-ceiling cabinet along the east wall of the room housed the more than 800 bound volumes and hundreds of pamphlets, newspapers, and maps that comprised Washington's library. Ranging in subject from history and politics to agriculture, literature, and geography, the diverse titles on these shelves reflected Washington's wide-ranging interests and the varying roles that he played in his life.