The Fred W. Smith National Library for the Study of George Washington’s recent acquisition of the Richard H. Brown Revolutionary War Map Collection positions the Library as one of the world’s leading centers for the study of cartography in the era of the American Revolution.

Featuring over 1,000 individual objects that date between 1740 and 1799—including manuscript and print maps, bound atlases, watercolor view sheds, and other documents—the collection will offer new opportunities for researching and teaching the history of the American Revolution, Early Republic, and eighteenth-century cartography. 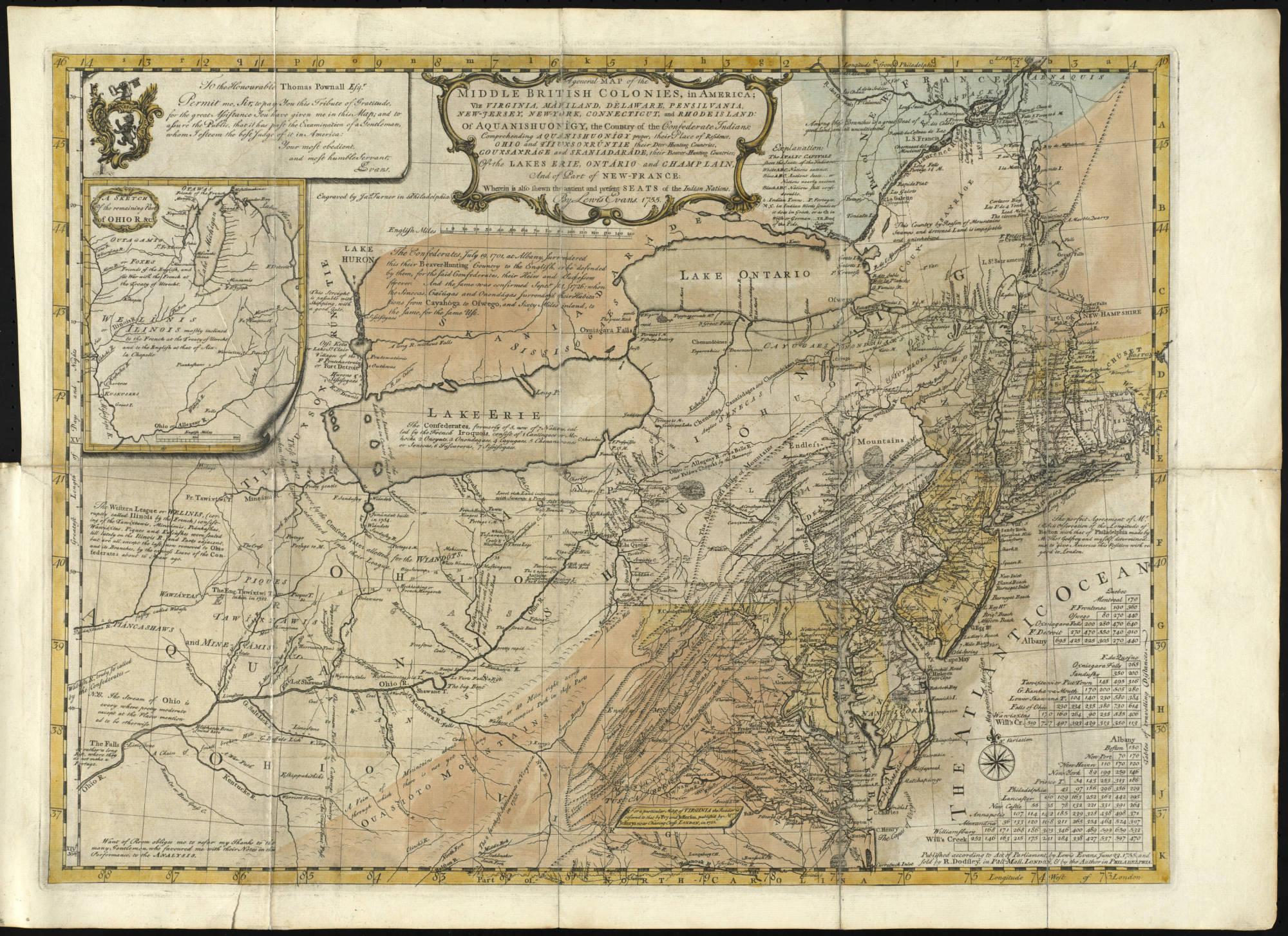 The vast majority of the objects in the collection were produced between 1754 and 1783, a period of significant change in North America. They trace the expansion of British America during the Seven Years’ War (what the colonists called the French and Indian War) through the end of the War for Independence. They reveal the transformation of George Washington’s world from a British landscape to an American one.

Artifacts in the Brown Collection illustrate how eighteenth-century inhabitants of the Atlantic world “saw” North America and the Caribbean. The era’s leading cartographers, surveyors, and engravers produced maps that allowed politicians and military commanders on both sides of the Atlantic to view the American landscape in high-resolution detail, and imagine its possibilities.

The maps reveal how Europeans and Americans established competing legal claims to mainland and Caribbean territory, obscured the presence of slavery and indigenous peoples, and waged war on local and continental scales. They help modern viewers to see eighteenth-century efforts to improve coastal navigation and commerce, record crucial military intelligence, and plan new cities. They tell us as much about how eighteenth-century women and men viewed themselves as they do about the world around them.

Richard Williams, Cambridge with Washington’s Headquarters, (1775). Williams, a twenty-five-year-old member of the Royal Welch Fusiliers, arrived in Boston in June 1775, only six days before the Battle of Bunker Hill. Over the next several weeks, Williams painted in water color and drew in pencil the landscape around him. His work offers modern viewers unprecedented contemporary views of the American Revolution’s early days. Richard H. Brown Revolutionary War Map Collection, MVLA. (Digital image provided by the Leventhal Map & Education Center.)

The Washington Library is excited to collaborate with scholars and educators to develop new scholarship and teaching opportunities centered on the Brown Collection. We hope that it will inspire new work on topics such as:

The Norman B. Leventhal Map & Education Center at the Boston Public Library previously digitized the majority of the Brown Collection. High-resolution images are now available through the Washington Library’s Digital Collections portal. The collection also includes a number of bound works that cannot be digitized for preservation reasons.

The Washington Library is currently preparing a finding aid and other resources to help scholars and the public make the most of the Brown Collection. These items will be online in the near future. Qualified researchers wishing to examine specific items in the collection may contact the Library to schedule an appointment beginning in Winter 2020.