The Mansion at George Washington's Mount Vernon is one of the most iconic 18th-century homes in America.

George Washington's Mansion is ten times the size of the average home in colonial Virginia.

Inside the Mansion, guests can see: 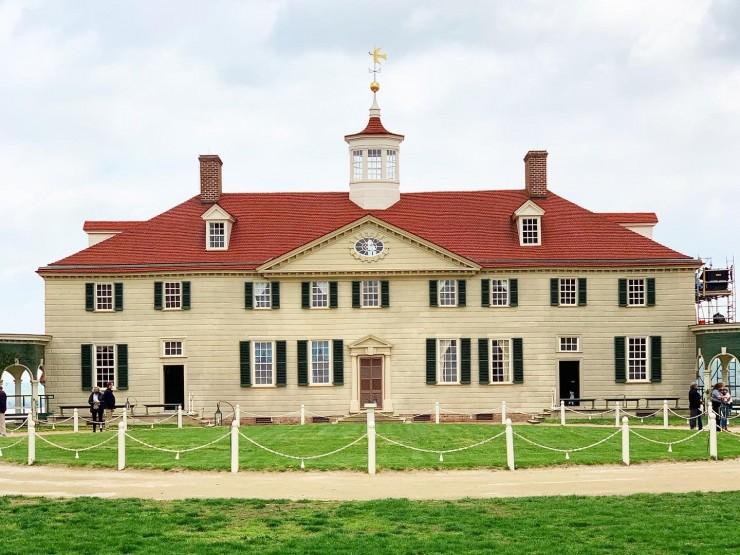 Entry to the Mansion is by guided tour only and requires a Mansion tour ticket (a grounds pass allows access to the estate).

For guaranteed entry, we recommend that you purchase your tour tickets in advance online.

Same-day tickets at the gate are available on a first-come, first-served basis and are likely to sell out early, especially on weekends. 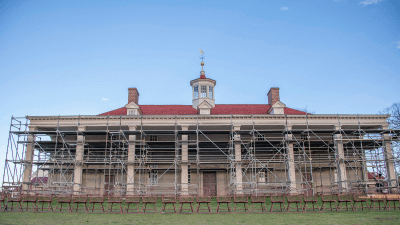 The East Front, the side of the Mansion facing the Potomac River, will be covered in scaffolding from March 21, 2022 through April 2023.

Scaffolding is on the East Front only; the West Front of the Mansion remains uncovered.

Visitors to Mount Vernon will see a rare sight: the original siding boards of the Mansion in their unpainted form, just as they were when the Mansion was constructed.

Explore the recently restored rooms inside the Washingtons' home.

This second-floor bedroom was called “The room the Marques Delafiat Lodged In.”

In 1799, the Yellow Room was the most expensively furnished guest bedchamber.

This was the Washingtons' site for formal entertainment within the Mansion.

Explore the work done in the largest and grandest room in the Washingtons' home.

Period-appropriate wallpaper and paint help restore this room to the Washingtons' life.

Washington received “Chintz” wallpaper for this second-floor bedchamber in 1758.

The cupola is a central point for the symmetry Washington hoped to achieve.

The History of the Mansion

The building began as a one and one-half story house built in 1734 by George Washington's father, Augustine Washington, and received its well-known name from his half-brother Lawrence Washington.

George Washington began running Mount Vernon in 1754, and over the next 45 years slowly enlarged the dwelling to create the 21-room residence we see today.

Washington oversaw each renovation, advising on design, construction, and decoration, despite being away much of the time. Conscious that the world was watching, Washington selected architectural features that expressed his growing status as a Virginia gentleman and ultimately as the leader of a new nation.

10 Facts about the Mansion

Did you know, despite George Washington's efforts, the Mansion is not symmetrical? 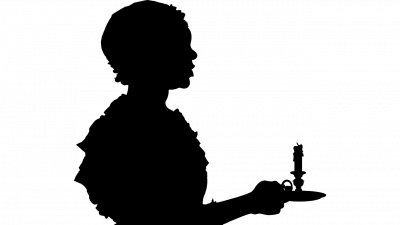 A staff of enslaved butlers, housemaids, waiters, and cooks made the Washingtons’ lifestyle possible. 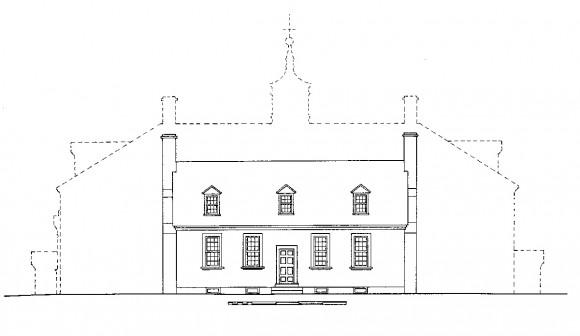 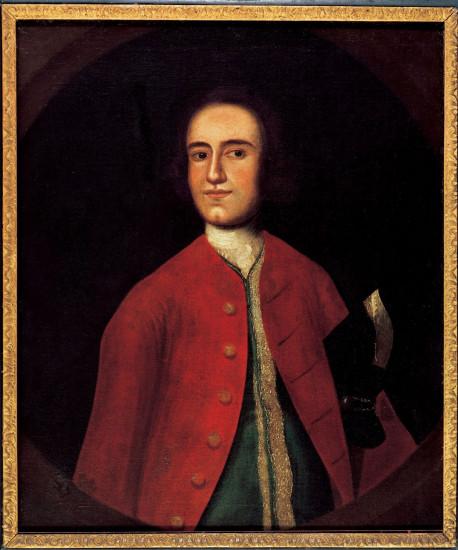 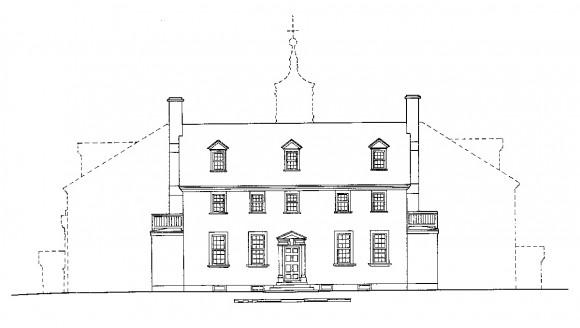 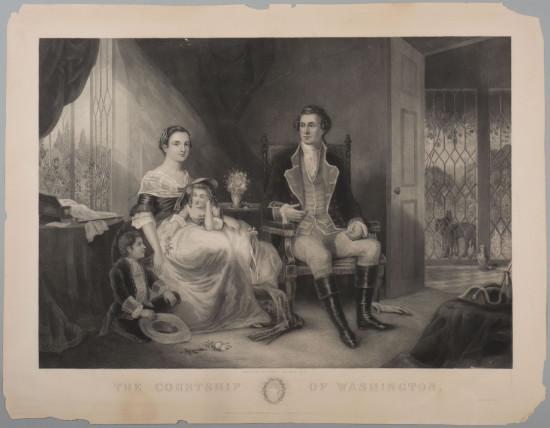 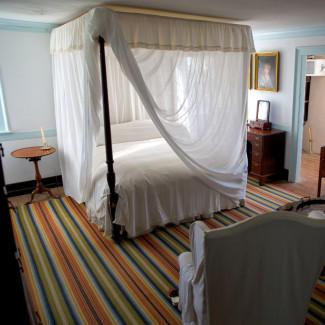 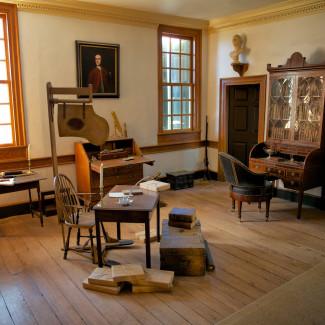 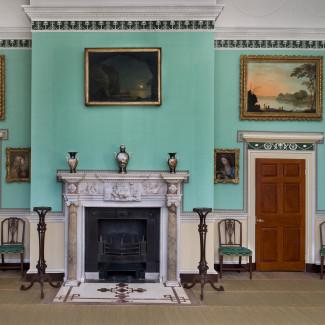 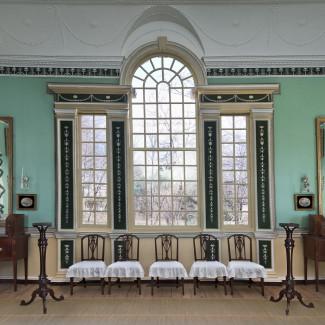 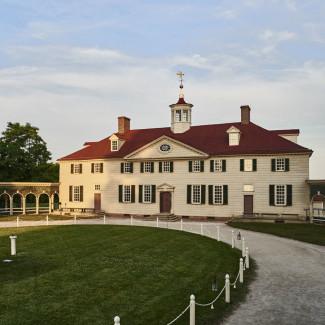 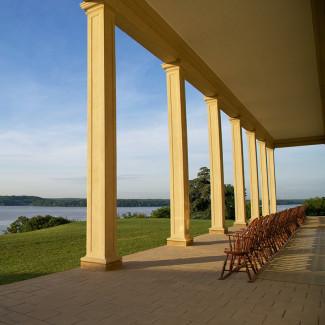 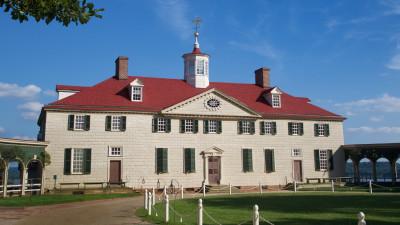 In 1754, George Washington began residing at Mount Vernon, a 3,000 acre estate and a house that likely approximated 3,500 square feet. By his death, Washington’s Mount Vernon consisted of about 7,600 acres and an almost 11,000 square foot mansion. 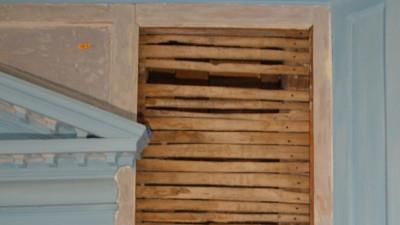 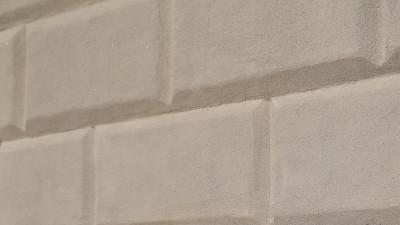 When you think about the house and its evolution, the siding may not be the first thing that crosses your mind. Do not be fooled, though, - the siding has revealing stories to tell.

George Washington frequently referred to this room as "Mrs. Washington's Bed Chamber," and it was her most private space.

Unwilling to remain in the bedchamber where her husband died, Martha Washington retreated to a third-floor garret bedchamber.

The Downstairs Bedroom served as a bedchamber as early as 1759 and was used as one throughout George Washington's life. 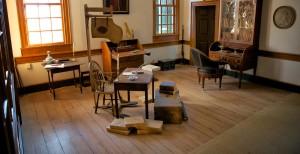 Once built, this room served as the center of Washington's personal and professional operations.

George and Martha Washington knew the Little Parlor as a bedchamber for most of their residency. Towards the end of their life, the room transformed into a parlor.

According to an inventory, the kitchen contained a wide variety of cooking equipment, including pots and pans, skillets, a griddle, a toaster, a boiler, spits, chafing dishes, tin and pewter "Ice Cream Pots," coffeepots, and strainers.