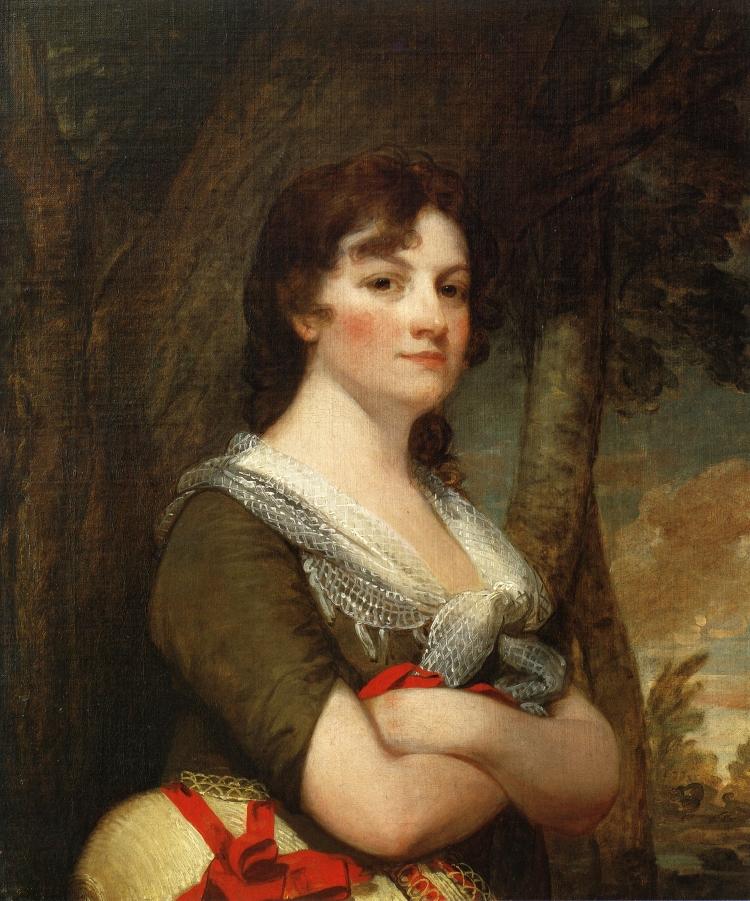 Elizabeth "Eliza" Parke Custis Law was the eldest of Martha Washington's four surviving grandchildren. Eliza was born in Mount Airy, Prince George's County, Maryland, the home of her maternal grandparents. She was the daughter of John Parke Custis (who was the son of Martha Dandridge Custis and stepson of George Washington) and Eleanor Calvert, the granddaughter of the fifth Lord Baltimore.

An intelligent, lively child, Eliza's early life was marked by a series of losses and disappointments, beginning with the 1781 death of her father. Shortly thereafter, Eliza's two youngest siblings, Eleanor called Nelly and George Washington known as Washy, were sent to live at Mount Vernon with the Washingtons under the care of her longtime nurse Molly. Eliza and another sister, Martha called "Patty", remained with their mother, whose remarriage to a family friend Dr. David Stuart, led to the birth of an additional thirteen siblings and further diverted attention from her parents.

As a teenager, Eliza paid lengthy visits to the Washingtons in the executive mansion, but her eccentricities were beginning to worry her grandmother. Her relationship with her step-grandfather, George Washington, appears to have been warm. Shortly after her eighteenth birthday, Washington sent her a long letter on the subject of marriage, which is among the most personally revealing letters ever composed by the usually reticent Washington.

It was probably during a visit to Philadelphia in the late winter of 1795 that Custis met Thomas Law, an Englishman twenty years her senior whose family was prominent in church, legal, and political circles. Law made a fortune with the East India Company and immigrated to the United States with his three sons in 1794, where he became a developer in the new Federal City. The couple was married on March 21, 1796, at the bride's home. Their only child, Eliza, was born the following year.

The Laws took an active role entertaining many dignitaries and prominent members of the political class. Following an extended business trip to England, however, the couple separated during the summer of 1804. Family members believed that the couple's thorny personalities were equally at fault. Thomas Law was granted custody of their daughter and agreed to pay his wife $1,500 per year.

Eliza Parke Custis Law spent the first year after the separation at Riversdale, the Maryland home of an uncle. She then purchased a small country property outside of Alexandria called "Mount Washington," but soon become disenchanted with such an isolated life and put it up for sale in 1808. A series of unsuccessful romances with French diplomats and military officers followed over the next few years. Further heartbreak came with the death of her daughter in 1821, while estrangement from her son-in-law limited contact with her three grandchildren.

In her final years, Custis Law lived a somewhat nomadic existence, traveling between friends and relatives as her health worsened. Like her siblings, she saw herself as a steward of the Washington memorabilia in her care. She often made gifts of objects that belonged to her grandparents, and took care to identify those objects within her custody for the benefit her grandchildren. Six days after her death at the home of a friend in Richmond, her body was interred in the family vault at Mount Vernon.