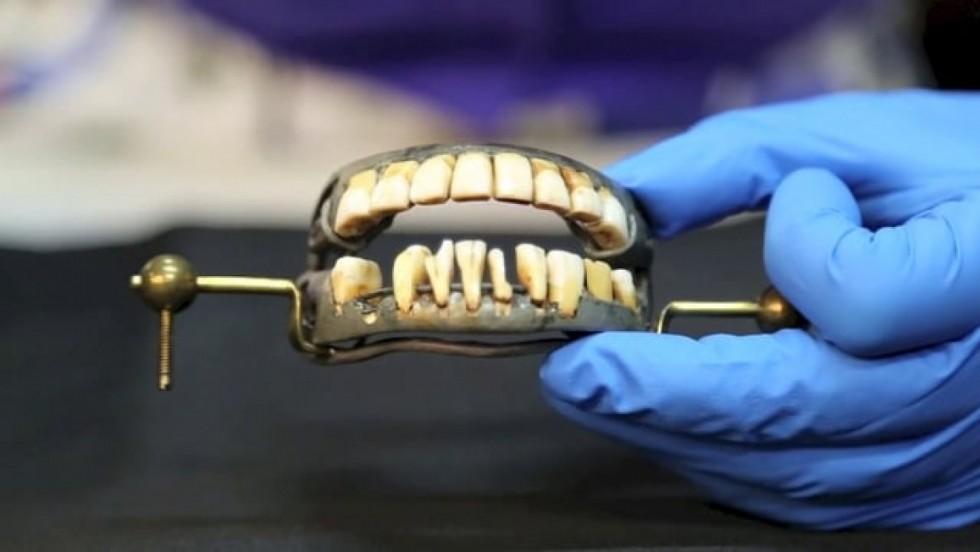 George Washington is born on his father's plantation. Although no records document it, the young boy's first tooth most likely appears sometime over the next year. 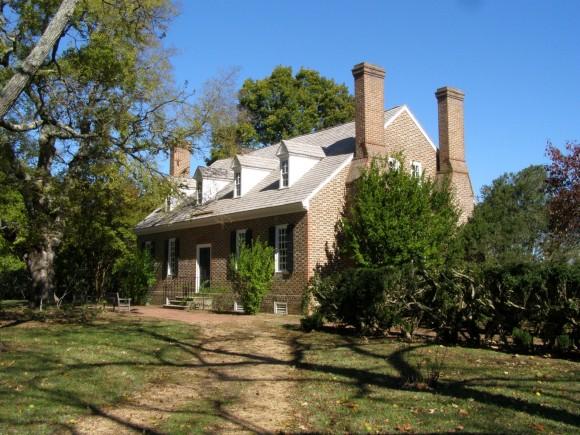 Even with the French and Indian War underway, 23-year-old Washington makes personal dental care a priority. He buys the first of what will be dozens of toothbrushes, tinctures of myrrh, and other tooth powders and pastes. 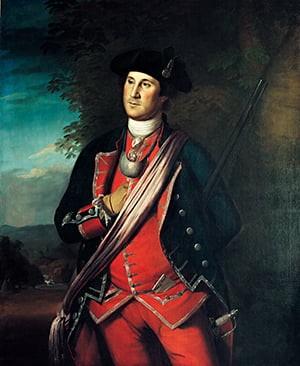 Despite his best efforts to care for his teeth, Washington's first tooth is extracted in April. Almost every year after that Washington suffers from severe toothaches followed by extractions of the painful teeth.

His mouth is large and generally firmly closed, but which from time to time discloses some defective teeth.”

Washington's teeth continue to deteriorate, making it painful for him to chew. He writes a letter to a London merchant thanking him for his gift of "two large stone jars of pickled tripe", which is soft and easy to eat.

Named to the Virginia delegation, Washington, now 42 years old, travels to Philadelphia to attend the first meeting of the Constitutional Convention. Ever conscientious about his dental care, he purchases a toothbrush during his stay.

Already a Revolutionary War hero, Washington poses for a portrait painted by Charles Willson Peale. The portrait reveals a scar on Washington's left cheek, said to be the result of an abscessed tooth.

Having some teeth which are very troublesome to me at times and of which I wish to be eased... by a man of skill.”

George Washington in a letter inquiring about a prospective dentist, 1783

Now missing several teeth, the 49-year-old Washington wears false teeth wired to his remaining ones. He writes to his dentist William Baker requesting "a pair of pincers to fasten the wire."

Washington may have procured sets of dental instruments, such as this set of Scalers, to be used on his family by visiting surgeon-dentists. Scalers were used to scrape or "scale off" built-up tartar on teeth. 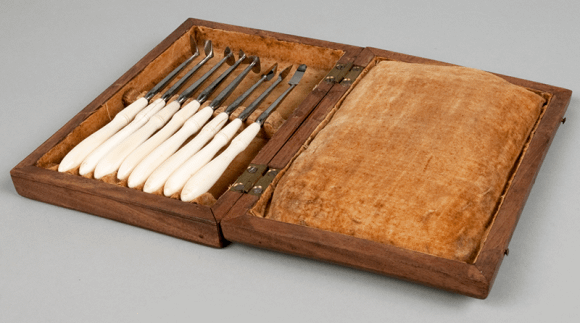 Following his dentist's instructions, Washington uses wax and Plaster of Paris to construct a model of the inside of his mouth. He sends it to his dentist, who uses it to construct more false teeth for the General.

We know that George Washington participated in one purchase of teeth from unidentified enslaved persons at Mount Vernon. A record of this transaction is entered twice in George Washington’s financial records. In May 1784, the Mount Vernon plantation manager, Lund Washington, recorded, in his journal of accounts, under the heading, “Cash p[ai]d on Acc[oun]t of Genrl. Washington” the following transaction: “To p[ai]d Negroes for 9 Teeth, on acc[oun]t of the French Dentis [sic] Doctr Lemay [sic].” This same transaction was subsequently transcribed in George Washington’s ledger of accounts, as a credit to Lund: “By Cash pd Negroes for 9 Teeth on Acc[oun]t of Dr Lemoin.” (According to the best practices of 18th-century bookkeeping, the journal of accounts contained a simple listing of payments and receipts as they occurred; the ledger of accounts organized this information on a client by client basis, using a more complex system of double entry bookkeeping.)

In both cases, the explicit notation “on the account” of the dentist points to Jean Pierre Le Mayeur as the end recipient. If Washington had been purchasing the teeth for himself, there would have been no need for this information; the entries would have simply recorded the item and payment, as when Washington purchased poultry, wild game, fish, and garden produce from enslaved individuals.

At the time of this transaction, the French-trained dentist Jean Pierre Le Mayeur was temporarily staying in the Mount Vernon area, and advertising his availability to perform tooth transplants in the Alexandria, Virginia, newspapers. If Le Mayeur was like other contemporary dentists who made dentures or attempted tooth transplants, he would have needed a stock of teeth as part of his professional tool kit, in order to try to match the appearance of his patient’s natural teeth as closely as possible.

Then There was One

At his swearing in as first president of the United States, George Washington has only one tooth remaining. That year he receives the first of four full sets of dentures made by John Greenwood, featuring hippopotamus ivory and human teeth. 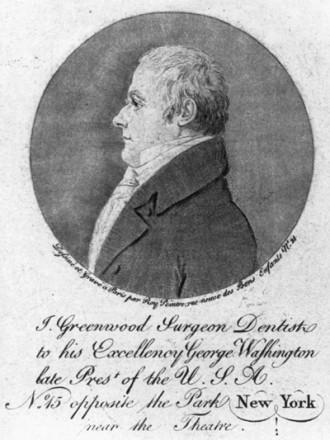 George Washington's morning routine of dental hygiene did not end with the loss of his teeth, as his five sets of dentures required constant maintenance and attention. Washington likely used this compact toilet set complete with a tooth brush, tooth-powder box, and tongue scraper while traveling during his presidency and subsequent retirement. 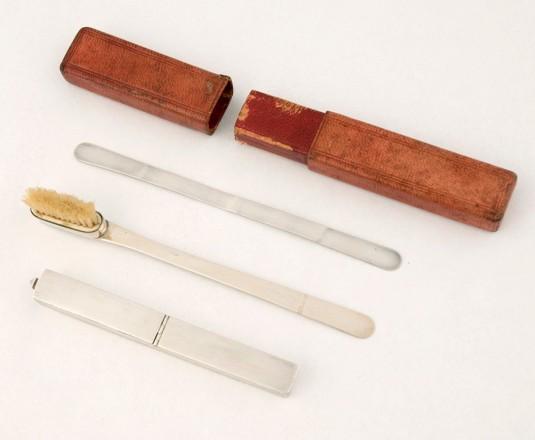 He had just had a set of false teeth inserted, which accounts for the constrained expression so noticeable about the mouth and lower part of the face.”

During Washington's second term as United States president, his last tooth begins to cause him problems. The 64-year-old reluctantly allows his dentist, John Greenwood, to remove it and soon orders a new set of dentures. 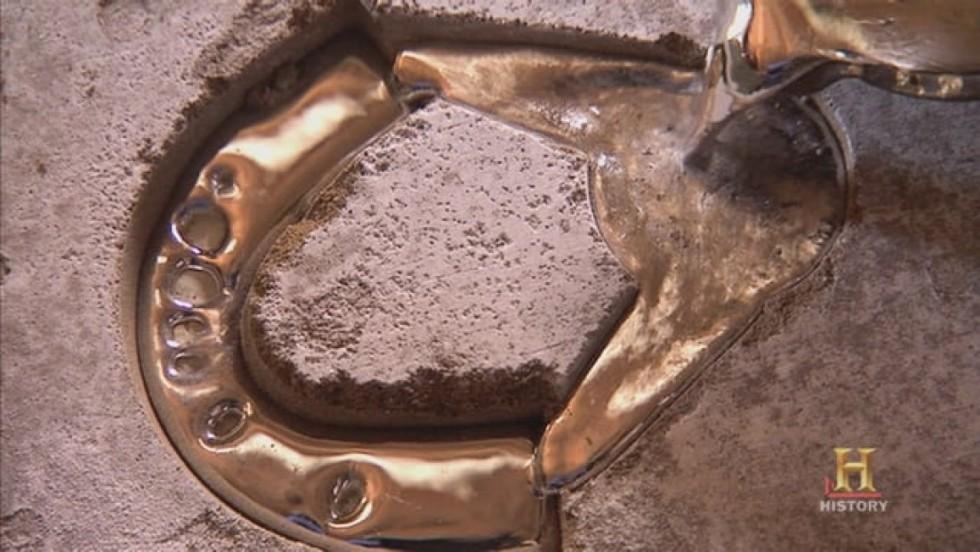 On December 14, 1799, George Washington dies in his bedchamber at Mount Vernon. His lifelong dental issues were finally over. 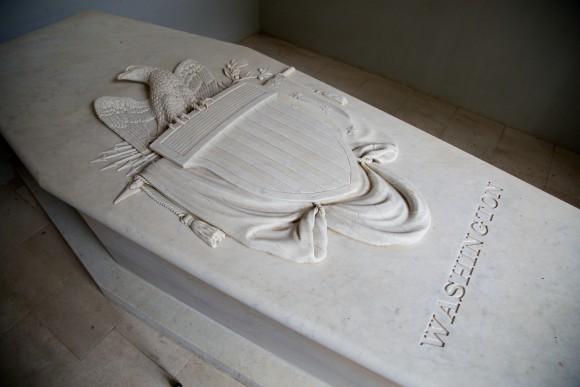 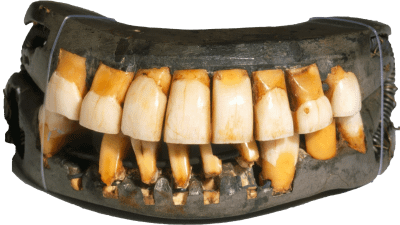 George Washington's dentures represented the latest advancements in dental technology. There are four dentures belonging to George Washington preserved in museum collections (a fifth set is believed to have been entombed with Washington’s body at Mount Vernon).