Emma Read Ball, the third Vice Regent for Virginia, defended the Mount Vernon Ladies' Association against a bill which would transfer ownership of George Washington's estate to the government in the early 20th century. 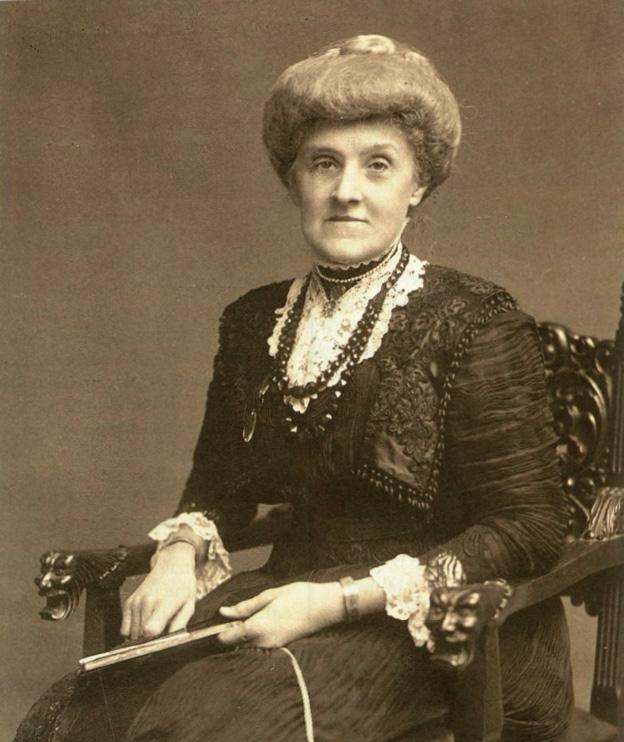 Emma Read was born in February 1838 in New York, the only daughter of the Rev. Dr. Charles Henry Read and his wife Tryphena Walker. Her father was a Connecticut native and ordained for the Presbyterian ministry in New York in 1843. In 1849, he became the pastor of a church in Richmond, Virginia, where he would serve for nearly 50 years.

In her youth, Emma was described as "an unusual and gifted beauty," with "a voice of exquisite quality and a personality of grace and womanly charm." 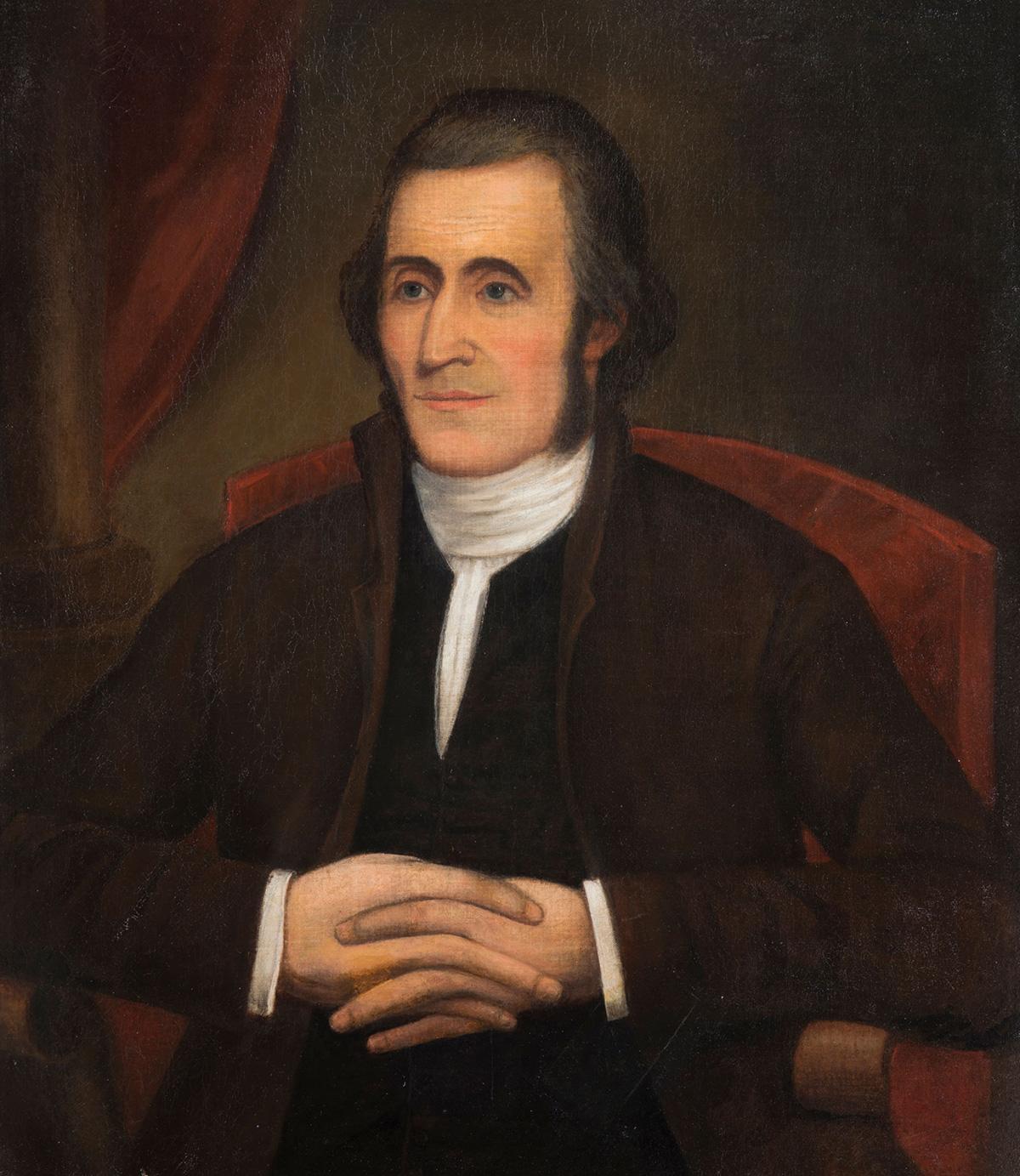 Emma Read was married in 1862 to Charles Burgess Ball, a young attorney.

Ball was the great-grandson of Frances Washington, the daughter of the first president's brother Charles Washington.

This connection made Emma Read Ball the great-great-grandniece of George Washington by marriage.

The young couple made their home near Leesburg, Virginia, the seat of the Ball family, and became the parents of five sons. Mr. Ball served in the Virginia Legislature throughout the 1850s, and in the Commonwealth's Senate during the Civil War years. He was elected Loudoun County judge in 1870, serving with distinction until 1880, when he moved his family to Richmond. 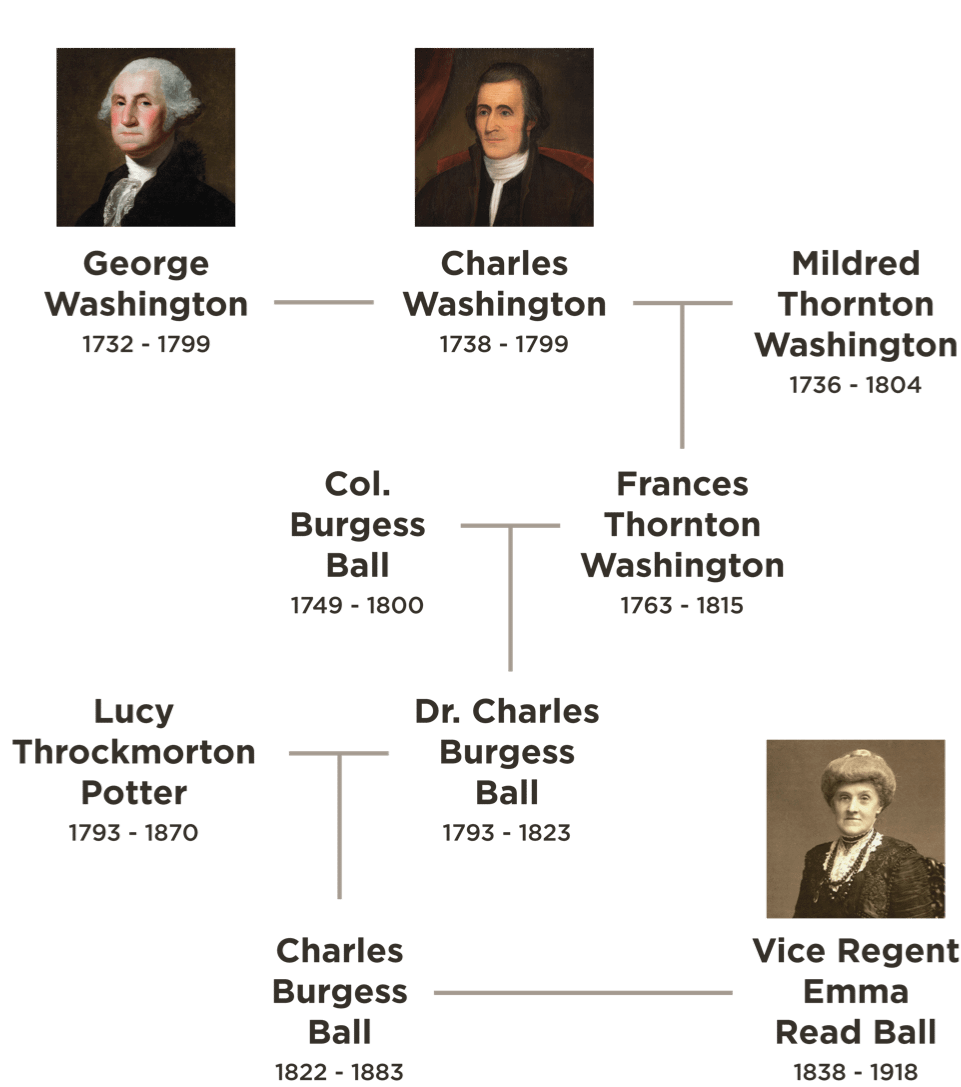 Thanks to the Mount Vernon Ladies’ Association, Washington’s estate has welcomed more than 80 million visitors to date—and at no expense to taxpayers. A private, non-profit organization, we do not accept government grants or tax dollars, relying instead on ticket sales, retail and dining purchases and donations.

In 1874, Mrs. Ball was elected Vice Regent for Virginia at the age of 36, filling the seat left vacant by the sudden death of Mrs. Thomson Francis Mason. Along with Mrs. Lawrence William Washington, the Vice Regent for West Virginia, she provided important family ties to Mount Vernon's original owners.

During this early period of the Association's history, the Mansion remained largely empty, and Vice Regents adopted specific rooms, taking charge of their furnishing. In turn, each room bore the name of the Vice Regent's state. Upon taking her seat at the Council table, Mrs. Ball assumed responsibility for the Washingtons' bedchamber and began the arduous task of restoring the room to its original domestic purpose.

Vice Regent Ball wrote in 1874 to Superintendent Hollingsworth asking for a diagram and exact measurements:

I have selected a carpet and will have it made when I know its accurate dimensions. I would also like to know the width and height of the windows. I believe there are but two ... I also want the height of the bedposts and the proper dimensions for a mattress to fit the bedstead that is now there. 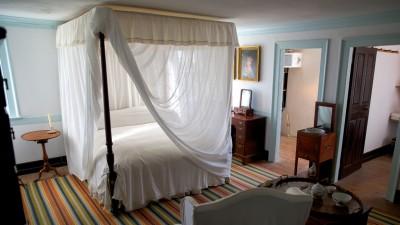 By 1876, Emma Read Ball had negotiated with George Washington Parke Custis Lee
(a descendant of Martha Washington) for the loan of the great mahogany bedstead on which General Washington died. This bed, one of the most important objects in the Mount Vernon collection, became a gift from Lee in 1908.

view this object in our collection 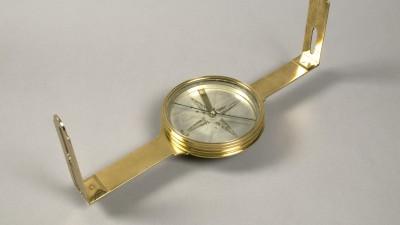 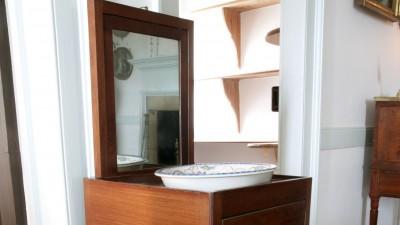 Mrs. Ball also negotiated with Miss Mary Custis Lee for the 1908 return of George
Washington's square shaving stand, which is prominently displayed between the closet doors in the Washingtons' bedchamber.

Attacks from the Anti-fee Association

The Mount Vernon Ladies' Association found itself widely criticized in the media during 1911 and 1912, primarily for charging visitors 25 cents to enter the Washington's home, but also for alleged mismanagement of the estate.

It was even suggested by this extreme faction, known as the "Anti-fee Association", that the Ladies' charter should be revoked and that ownership of the property should transfer to the U.S. government so that everyone could enter for free. The group published a piece in the Richmond Times-Dispatch outlining their goals:

... the Mount Vernon Anti-Fee association has inaugurated a movement to have active steps taken in congress to secure an appropriation for the maintenance of the historic estate so that it shall no longer be necessary to conduct Washington's home as a species of 'museum'.

In response to the Anti-Fee Association's publication, Mrs. Ball also wrote an editorial which was also published in the Richmond Times-Dispatch. She explained the Association's record of never accepting federal or state funds, also noting that the Vice Regents conducted their work as a labor of love and with no compensation. She pointed out that estate expenses were large-- during 1911 alone, the annual operating budget was $45,582.46.

Mrs. Ball pointed out that "every visitor who pays this small entrance fee bears his part in the preservation of Washington's home and tomb. The income that supports Mount Vernon is derived from the entrance fee."

"If for an cause the Mount Vernon Ladies' Association should cease to exist, Mount Vernon will revert to the State of Virginia...

Since 25 cents is the burden of complaint the question naturally arises, how heavy a tax would necessarily be imposed upon the people to cover the expense of maintaining Mount Vernon safely as a public thoroughfare with free admission? Who can tell what amount might be demanded in the hands of politicians and perfunctory officials?"

H. R. 25460 was set to be introduced in the Virginia legislature. Learning of its scheduled reading, Mrs. Ball went alone to the Senate chamber and quietly listened from the gallery as a series of false charges were brought against the Association.

She finally rose to her feet and address the Assembly, saying:

I, as the Vice Regent for Virginia, am the one called upon for its defense and, if this honorable body will appoint a day for the hearing, I will come prepared with legal counsel to present proofs for the refutation of all these accusations.

This she did, and the proof was so convincing that the charges were dismissed. Mrs. Ball's swift action and courage won the day.

In 1911, the Association voted to send Mrs. Ball to England to conduct research on the history of the Ball and Washington families.

Mrs. Ball made the long journey and successfully gathered considerable informa­tion, particularly in the collections of Somerset House in London. She made a report to the Council of 1912, bringing with her a number of souvenirs, including a sprig of yew from Sulgrave Manor, the home of Washington's ancestors near Banbury. 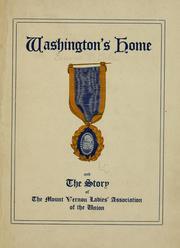 Mrs. Ball was the author of the popular booklet, Washington's Home and the Story of the Mount Vernon Ladies' Association of the Union, which first appeared in 1912.

It was printed and sold to visitors on the estate for a modest nickel.

Her Final Years and Lasting Legacy

Mrs. Ball continued to remain active at Mount Vernon, and attended Spring Council just months before her death. She succumbed on October 7, 1918 at the home of her only relative, who lived in Waynesboro, Virginia.

At the time of her passing, she had served Mount Vernon for a remarkable 44 years, and was the longtime dean of the Association. Mrs. Ball had also served for many years as vice president of the Association for the Preservation of Virginian Antiquities (a trailblazing organization known today as Preservation Virginia), and was later made an honorary vice president for life.

She is buried in Richmond's historic Hollywood Cemetery, and on the day of her funeral, the flag at Mount Vernon flew at half mast.

At the time of her death, Mrs. Ball was preparing to publish a book on the life and ancestry of Mary Ball Washington, the mother of the Father of Our Country. She struggled during her later years, however, so she never completed this project. Fortunately, the Association secured her important collection of records, which is available to researchers in the Fred W. Smith National Library for the Study of George Washington at Mount Vernon.