Ballooning in the 18th Century

Dr. Tom Crouch, Senior Curator of Aeronautics at National Air and Space Museum, discusses the invention of Ballooning in the 18th Century and the first balloon flights in the new United States. 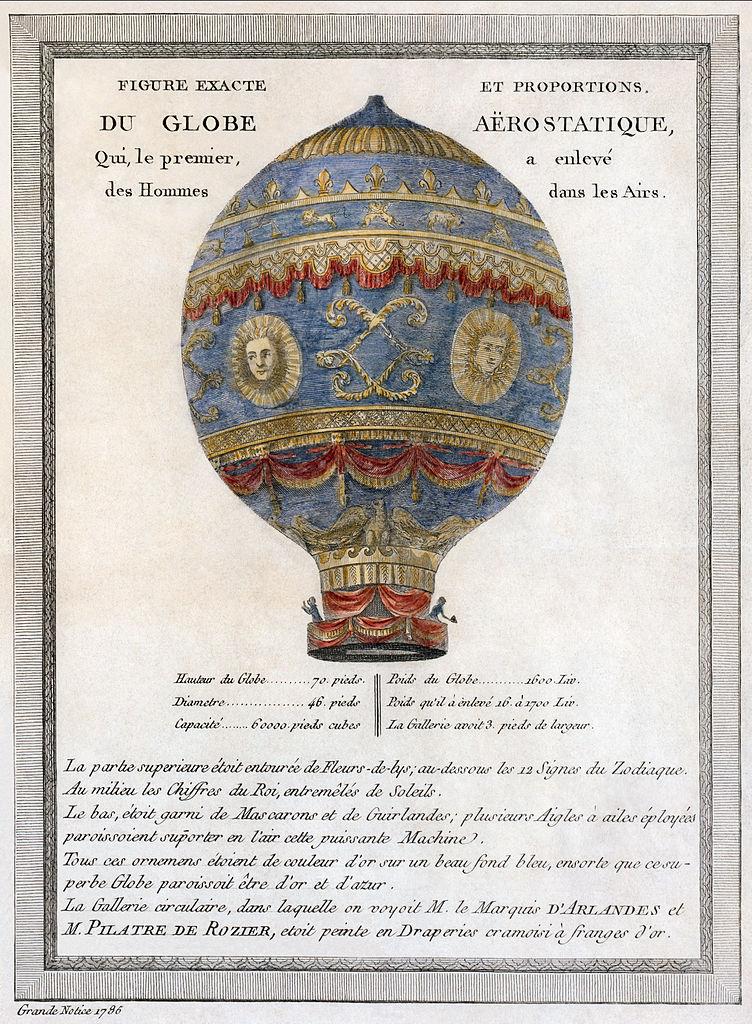 During George Washington’s lifetime lighter-than-air travel was first demonstrated.  As a person who embraced new technologies, he was aware of and showed interest in the development of balloons.

The 1783 observation by the Montgolfier Brothers that hot smoky air has a lifting effect was the spark for creating a hot-air balloon that could carry a man into the sky.  Their experiments, and those of scientist Jacque-Alexandre-César Charles, whose effort was directed to the development of a hydrogen balloon, drew excitement and enthusiasm from Parisians.

In 1783, three prominent Americans, Benjamin Franklin, John Adams and John Jay, were in Paris negotiating, on behalf of their country, the peace treaty to end the Revolutionary War.  They were witnesses to the balloon flights and a source of information to Americans.  Benjamin Franklin wrote as early as July of that year to his network of scientific correspondents of the balloon developments.  In a letter to Congressman Robert Livingston, John Jay predicted that, “travelers may hereafter literally pass from country to country on the wings of the wind.”1   American newspaper coverage began in November 1783 when the Salem Gazette reported on the balloon activity in Paris.2

George Washington was typical of his fellow citizens who were fascinated by the first published reports of aeronautical activity.3   In remarks to a friend in April 1784, Washington wrote, “I have only news paper accts. of Air Balloons, to which I do not what credence to give.  The tales related of them are marvelous, and lead us to expect that our friends at Paris, in a little time, will come flying thro’ the air, instead of ploughing the ocean to get to America.”4

Dr. John Foulke, a Philadelphia physician, studying in Europe from the spring of 1780 to the fall of 1783, was in Paris during the autumn of 1783 and thus a witness to the balloon activity.5 Eager to share his knowledge of balloons when he returned to the United States, Foulke gave a talk on air balloons at the University of Pennsylvania on May 17, 1784, to which he invited Washington.   Washington’s previous commitment to preside over a meeting of the newly created Society of Cincinnati prevented his attendance.6  His ticket and letter of regret have been preserved.

Washington’s interest in balloons is also supported by his letter of November 25, 1785 to the Irish politician Sir Edward Newenham in which he recommended that “young men of science and spirit” should be offered “handsome public encouragements…for the risks they run in ascertaining its [the balloon’s] usefulness.” 7

In the early days of ballooning, Jean-Pierre-François Blanchard was the leading European aeronaut having made 44 ascents, including the first crossing of the English Channel with co-aeronaut John Jeffries in 1785.  In January 1793, Blanchard arrived in Philadelphia, the nation’s capital, where he announced the sale of tickets for the first untethered manned balloon flight in the United Sates.8

At 10:10 in the morning of January 19th, Blanchard got into his balloon and lifted off from the interior yard of the Walnut Street Prison.  The crowd included President Washington and other government officials.  Because Blanchard did not speak English, President Washington presented him with a “passport” guaranteeing his safe passage where ever he landed.9

The passport, which was America’s first air-mail delivery, read as follows:

George Washington, President of the United States of America, to all to whom these presents shall come. The bearer hereof, Mr. Blanchard a citizen of France, proposing to ascend in a balloon from the city of Philadelphia, at 10 o'clock, A. M. this day, to pass in such direction and to descend in such place as circumstances may render most convenient—   These are therefore to recommend to all citizens of the United States, and others, that in his passage, descent, return or journeying elsewhere, they oppose no hindrance or molestation to the said Mr. Blanchard; And, that on the contrary, they receive and aid him with that humanity and good will which may render honor to their country, and justice to an individual so distinguished by his efforts to establish and advance an art, in order to make it useful to mankind in general.10

Forty-five minutes after takeoff Blanchard brought the balloon down in a small clearing in Deptford, New Jersey, 15 miles from the point of departure.  At 6:30 p.m., the exuberant Blanchard was back in Philadelphia sharing with the President his account of the trip.11

Although Washington did not leave a record of the meeting, he viewed the balloon as an instrument having great potential.