In 1774, Benjamin Franklin wrote to Joseph Priestly about rivers catching fire in New Jersey. In 1783, George Washington was involved in an experiment to understand this phenomenon.

Craven Street is the only one of Franklin’s many residences that still remains today. Almost approved for "redevelopment" in the late 20th century, it was saved by a charitable trust and reopened as a Museum and Education Center on the 300th anniversary of Franklin’s birth in 2006.

In this episode of Conversations at the Washington Library, author George Goodwin discusses his book "Benjamin Franklin in London: The British Life of America's Founding Father." Mr. Goodwin spoke at the 2017 Michelle Smith Lecture series on March 30, 2017. 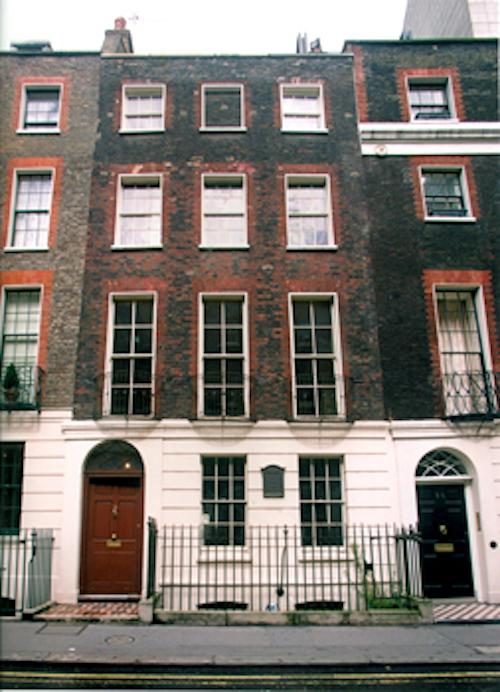 As Mount Vernon is to George Washington and Monticello is to Thomas Jefferson, 36 Craven Street in London is to Benjamin Franklin. This small merchant’s house, near the River Thames and not far from the Houses of Parliament, and where Franklin lived between 1757 and 1775, is the only one of his homes on either side of the Atlantic that still survives. Craven Street was at the very centre of Franklin’s domestic life from the first week he arrived in London in 1757 to the day he left in March 1775. In that time, Franklin spent only a short eighteen months back in Philadelphia. In London, Franklin had an extremely strong platonic relationship with his widowed landlady, Margaret Stevenson, and was like a father to her daughter Polly. They rapidly became his second family, with their home becoming his own household and with Mrs Stevenson managing it for him.

Benjamin Franklin had first visited London as a teenage printer in the mid-1720s and stayed for eighteen months. He returned in 1757 as the most famous American in the world. Ostensibly he came to Britain as the representative of the Assembly of Pennsylvania, but his prestige was founded on something else entirely. Franklin was a famous scientist in the Atlantic World, a Fellow of the Royal Society and friends with many of the leading intellectuals of the day, including Joseph Priestley, David Hume, Erasmus Darwin and Richard Price.1 Moreover, his groundbreaking electrical experiments gave him greater political access at a time when the dominant British aristocracy, men and women, were gripped by a scientific craze. Having first established good relations with the Undersecretaries of State, Franklin then gained entry to their patrician political masters. The latter included Secretaries of State such as the Earl of Shelburne and successive Prime Ministers from the Earl of Bute onwards.

In 1757 Franklin’s ostensible role was to persuade the absentee Proprietors of Pennsylvania, the sons of William Penn, to provide funds to the colonial Assembly on a permanent basis, rather than to govern the colony through discretionary grants. This proved impossible, and by 1760 Franklin was convinced that the only solution was for the Proprietors to lose 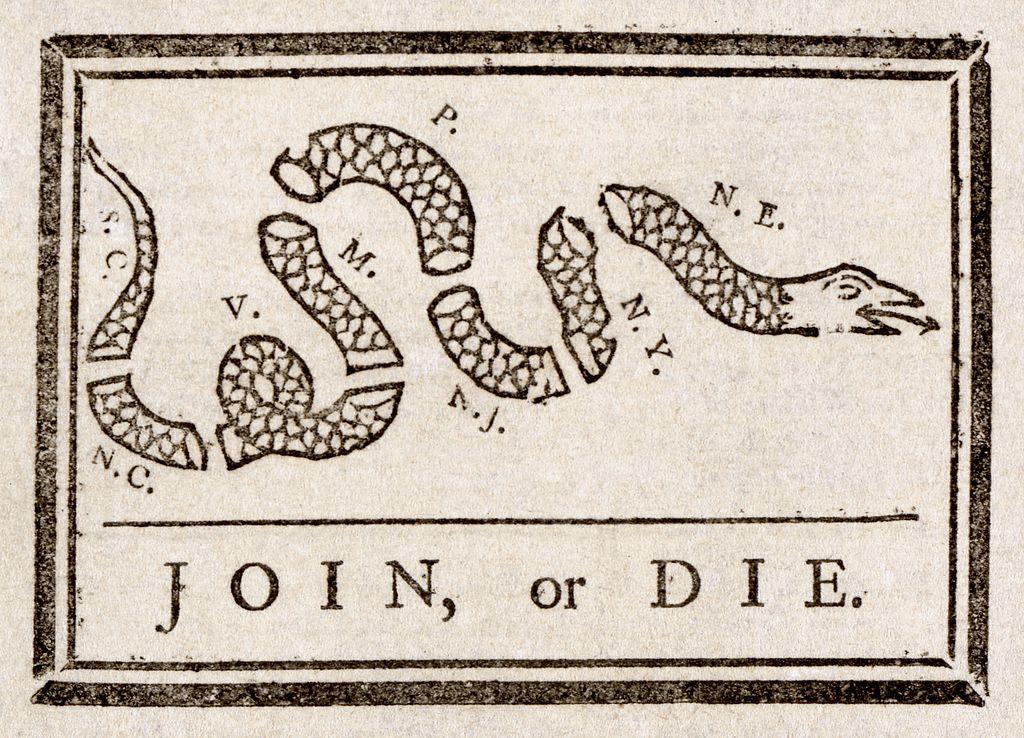 power and for Pennsylvania to become a British Royal colony, controlled directly by the crown instead of by the Proprietors. Franklin’s allegiance was clear and he saw a bright future for British North America. In 1754, he had written, “I look on the Colonies as so many Counties gained to Great Britain.”2 As Deputy Postmaster General for America, he had travelled down the Atlantic seaboard and knew of the land’s rich potential and wanted it for Britain. That same year he had, with Thomas Hutchinson and Thomas Pownall, proposed the Albany Plan, which would have brought the colonies together in a loose confederation under British leadership. The proposed title of the presiding officer is, with hindsight, ironic: it was President General. However, the plan proved too ambitious for both the government in London and for the disunited colonies themselves.

It was after 1763, when the extent and expense of Britain’s military triumph in the Seven Years’ War had begun to destabilize the relationship between Britain and its colonies, that Franklin’s optimism began to come under pressure. Prime Minister George Grenville believed that the Americans themselves should contribute to the cost of the ongoing presence of the British Army on American soil, around £40,000 per year. Grenville rejected Franklin’s suggestion that the money could be raised, and trade stimulated, through the issuing of bills of credit with a 6% annual rate of interest. Instead he approved a Stamp Act in 1765.

The Stamp Act caused uproar in the colonies. The imposition of an internal tax by the British government was unconstitutional according to the colonies’ charters. There was mass protest and outraged citizens burned the houses of stamp collectors. Even Franklin’s Philadelphia home came under threat when it was wrongly thought he had actively supported the Act. However, his reputation was more than restored the following year, when a new government under Prime Minister Rockingham established a committee of the whole House of Commons to consider repeal of the Act. Franklin was the committee’s star witness and the act was duly repealed.3 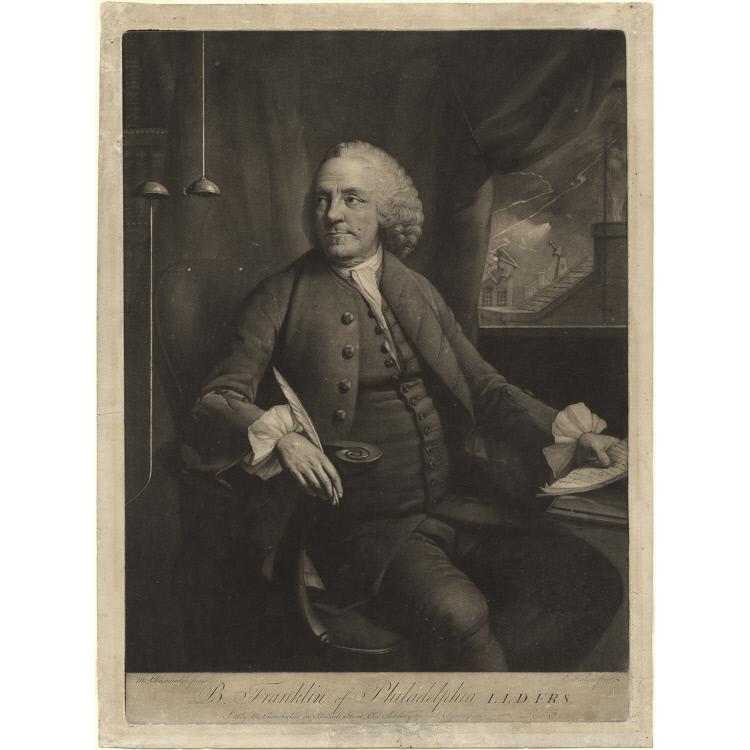 Franklin was happily settled in England. As late as the summer of 1768, he wrote in strictest confidence to his son William that “having lived long in England, and contracted a friendship and affection for many persons here, it could not but be agreeable to me to remain among them some time longer, if not for the rest of my life.”4 Certainly he had an agreeable existence in Britain, with his London life supplemented by summer travels around the British Isles and Europe. In addition he had two homes from home: one was with the Shipleys in Hampshire and the other at Francis Dashwood’s West Wycombe Park.

Yet Franklin was now also troubled by fears for the future relationship of Britain and America. Just a year after the repeal of the Stamp Act, Charles Townshend, the Chancellor of the Exchequer, sparked further uproar in the colonies by introducing duties on glass, paint, paper and tea. By February 1769, Franklin was already writing “Things daily wear a worse Aspect, and tend more to a breach and final separation.”5

From this point, every British government action created a counter reaction in the colonies. This was particularly intense in Massachusetts, whose colonial assembly, along with those for New Jersey and Georgia, had joined Pennsylvania in being represented by Franklin in London.  Franklin, however, far from seeking to widen the divisions, fought long and hard for a rapprochement between Britain and its colonies. Even his notorious leaking of the Hutchinson letters was designed to show the radicals of Boston that it was the Massachusetts Governor rather than the British Government that was intent on their subjection.

The British government’s denunciation of Franklin before the Privy Council, in the wake of the Boston Tea Party, reflected a breakdown in Franklin’s relationship with ministers, but it did not end his search for peace. In early 1775, Franklin and William Pitt, Earl of Chatham, finalized their plan for settling the Anglo-colonial dispute. Chatham, though now an opposition leader, was the man chiefly responsible for Britain’s victory in the Seven Years’ War. His initiative should have been treated with the greatest of respect. It was its contemptuous rejection by the government and the thwarting of a last, despairing effort at negotiation, that made Franklin take ship for America – shortly before a warrant was issued for his arrest. It was only then that Franklin became an enemy to Britain and one of the fiercest American patriots of all.

1. In 1753 the Royal Society awarded Franklin the Copley Medal, the 18th century equivalent of the Nobel Prize.