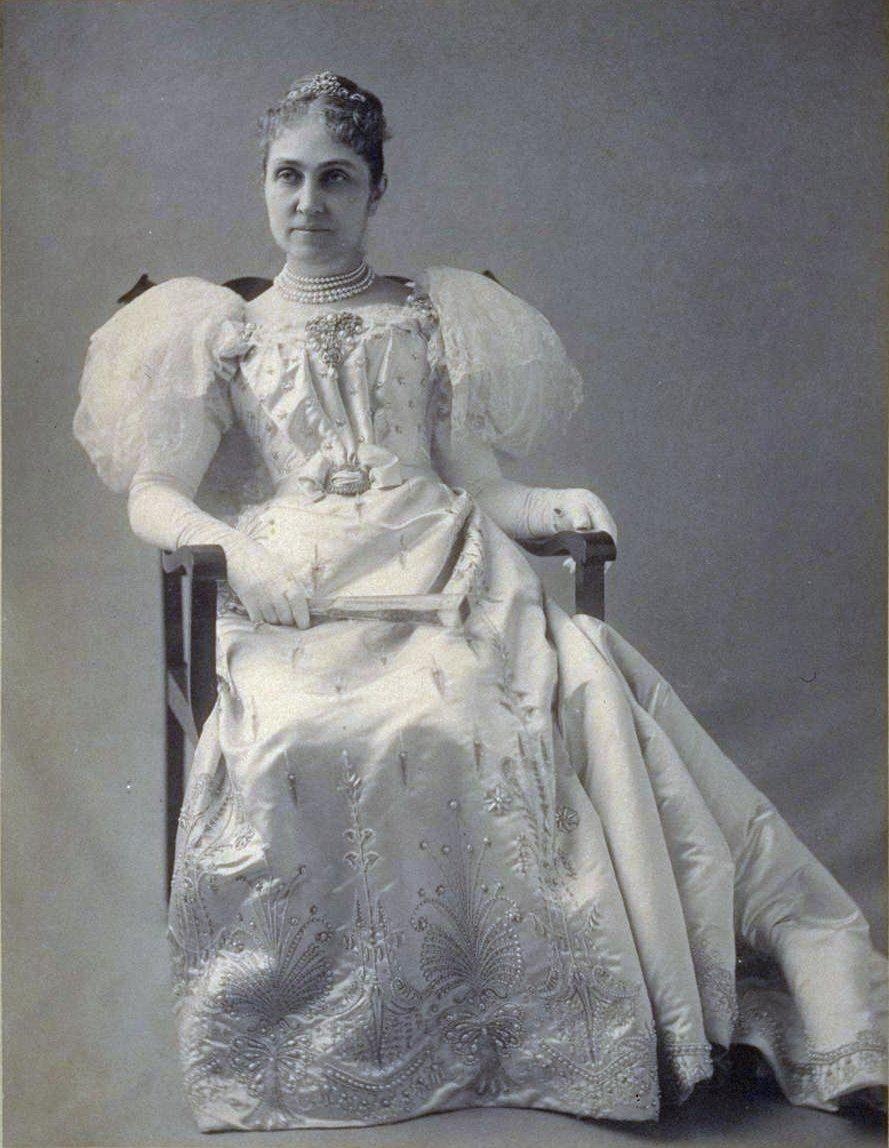 Born in 1842 in Franklin County, Missouri, to a strict Calvinist family of rather simple means, Phoebe Apperson seemed destined from early life to go far beyond her humble beginnings. She studied at home and in private schools to become a teacher and taught as a young lady in rural Missouri schools.

Phoebe Apperson's interest in education would last throughout her life as she became one of the nation's most influential and generous advocates of learning at all levels.

When Phoebe met George Hearst, he had recently returned to Missouri after several years in California following the gold rush. He quickly became smitten with the young teacher. Though he had not yet struck it rich, good business dealings following the Comstock Lode in Nevada had made him wealthy.

He was 22 years her senior, and though an astute businessman, he was considered by many to be nearly illiterate. Following a brief courtship, Phoebe at first refused his proposal for marriage but was eventually talked into accepting by a favorite old uncle.

Following their 1862 wedding, the couple headed west on horseback, by way of the Isthmus, for San Francisco. Once in California, the ambitious George Hearst quickly entered state politics and acquired the 48,000-acre Piedras Blancas Ranch, which would become the site of the famed Hearst Castle. He went on to be a major investor in the largest mining operations in the U.S., including the Homestake in South Dakota and the Anaconda in Montana. In 1880, George Hearst acquired The Daily Examiner (later the San Francisco Examiner) in an arrangement connected to a gambling debt.

Mr. and Mrs. Hearst were the parents of only one child, William Randolph Hearst, born in 1863. William took over newspaper operations from his father in 1887. He would become a towering figure in the American publishing industry.

In 1873, Phoebe Apperson Hearst took her son William Randolph Hearst on a grand tour of Europe, where the two spent more than a year visiting castles, museums, and various cultural centers. This trip would prove to be a pivotal inspiration for William's later construction of Hearst Castle.

In 1886, George Hearst was appointed to the United States Senate to fill the seat left vacant by the deceased senior senator from California. He was subsequently elected in 1887 and served until his death in 1891.

During his years in the Senate, the couple relocated to Washington, D.C., where their magnificent mansion, built in the fashionable Richardsonian Romanesque style, once stood on New Hampshire Avenue near DuPont Circle. Senator Hearst was one of the wealthiest men in America when he died in 1891. Shortly thereafter, Mrs. Hearst, the sole beneficiary of her husband's vast fortune, returned to California.

While living in Washington, Mrs. Hearst became interested in Mount Vernon and was elected the second Vice Regent for California in 1889. She would serve the Association with characteristic commitment and generosity for 29 years, resigning the year before her death due to poor health.

Construction of the Seawall

Probably her most significant achievement at Mount Vernon was providing for the construction of the seawall which protects nearly half a mile of the estate's shoreline from erosion by the Potomac River. Construction began in 1894 and was not completed until 1901.

Mrs. Hearst paid for the installation of the first electrical system at Mount Vernon and provided for the estate's first telephone in 1891.

She donated generously to the Mount Vernon endowment as well as to the Collection. She contributed an important sack-back Windsor chair, reported to have been at Washington's bedside at his death, which she purchased from the granddaughter of Christopher Sheels, one of Washington's enslaved workers. 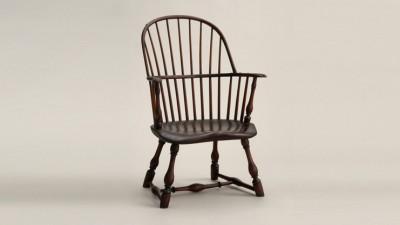 This Windsor chair descended in the family of Christopher Sheels, George Washington's enslaved body servant, with the tradition of having been among the furnishings of Washington's bedroom on the day of his death, December 14, 1799.

These Chinese export porcelain vases appear on the mantel of the New Room in an illustration in Benson Lossing's 1858 publication "Mount Vernon and its Associations." Its Washington provenance remained unquestioned until recent scholarship revealed that the bold painting and awkward proportions were more characteristic of nineteenth-century Chinese porcelain. They may have been purchased by George Washington's nephew, Bushrod, in the 1820s.

explore these objects in the collection

Mother of the University of California

Following her inclination to support education, Mrs. Hearst is known as the "Mother of the University of California," where she created scholarships for women and encouraged architecture by funding an international competition for a master plan for the Berkeley campus.

Phoebe Apperson Hearst was the first female Regent of the University of California, serving from 1897 until her death. In 1900, Phoebe Hearst also co-founded the prestigious National Cathedral School in Washington, D.C.

Mrs. Hearst died on April 13, 1919, at her home in California during the worldwide flu epidemic. She is buried in Cypress Lawn Cemetery in Colma, California.

Continued Support from the Hearst Foundation

Long since her death, Mrs. Hearst's commitment to Mount Vernon continues. The William Randolph Hearst Foundation has honored Mrs. Hearst's love for the estate by providing a grant for the purchase of George Washington's four-volume edition of Don Quixote, and by establishing the Phoebe Apperson Hearst Endowment to support the purchase of historic books and reference materials for the library.

In 1981, the Foundation built the Phoebe Apperson Hearst Gate on the north end of the Mount Vernon estate, through which staff and visitors to the Ann Pamela Cunningham Building enter daily. The Foundation also created a separate endowment fund to support the greenhouse and gardens, as well as state-of-the-art research resources like the Phoebe Apperson Hearst Learning Center, located in the Donald W. Reynolds Museum and Education Center. This resource which allows electronic access to scholarly annotated editions of Washington's voluminous correspondence and other relevant materials regarding the man, his life, and his times.

The Mount Vernon Ladies' Association was the first national historic preservation organization and is the oldest women's patriotic society in the United States. Its pioneering efforts in the field of preservation set an important precedent and have served as a model for many.