The daughter of poet Henry Wadsworth Longfellow, Alice Longfellow ranks as the longest-serving vice regent in the history of the Mount Vernon Ladies' Association. 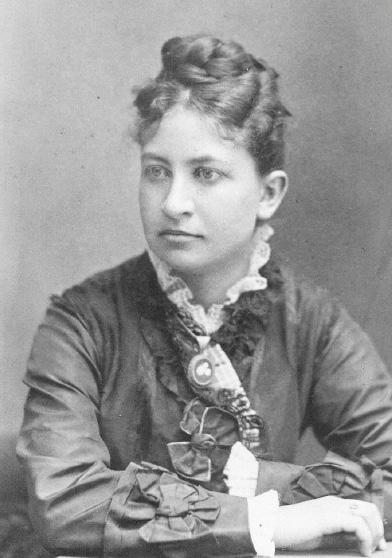 In 1850, one of America's most popular poets visited Mount Vernon. Henry Wadsworth Longfellow wrote in his journal:

Steamed to Alexandria, and then a coach to Mt. Vernon. What a road, good heavens! And in what a dilapidated, squalid condition we found everything there! Nothing fresh and beautiful but the spring, and the situation of the house overlooking a bend in the Potomac.

Later that same year on December 7, 1850, his first daughter Alice Mary Longfellow was born at their family home in Cambridge, Massachusetts. Little could Longfellow have known that this child would grow one day to play such a significant role in the restoration of George Washington's beloved home.

Life in Craigie House and the Influence of Washington

Alice Mary Longfellow began her life surrounded by history and lore associated with The Father of Our Country. She was born at the Vassall House (later Craigie House), where George Washington took command of the Continental Army during the American Revolution, and where he headquartered during the Siege of Boston, from July 1775 to April 1776. 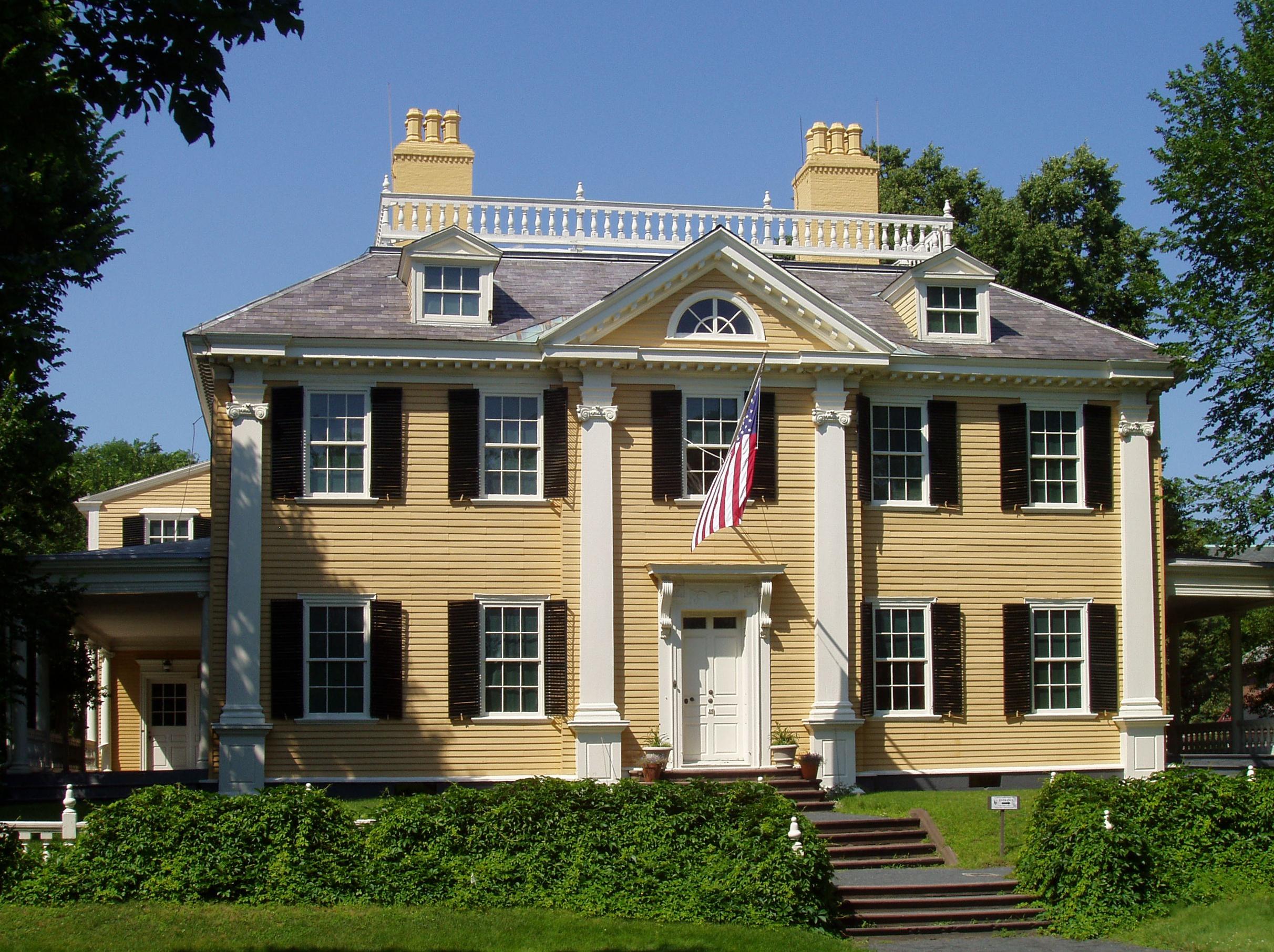 She would spend her entire life in this historic home, which her wealthy grandfather purchased in 1837 for her parents, and her father decorated throughout with an eclectic collection of Washington memorabilia and artifacts. 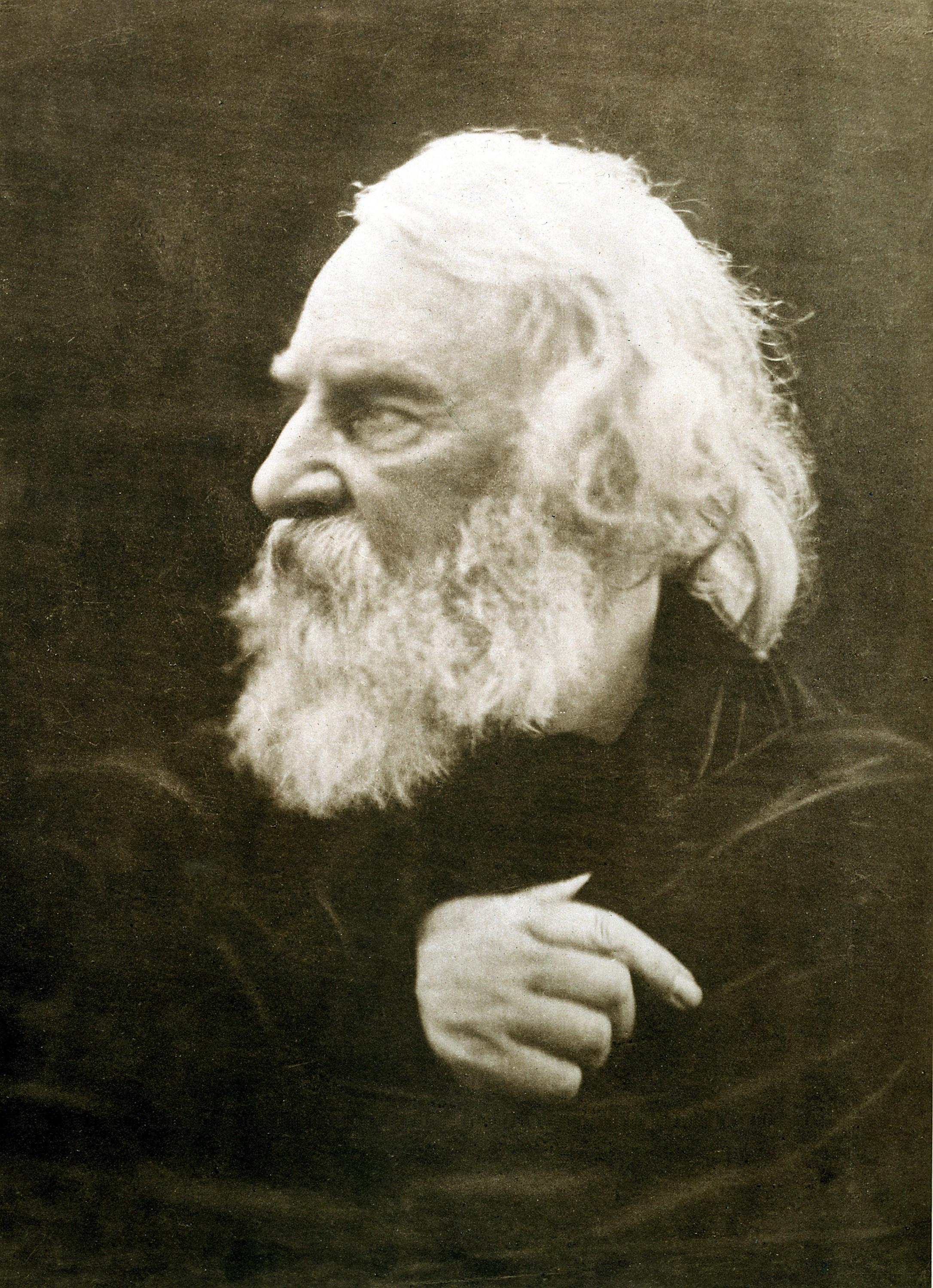 Alice Longfellow grew up with a father who was a world-wide celebrity for such popular poems as Paul Revere's Ride, The Song of Hiawatha, and Evangeline­, works which helped forge important historical and cultural touchstones for a young nation with an emerging identity.

Through her father, Alice was a direct descendant of Pilgrims John and Priscilla Alden, whom Longfellow immortalized in his 1858 poem, The Courtship of Miles Standish. The poem was immensely popular in both the United States and England, and ultimately helped inspire the American colonial revival movement of the late 19th and early 20th centuries.

"Grave Alice" in The Children's Hour

During her early life, Alice Mary Longfellow was well educated and exposed to a wide range of cultural experiences through her father, who was then chair of modern languages at Harvard University.

She became a household name at the age of ten, when her father's famous poem, The Children's Hour, was published in The Atlantic Monthly. Longfellow's poetic description of idyllic family life includes the lines, "From my study I see in the lamplight, descending the broad hall stair, Grave Alice and laughing Allegra, and Edith with golden hair." 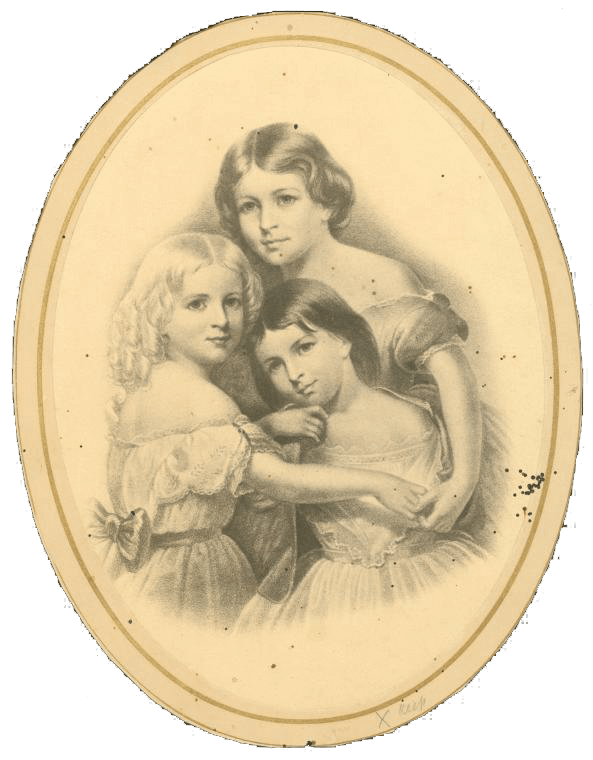 A print of his three daughters was widely circulated with this piece of prose, which remains one of the most frequently cited and favorite American poems.

This happy domestic setting for the growing Longfellow family was not to last. Alice's mother, Fanny Appleton Longfellow, died quite suddenly from severe burn received when her dress accidentally caught fire. Her father, who was himself permanently scarred from trying to rescue his wife, was devastated and never fully recovered.

Help Us Continue Our Mission

Support the ongoing preservation efforts of the Mount Vernon Ladies' Association by becoming a member and receive great benefits.

In 1879 (at the age of 29), Alice Mary Longfellow was elected the second Vice Regent for Massachusetts of the Mount Vernon Ladies' Association. The position had been vacant since the resignation of Mrs. Horatio Greenough in 1865, and Alice immediately went to work on behalf of her state.

During this early period of the Association's history, Vice Regents adopted and furnished individual Mansion rooms and actually stayed in them when attending Council sessions. Alice Longfellow requested and was granted George Washington's Study which became known as the Massachusetts Room.

One of her first challenges was the poor condition of the space. Mary Longfellow noted that, "The ceiling had to be renewed, as well as part of the floor; the broken stone work of the fire­place has to be restored, and the walls and chimney-piece repainted." Miss Longfellow asked that research focusing on "authenticated traditions" be utilized to determine the room's "original coloring".

She then began a long and tedious quest for original furnishings that belonged in the Study. On many occasions, the Association's annual minutes reflect additions to the room, purchased with funds the Vice Regent raised in Massachuetts. 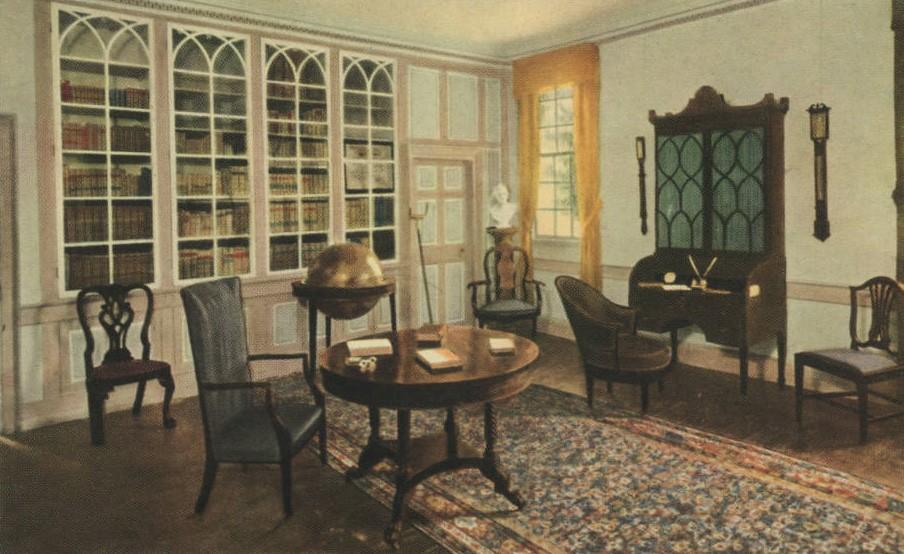 George Washington's Study was referred to as his library in 1905, soon after the Aiken secretary bookcase was returned to its original place in the Mansion, through the determined efforts of Alice Longfellow (MVLA)

Miss Longfellow traveled throughout the state delivering lectures to civic, cultural, and patriotic societies about George Washington, his beloved estate, and the groundbreaking preservation efforts of the Association. Her compelling words not only raised much-needed funds, but also created a broader awareness of the important work being done at Mount Vernon.

It was through her efforts that in 1886, the large painting Great Falls of the Potomac, which was acquired by George Washington in 1797, was returned to Mount Vernon by Theodore Lyman of Massachusetts.

Once back at Mount Vernon, the painting was placed temporarily in the Masachusetts Room, but today can be viewed in its original setting, alongside other paintings of American waterways, in the New Room.

Miss Longfellow's crowning achievement, however, was the return in 1904 of Washington's tambour secretary bookcase which he purchased in 1797 for the "princely sum" of $145 from John Aitken of Philadelphia.

Perhaps the Association's most important piece of furniture, the secretary bookcase was used by Washington during the final months of the presidency and then moved to Mount Vernon. He left it in his will to his good friend and family physician, Dr. James Craik of Alexandria.

Miss Longfellow purchased it with her own funds from the Craik family and returned it to its rightful place in the Study. Today, this private sanctuary of George Washington includes some of the Association's most prized objects, thanks in no small part to the untiring work of Miss Longfellow.

In 1885, the Association established the Library Committee, and Miss Longfellow served as chair intermittently until 1919. Although George Washington's personal library was dispersed at his death, an inventory of the historic collection survived. It was largely through Miss Longfellow and her committee's work that, using this list, many volumes belonging to Washington, as well as duplicates of original editions, were purchased.

Miss Longfellow was also interested in women's education and closely connected with Radcliffe College, a women's liberal arts college in Cambridge founded in 1879, which is today part of Harvard University. She served on the institution's National Advisory Committee and provided generously for the school in her will. In 1929, Longfellow Hall was built on the campus and named in her memory. Today this building is part of the Harvard Graduate School for Education.

Miss Longfellow served for many years as an officer of the Society for the Preservation of New England Antiquities as well as the Cambridge Historical Society. Today her home is owned and operated by the National Park Service as the Longfellow National Historic Site.

Following in her father's footsteps, Miss Longfellow was a world traveler. Her first voyage across the Atlantic was in 1867, when her appetite for the preservation of historic places was first whetted. ln 1927, just a year before she died, she traveled to Italy where she was received by II Duce Benito Mussolini, to whom she pre­sented a copy of her father's landmark translation of Dante's Divina Commedia.

Concerned with the betterment of the nation's African American citizens, she also left money for Tuskeegee Institute and Hampton Normal and Agricultural College.

Alice Longfellow never married and devoted her life to historical, cultural and educational causes. According to her cousin William Sumner Appleton, who founded the Society for the Preservation of New England Antiquities, Alice possessed "clear intellect, practical common sense and sound judgment."

Her 49 years of service to the Mount Vernon Ladies' Association remains to this day, a record of longevity and an example to others.