In honor of the 225 Anniversary of his famed Farewell Address, an all-star panel discusses George Washington’s warnings to and hopes for future generations of Americans.

In honor of the 225 Anniversary of his famed Farewell Address, an all-star panel discusses George Washington’s warnings to and hopes for future generations of Americans.

Teaching Them How to Say Goodbye: Reflections on Washington's Farewell Address

Every day the increasing weight of years admonishes me more and more, that the shade of retirement is as necessary to me as it will be welcome.

JOHN AVLON is an author, columnist, and commentator. He is a senior political analyst and fill-in anchor at CNN, appearing on New Day every morning. From 2013 to 2018, he was the editor-in-chief and managing director of The Daily Beast, during which time the site's traffic more than doubled to over one million readers a day while winning 17 journalism awards.  He is the author of the books Independent Nation, Wingnuts, and Washington’s Farewell as well as co-editor of the acclaimed Deadline Artists journalism anthologies. Avlon served as chief speechwriter to New York City Mayor Rudy Giuliani and won the National Society of Newspaper Columnists award for best online column in 2012.

Avlon has appeared on The Daily Show, Late Show with Stephen Colbert, CNN, Real Time with Bill Maher, PBS, and C-Span.  He has spoken at the Kennedy School of Government, the Citadel, the State Department’s visiting journalist program, and civic organizations around the nation.

He is married to Margaret Hoover, the author of American Individualism and host of PBS's Firing Line. They live in New York City with their son, Jack, and daughter, Toula Lou.

LINDSAY M. CHERVINSKY, PhD, is an expert on the cabinet, presidential history, and U.S. government institutions. She is a Senior Fellow at the Center for Presidential History at Southern Methodist University, the Kundrun Open-Rank Fellow at the International Center for Jefferson Studies, and a Professorial Lecturer at the School of Media and Public Affairs at George Washington University.

She received her B.A. with honors in history and political science from George Washington University, her masters and Ph.D. from the University of California, Davis, and her postdoctoral fellowship from Southern Methodist University.

Previously Dr. Chervinsky worked as a historian at the White House Historical Association. Her writing has appeared in the Wall Street Journal, Ms. Magazine, The Daily Beast, The Bulwark, Time Magazine, USA Today, CNN, and the Washington Post.

Dr. Chervinsky is the author of the award-winning book The Cabinet: George Washington and the Creation of an American Institution.

purchase a signed copy of "The Cabinet"

JOSEPH J. ELLIS is one of the nation's leading scholars of American history. The author of twelve books, Ellis was awarded the Pulitzer Prize for Founding Brothers: the Revolutionary Generation and won the National Book Award for American Sphinx, a biography of Thomas Jefferson. His in-depth chronicle of the life of our first President, His Excellency: George Washington, was a New York Times bestseller.

Ellis' essays and book reviews appear regularly in national publications, such as The New York Times, The Los Angeles Times, The Wall Street Journal, The Chicago Tribune, The New Republic, and The New Yorker. Ellis’s commentaries have been featured on CBS, CSPAN, CNN, and the PBS’s The News Hour with Jim Lehrer, and he has appeared in several PBS documentaries on early America, including “John and Abigail [Adams]” for PBS’s The American Experience and a History Channel documentary on George Washington

Ellis has taught in the Leadership Studies program at Williams College, the Commonwealth Honors College at the University of Massachusetts, Mount Holyoke College, and the United States Military Academy at West Point. He lives in Western Massachusetts with his wife Eillen Wilkins Ellis and two dogs. He is the father of three sons.

purchase a signed copy of "His Excellency" 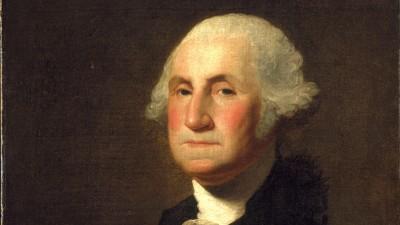 On September 19, 1796, George Washington announced that he would leave the presidency. In this letter to “Friends and Citizens,” Washington warned that the forces of geographical sectionalism, political factionalism, and interference by foreign powers in the nation's domestic affairs threatened the stability of the Republic. He urged Americans to subordinate sectional jealousies to common national interests.

It is an amazing letter to all of us, almost everything that we debate as a nation today has been advised.