Please join us for lunch and compelling discussion with a member of the inaugural class of fellows, as they present their findings and their research at the Fred W. Smith National Library for the Study of George Washington.
Register
Ticketing terms and cancellation policy

On July 22, 2014 at the Rubenstein Leadership Hall in the Fred W. Smith National Library for the Study of George Washington, Trenton Cole Jones, a member of the Library’s inaugural class of fellows, will discuss the results of his research topic, "Deprived of Liberty: Enemy Prisoners and the Culture War in Revolutionary America, 1775-1783"

This is an exclusive members-only event.

Learn more about the benefits of membership 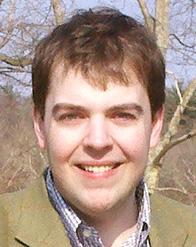 Jones received his Ph.D. from The Johns Hopkins University in 2014. He is a cultural historian of public violence in the eighteenth-century Atlantic world, and is studying the culture of war in revolutionary America by analyzing how revolutionary Americans addressed the problems of capturing and confining enemy prisoners of war.