Join us for lunch and compelling discussion with artist Igor V. Babailov on Wednesday, March 28, 2018. The program will last around one and a half hours, featuring a presentation on Babailov's previous work such as his painting of George Washington titled, My Beloved Country and a live portrait demonstration. A boxed lunch will be provided.

About My Beloved Country 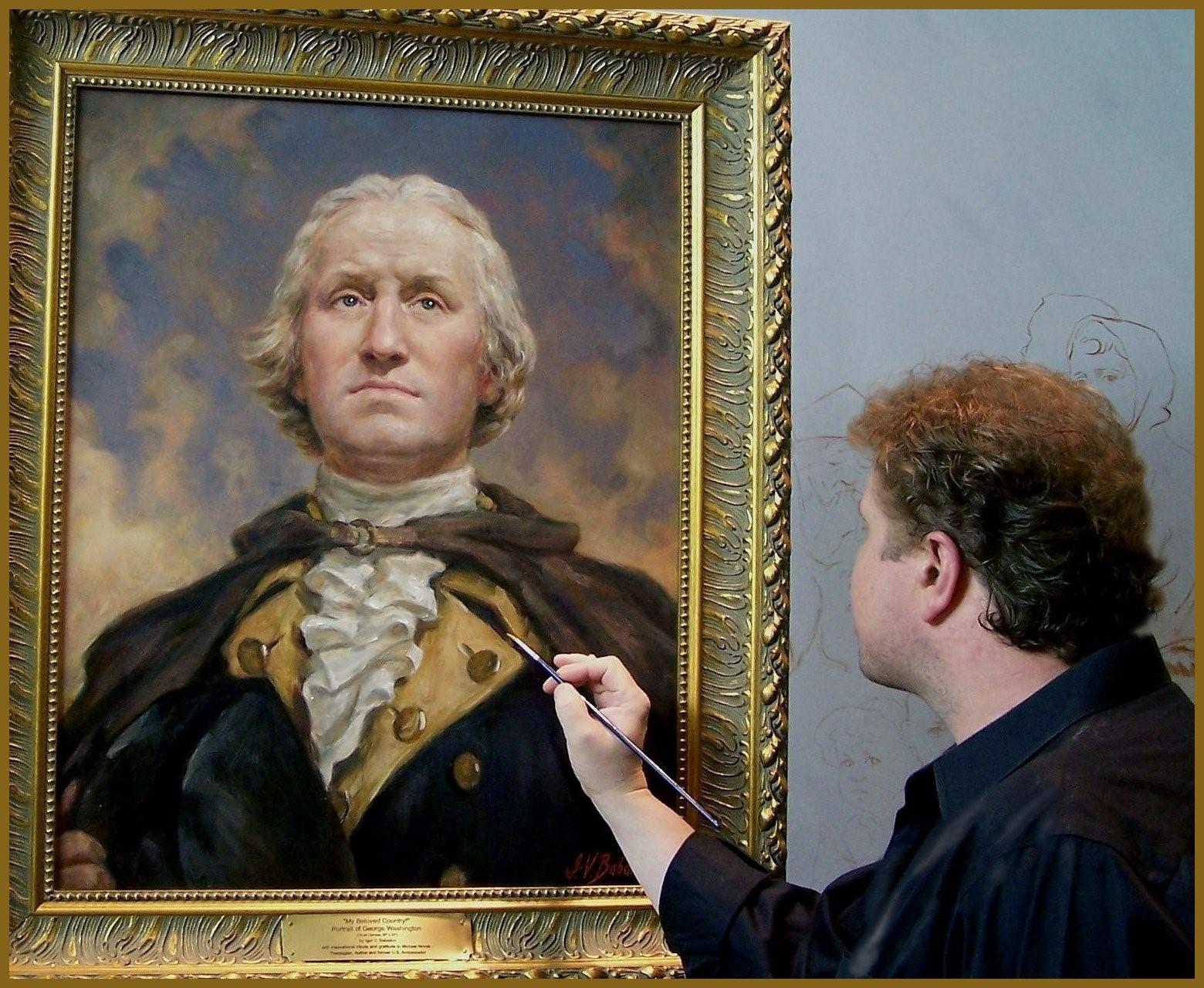 My Beloved Country, the portrait of George Washington, is a tribute to the great man, leader and Founding Father of the United States of America.

It is called "My Beloved Country!" as quoted by President Washington himself in his farewell speech. These timeless words are a call to future generations to hold dear to their hearts, in faith and courage, the great country he was chosen to lead, through divine providence and a victorious labor of love.

This portrait of George Washington is executed in the traditional style, yet it has an entirely new and contemporary approach of the image of the First and the legendary President of the United States of America.

Igor V. Babailov, Hon RAA, KStA, is a world-renowned American portrait painter, Honorary Academician of the Russian Academy of Arts (est. 1757), and one of the most sought after portrait artists of our times.

Deemed Living Master by his contemporaries, he was selected to paint legacy portraits of three living Presidents of three countries, two living Prime Ministers, members of the noble families and British Royalty, and three living Popes for the Vatican.