WASHINGTON AT THE PLOW: The Founding Farmer and the Question of Slavery

by Bruce A. Ragsdale 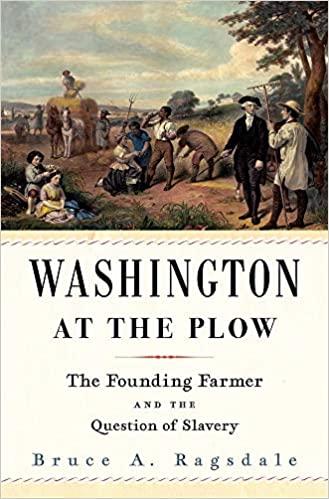 Grounded in primary sources, the book walks readers through Washington’s education and experimentation in agriculture over his life. That education came chiefly from English influences and eventually resulted in Mount Vernon’s transition from tobacco to grains as well as utilitzation of the practice of crop rotation.

Using Washington’s own records, Ragsdale shows the impact of the agricultural innovations on farm labor. He also shows that the profits Washington wanted from his beloved farms could not be met utilizing only enslaved labor.

Washington cared about his influence and his place in history. In his will, he freed his slaves upon Martha’s death. Ragsdale writes, “In his provision for the emancipation of enslaved people, Washington secured his reputation and affirmed his identification with enlightened advocates of improvement on both sides of the Atlantic, but he left the nation no principled statement of opposition to slavery and no practical plan that might have encouraged other planters to end their reliance on enslaved labor.”

Ragsdale’s book may be the first full study of the evolution of Washington’s ideas on the subject through the prism of his title as “First Farmer.”

PERFECTING THE UNION: National and State Authority in the US Constitution 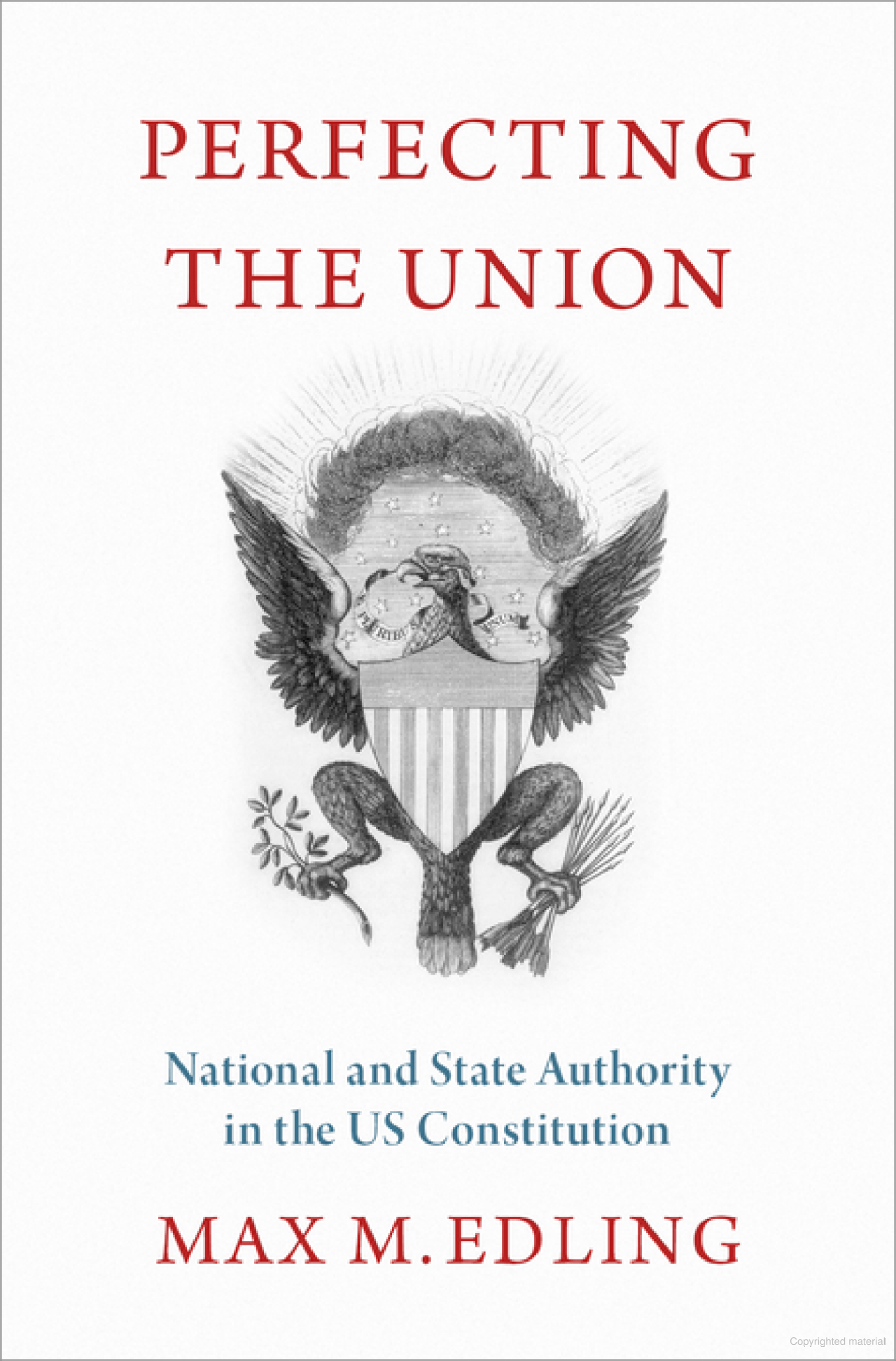 In “Perfecting the Union,” Max M. Edling gifts readers with a new frame for thinking about the Founders’ priorities for the Constitution, with specific attention to the division of power between federal and state governments. His argument emphasizes the Constitution as a document that bound thirteen sovereign states to act as a unit on the global stage, rather than as a document to define a new nation or expand the role of the federal government.

Edling focuses on the body of scholarship used to interpret the Constitution, arguing that while the Constitution changed the structure of national government, it did not change the “purpose of the Union, which remained a political organization designed to manage the relations between American states on the one hand, and between American States and foreign powers, on the other.”

Edling’s well-written and accessible book looks at the period firmly in its historical moment, rather than accepting as inevitable the ideas of nationhood, national identity, or democracy. How we view this, Edling argues, is important to how we view our history, our founding documents, and the role of government today.

THE HOWE DYNASTY: The Untold Story of a Military Family and the Women Behind Britain’s Wars for America 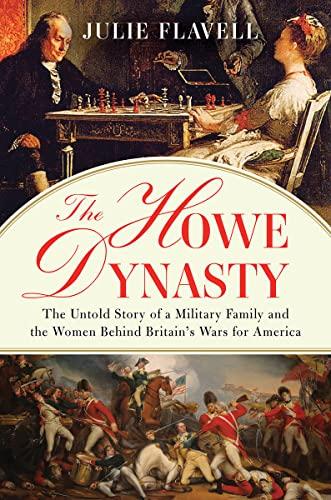 In “The Howe Dynasty,” Julie Flavell expertly uses the mostly untapped letters of Caroline Howe to tell the story of the British family’s influence usually relegated to its failures and ineptitude.

Flavell digs into the roots of the family and reveals how it was the maneuverings of the female members that resulted in the career elevations of George, Richard, and William. She outlines Caroline’s efforts to revive the reputations of her brothers following their leadership of British forces in America as well as the assistance she gave her brother in a secret peace plan just prior to the beginning of the war.

Engagingly written, the book is important for showing behind-the-scenes involvement of elite women in politics and diplomacy, including Caroline’s chess games with Benjamin Franklin. Most importantly, it shows how these women impacted the Revolutionary War far outside their traditional roles. Reviewer Rick Atkinson said, “Flavell’s scholarship and deft storytelling adds nuance, sympathy and granularity to the family portrait.” 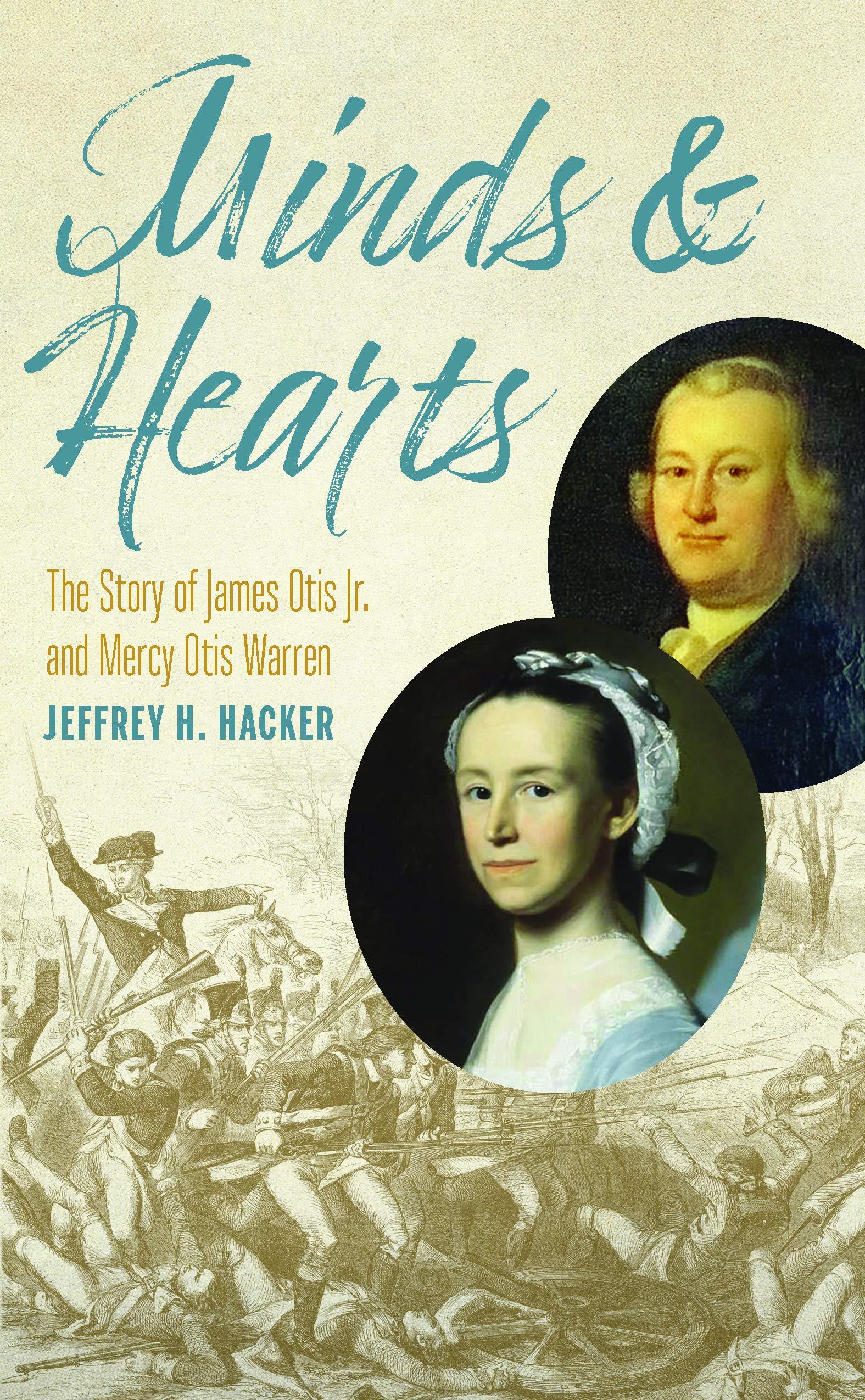 “Minds & Hearts” is a dual biography of two siblings who are often overlooked but were immensely important in the Revolutionary War era. Author Jeffrey Hacker elegantly shows how their intellectual strength and familial love for each other worked together to further their cause.

As a lawyer and politician, James Otis Jr challenged the British customs search and seizure laws with fiery rhetoric. Later, along with Samuel Adams, he rallied colonists against the Stamp Act. But his career was cut short by physical and mental infirmities.

His sister, Mercy Otis Warren, took up the mantle as historian, playwright, and poet; her works appeared in the patriot press, influencing public opinion. Later, her Anti- Federalist pamphlet Observations on the New Constitution, fostered rigorous debate and assisted in the passage of the Bill of Rights.

These writings, along with her correspondence, influenced a wide variety of contemporaries including John Adams, Thomas Jefferson, and Alexander Hamilton. John Adams called her writings “incontestable evidence of real genius.” Of her brother, Adams called James “the earliest and principal founder.”

Beautifully written, the book shows how Mercy Otis Warren was able to influence within the historical confines of her gender. In her brother’s case, it also shows the terrible afflictions of mind and body this period wrought on people who cared mightily about the struggle. 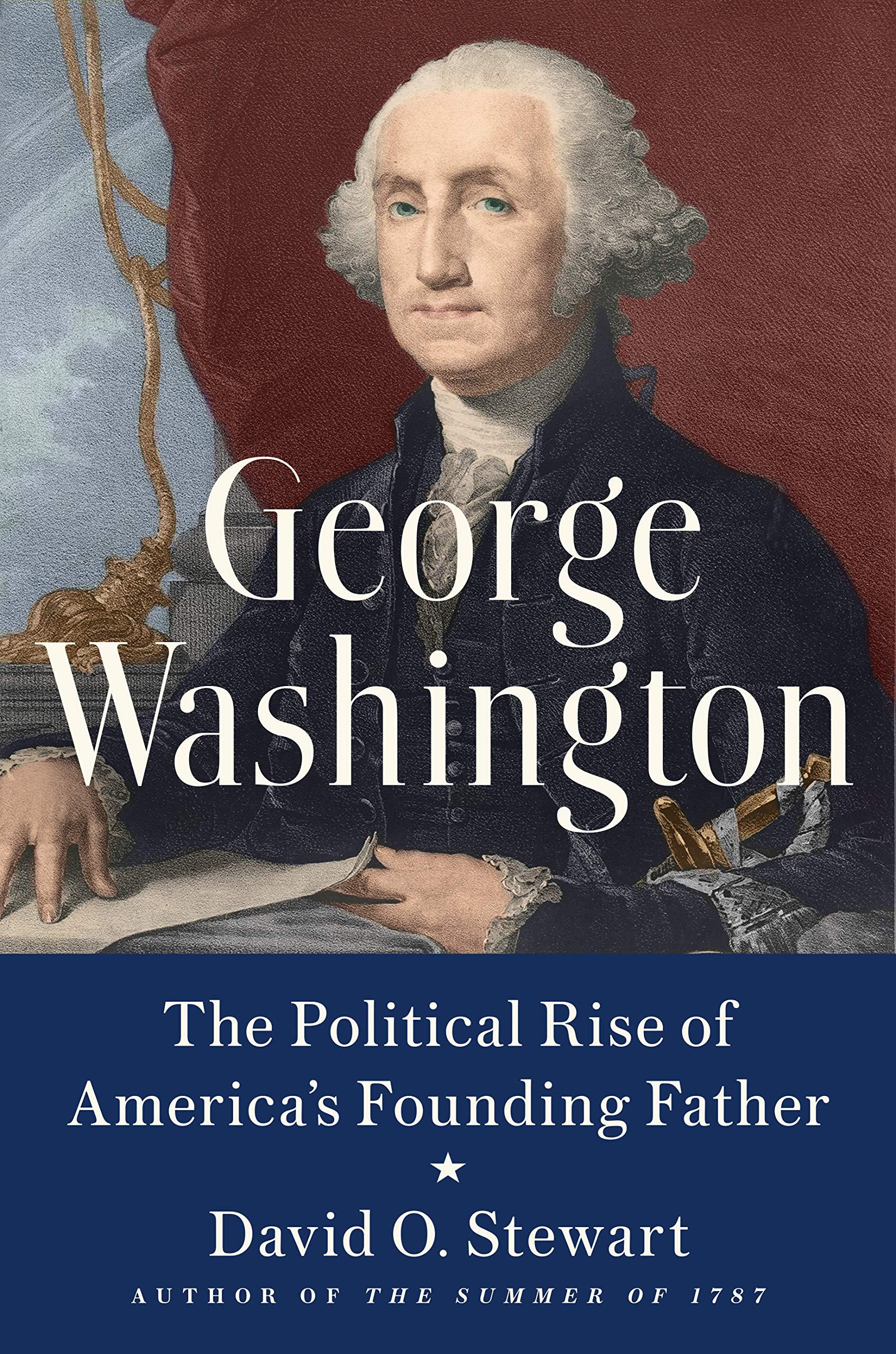 Through the lens of the people and circumstances Washington learned from, David O. Stewart writes a new biography focused on his life as a politician. Well-written in narrative style, Stewart brings both lively stories and scholarly detail to his subject, showing throughout the way the various times in which Washington evolved as a politician.

Stewart divides the book into two parts because, he says, “The George Washington who arrived at the First Continental Congress in 1774 is almost unrecognizable when compared to the man who led the Virginia Regiment two decades before.” The first portion includes the often- ignored 16-year period of Washington’s life when he served in the Virginia House of Burgesses. Stewart shows that it was during this period that Washington really “grows up” and becomes the man to lead his country in war and in peace. The second part includes everything from Valley Forge to the Presidency to, and including, his experience as a slave-owner at Mount Vernon.

Stewart uses various adjectives to explain Washington: complicated, subtle. His book walks through Washington’s early eagerness for distinction and his early military errors. Washington learned from the advice he sought out from his contemporaries while holding to his own points of view. He explains Washington’s outward modesty as an example of political skill.

Stewart’s book shows that George Washington was not always a reluctant leader. Instead, he shows that Washington really did have a political life, one with ambition and savvy.