The Fred W. Smith National Library for the Study of George Washington offers fellowships to support the growing community of scholars whose research focuses on the life and leadership of George Washington and his place in the development of American civic life and culture. Both long and short-term fellowships are available for trained scholars of all professional levels. 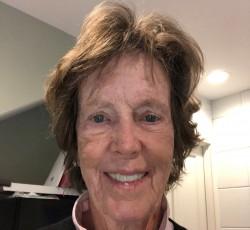 Bride holds a Master's of Liberal Arts in International Relations from Harvard University, as well as a Master’s Degree in Urban and Regional Planning from the University of Pittsburgh.  Her project explores the twelve Sheffield silver wine coolers ordered by George Washington from England during his Presidency, one of which was presented to her ancestor James McHenry and is currently in her possession. These wine coolers reflect the levels of luxury trade with the colonies’ former mother country, which took place after the Revolution, as well as the practice of abundant entertaining at Mount Vernon. 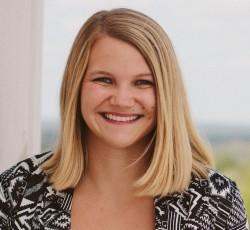 Secession through Washington’s Eyes: The Mount Vernon Ladies’ Association and the Rhetoric of Revolution on the Eve of the Civil War

DeVelvis is a humanities postdoctoral fellow at the University of South Carolina. Her work blends emotions history, literary analysis, and political theory to investigate the developing political consciousnesses of elite white women in South Carolina on the eve of secession. DeVelvis’s research at Mount Vernon will investigate how southern members of the Mount Vernon Ladies’ Association struggled to reconcile their patriotism toward the American Revolution, Early Republic, and George Washington’s legacy with their current desire to leave that same union. DeVelvis is published in the Journal of American Studies and The Washington Post. 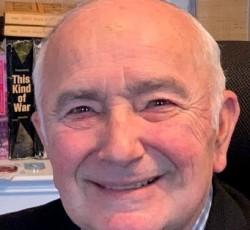 George Washington the Juggler, an Inquiry into Washington’s Wartime Leadership

Dubik is a Senior Fellow at the Institute for the Study of War, and the Institute for Land Warfare. He is also a retired army lieutenant general with over 37 years of active service, who earned his Ph.D. in philosophy from the Johns Hopkins University. He is the author of Just War Reconsidered: Strategy, Ethics, and Theory. He is the former General Omar N. Bradley Chair in Strategic Leadership cosponsored by the Army War College, Dickinson College, and Penn State Law School, a member of the U.S. Army Ranger Hall of Fame, and recipient of the 2017 Thomas B. Hagan Dignitas Award.

Recipient of the James C. Rees Fellowship on the Leadership of George Washington 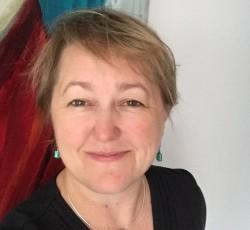 A Plague in New York City: How the City Confronted—and Survived—the Yellow Fever Epidemic in the Founding Era

Eastman is an Associate Professor of History at Virginia Commonwealth University, and the author of two books: The Strange Genius of Mr. O: The World of the United States’ First Forgotten Celebrity, and the prizewinning A Nation of Speechifiers: Making an American Public after the Revolution. Her work is particularly concerned with the connections between civic culture, gender, and print, visual, and oral media in early American history. She serves as a Distinguished Lecturer for the Organization of American Historians. Her most recent piece, “The Fever that Struck New York,” appears in the March 2021 issue of Smithsonian Magazine. 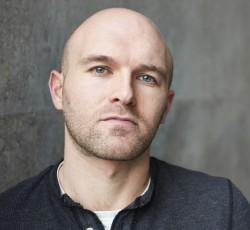 Edwards is a Reader in Transatlantic History at Manchester Metropolitan University (UK). He is a historian of memory, commemoration, and transatlantic relations who has published widely, including a monograph – Allies in Memory: World War II and the Politics of Transatlantic Commemoration – which was shortlisted for the Royal Historical Society’s Gladstone Prize. He is a former Fulbright Scholar, a Fellow of the Royal Historical Society, and in 2019, was a Visiting Research Fellow at the Rothermere American Institute, University of Oxford. He is also currently working on a history of the American military presence in Britain during the First World War. 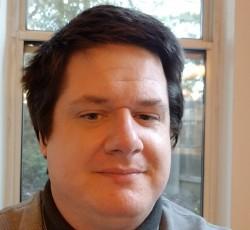 Slaves of the Revolution: Enslaved Public Labor in the War for Independence

Gallagher is a Ph.D. Candidate at the University of California, Davis. His project explores how enslaved people's labor and resistance at patriot public works shaped the politics of slavery in the American Revolution. In providing a social history of state-owned Black women and men in forges, shipyards, and tanneries, he shows that how patriots won independence proved as politically consequential as why they did. 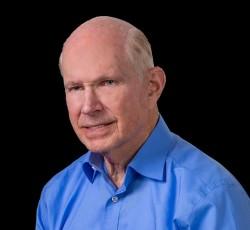 Fire and Ice: The Relationship Between George Washington and John Adams 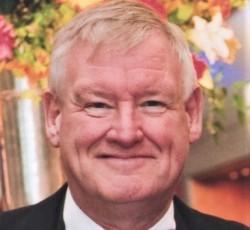 Kukla earned his Ph.D. from the University of Toronto, where he focused on American, British, and Canadian history. He directed research and publishing at the Library of Virginia in the 1970s and 80s; directed the Historic New Orleans Collection in the 1990s; and directed Red Hill–The Patrick Henry National Memorial in Charlotte County, Virginia from 2000 to 2007. His three recent books, A Wilderness So Immense: The Louisiana Purchase and the Destiny of America; Mr. Jefferson's Women; and Patrick Henry: Champion of Liberty (which was a finalist for the 2017 George Washington Prize) embody his goal of writing first-rate historical scholarship for a general readership. All were Book-of-the-Month and History Book Club selections. 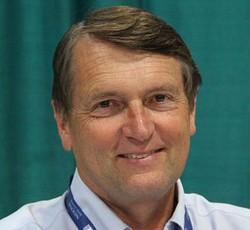 Liberty and Slavery in Revolutionary America

Larson is a University Professor of history and holds the Hugh & Hazel Darling Chair in Law at Pepperdine University. He is the author of thirteen books, including The Return of George Washington: Uniting the States, 1783-1789; and Franklin & Washington: The Founding Partnership, plus more than one hundred published articles addressing issues of law, politics, science, or medicine from an historical perspective. He received the 1998 Pulitzer Prize for History for his book Summer for the Gods: The Scopes Trial and America's Continuing Debate Over Science and Religion. 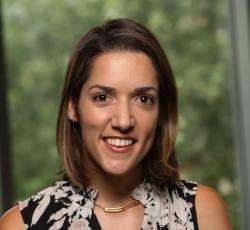 Wharfed Out: Improvement and Inequity on the Early American Urban Waterfront

Lasdow is an Assistant Professor of History and Director of the Public History Concentration at Suffolk University in Massachusetts. Her research focuses on architecture, city building, and material culture in the early national period. Her project explores the roots of architectural investment and economic exclusion in waterfront cities. She examines the stories of the elite merchants who funded monumental wharf and warehouse projects, alongside the tales of the ordinary men and women who organized protests and launched reclamation efforts. Studying the ways in which Americans have built waterfront infrastructure for centuries can help us better understand our continued, complex relationship to the spaces around us. 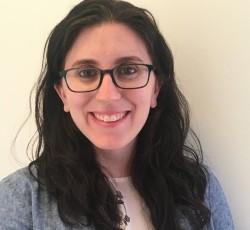 Thus Much for Politicks: American Women, Diplomacy, and the Aftermath of the American Revolution

Liebman is a Ph.D. Candidate in history at the Graduate Center, City University of New York (CUNY). Her dissertation (degree expected 2021) argues that American women acted in diplomatic capacities abroad during the Age of Revolutions. Liebman analyzes the different methods elite early American women used to conduct unofficial politics and diplomacy in Europe demonstrating the ways gender inflected diplomacy and politics at the end of the eighteenth century. 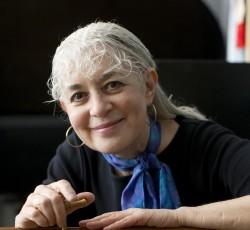 The Washington Harpsichord and its Repertoire: The Music Books of Eleanor Parke Custis

Lindorff is a Professor of Keyboard Studies in the Boyer College of Music and Dance at Temple University. Her research focuses on late 18th-century keyboard instruments and home music-making, specifically cultural and expressive aspects of the  harpsichord purchased by George Washington for Nelly Custis. As a performer Dr. Lindorff is featured in the video, “Silent No More: Mount Vernon Makes Harpsichord History” (J.W. Pepper), and her CD recordings include music from The Harpsichord Miscellany, a volume owned by the Washington family. She earned degrees at Sarah Lawrence College, University of Southern California, and The Juilliard School, and held a Mellon Post-Doctoral Fellowship in the Humanities at Cornell University.

Fellowship made possible through the generous support of J. W. Pepper & Son, Inc. 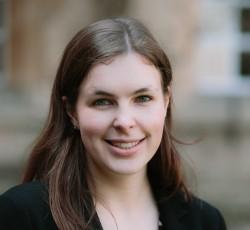 Mallon is completing her D.Phil. in U.S. History at Oxford University. Her research explores the relationship between the federal government and the several state governments in the early national period, and demonstrates that the consent and cooperation of state governments continued to be crucial to the success of national policy initiatives long after the advent of government under the Constitution in 1789. Mallon’s research at Mount Vernon will focus on George Washington’s personal and professional relationships with the state governors alongside whom he governed during his presidency. Mallon holds a B.A. and a M.St. from Oxford. 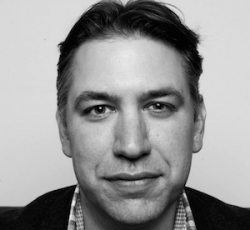 Nature’s Power: The Political Ecology of the Passaic River

Murphy is an associate professor of history and co-director of the Mediterranean Displacements Project at Rutgers University-Newark. He is the author of Building the Empire State: Political Economy in Early America, which shared the 2016 James H. Broussard First Book Prize from the Society for Historians of the Early American Republic. He also won an article prize for a portion of that work published in The William and Mary Quarterly. Murphy’s project explores the political ecology and political economy of the Passaic River and its role in the industrial development of the United States. 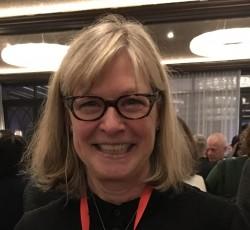 Claiming Liberty: A Family History of Race, Gender, and the Meaning of Freedom

Snyder is a Professor of American Studies at California State University, Fullerton, where her research focuses on the history of gender, race, and the law in British North America. She is the author of two books: Brabbling Women: Disorderly Speech and the Law in Early Virginia, and The Power to Die: Slavery and Suicide in British North America. Most recently, she coedited a collective biography, As If She Were Free: A Collective Biography of Women and Emancipation in the Americas, which will be published by Cambridge University Press in 2020. 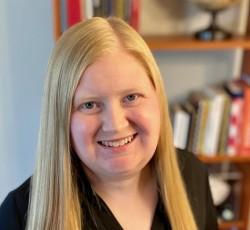 Swain is a Ph.D. Candidate at George Mason University, and co-editor of Current Research in Digital History. At the Roy Rosenzweig Center for History and New Media, Swain has served as a Digital History Fellow and key collaborator on several National Endowment for the Humanities-funded projects. Swain’s research combines her interests in early American history and digital history through a geospatial analysis of three generations of the George Mason family during the eighteenth and early nineteenth centuries. Her work explores how the Potomac River and other local waterways acted as conduits for network-building—mediating kinship, commercial and agricultural networks, and creating webs of women and enslaved people.