Imagine the Father of Our Country whistling for his hound, Sweetlips...or rubbing the ears of his coach dog, a Dalmatian named Madame Moose. When it came to pooches, George Washington had a sense of humor – and a tender side, too.

During his lifetime, Washington kept dogs from pretty much each of the seven groups (Sporting Group; Working Group; Herding Group; Hound Group; Terrier Group; Toy Group; and Non-Sporting Group) into which the modern American Kennel Club divides the more than 100 breeds they recognize. Records show that he owned French hounds Tipsy, Mopsey, Truelove, and Ragman - just to name a few. Greyhounds, Newfoundlands, Briards, and various types of spaniels, terriers, and toys also called the estate home.

And they too probably had awesome names.

An avid fox hunter, Washington’s pack of hounds were provided with shelter and fresh water from a spring running through a kennel, which was located about 100 yards south of the original family tomb. The General personally inspected the kennel each morning and evening and took time to visit with his dogs.

Dogs brought comic relief to the Washington clan, as seen in the infamous tale of the beloved (and brazen) French hound, Vulcan.

The mischievous Vulcan ambled into the Mount Vernon kitchen on the very day Mrs. Washington had ordered a fine ham for dinner. Excited about this menu, Vulcan sunk his teeth into the savory prize and carried it cleanly away as the enslaved kitchen staff chased after him. 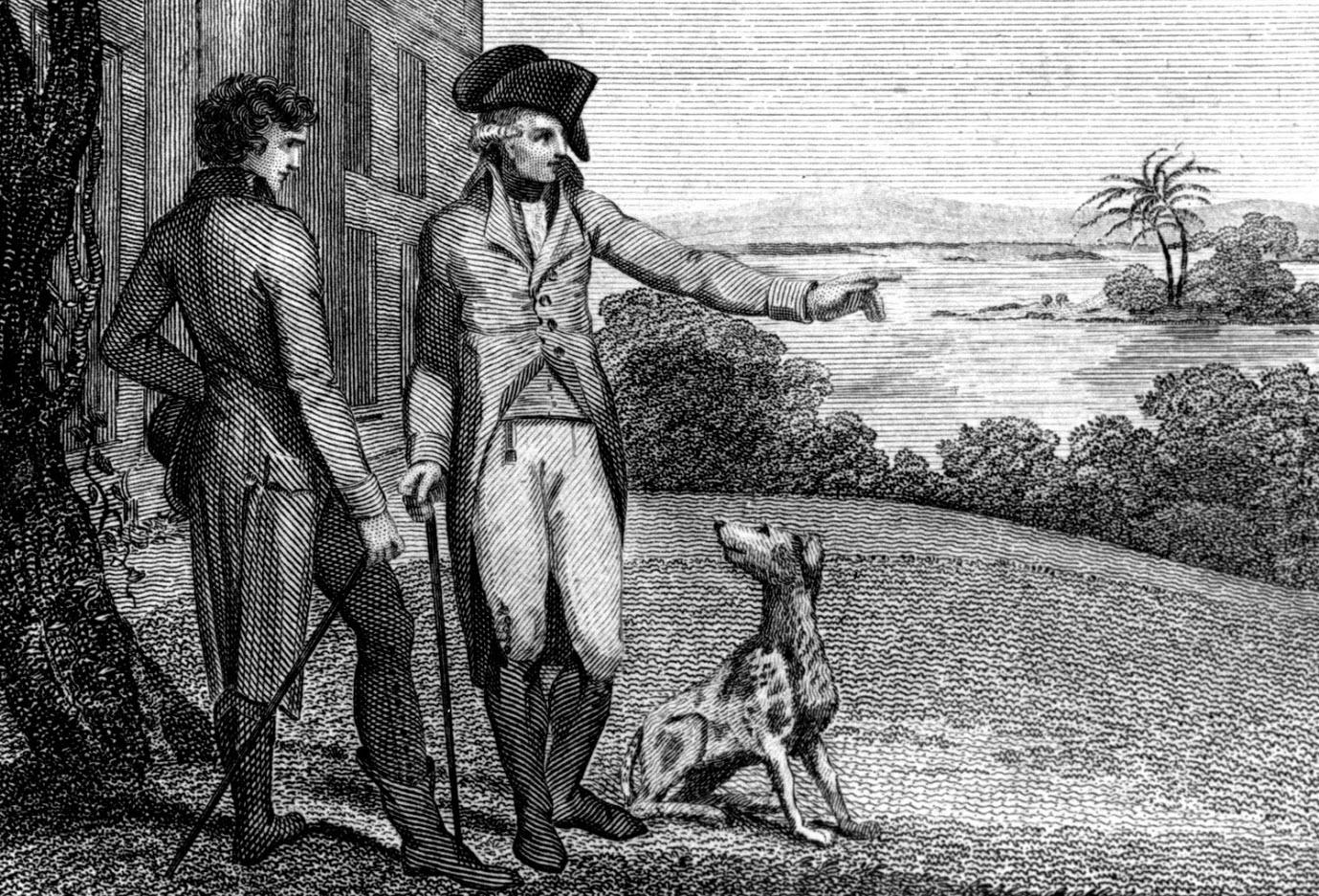 That evening Mrs. Washington, entertaining guests, asked why her esteemed ham was missing from the table. Frank the butler reluctantly explained the story. The guests chuckled, but the General laughed heartily.

Mrs. Washington was far from pleased, but the same could not be said for the triumphant Vulcan. He no doubt enjoyed the finest meal in Virginia that night – man or beast.