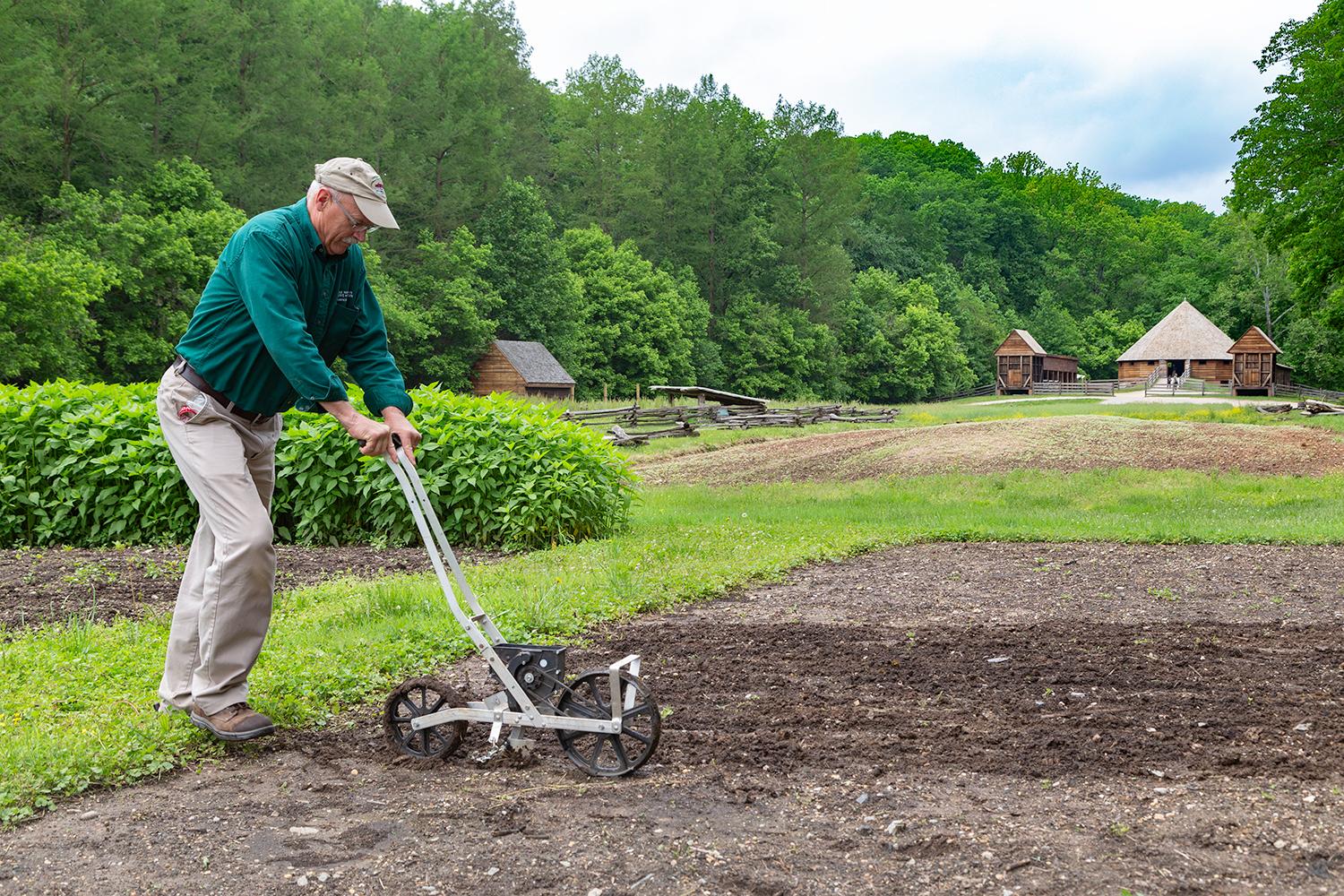 Project to Illuminate Washington’s Role as a Farmer

MOUNT VERNON, VA—Mount Vernon recently planted an industrial cultivar of hemp on the four-acre Pioneer Farm site to expand its interpretation of George Washington’s role as an enterprising farmer. Under the 2015 Industrial Hemp Law enacted by the Virginia General Assembly and working with the Dr. Michael Timko with the industrial hemp research program of the University of Virginia, Dean Norton, planted industrial hemp seeds across a 1,000-square- foot area. As the first historic home of the founding fathers to plant hemp, Mount Vernon will use the plant as an interpretative tool to help better tell the story of Washington’s role as a farmer. Once harvested, Mount Vernon will use the hemp to provide fiber-making demonstrations in late summer.

“Through this program, we have been able to return a primary crop to Mount Vernon that has not been grown since Washington’s time which is extraordinary,” said Mount Vernon director of horticulture, Dean Norton. “The processing of hemp will help to expand our rich agricultural interpretive program.”

Washington cultivated hemp at Mount Vernon for many years. His hemp crop was strictly the industrial cultivar needed for the production of rope, thread, canvas, sailing cloth, fishing nets, and other industrial applications used on the plantation in the 18th century.

At one point in the 1760s Washington considered whether hemp would be a more lucrative cash crop than tobacco but determined that wheat would be a better alternative. During the period when he was considering hemp, he wrote to his agents in England in the hope of determining the costs involved in production and shipping.

Although Washington’s initial interest in hemp was to determine if it could be a viable cash crop, he proceeded to cultivate it just to meet the needs of his own plantation.  Hemp was used at Mount Vernon for rope, thread for sewing sacks, canvas, and for repairing the seine nets used at the fisheries.

Washington’s diaries and farm reports indicate that hemp was cultivated at all of his five farms. In February 1794, Washington wrote to his farm manager, William Pearce, “…I am very glad to hear that the Gardener has saved so much of the St Foin seed, and that of the India Hemp…Let the ground be well prepared and the Seed (St. Foin) be sown in April. The Hemp may be sown anywhere.”