The 1776 Siege of Charleston, South Carolina, was a short but important military episode in the early years of the American Revolution.

The Southern Strategy was a plan implemented by the British during the Revolutionary War to win the conflict by concentrating their forces in the rebelling southern colonies.

Today Fort Moultrie has been restored, and visitors moves steadily backwards in time from the World War II Harbor Entrance Control Post to the site of the Palmetto-log fort of 1776.

Moultrie likely came to George Washington’s attention for the first time in mid-1776 when Washington learned of Colonel Moultrie’s brave and dramatic June 28 defense of a small fort constructed of sand and palmetto logs on Sullivan’s Island at the entrance to Charleston harbor. Moultrie’s success against what seemed to be an irresistible British naval attack denied Charleston to the British and temporarily prevented the establishment of a British foothold in the south. Maj. Gen. Charles Lee wrote to Washington a few days after the battle that Moultrie deserved the highest honors. Moultrie subsequently received the thanks of the Continental Congress and a promotion to the rank of brigadier general.1 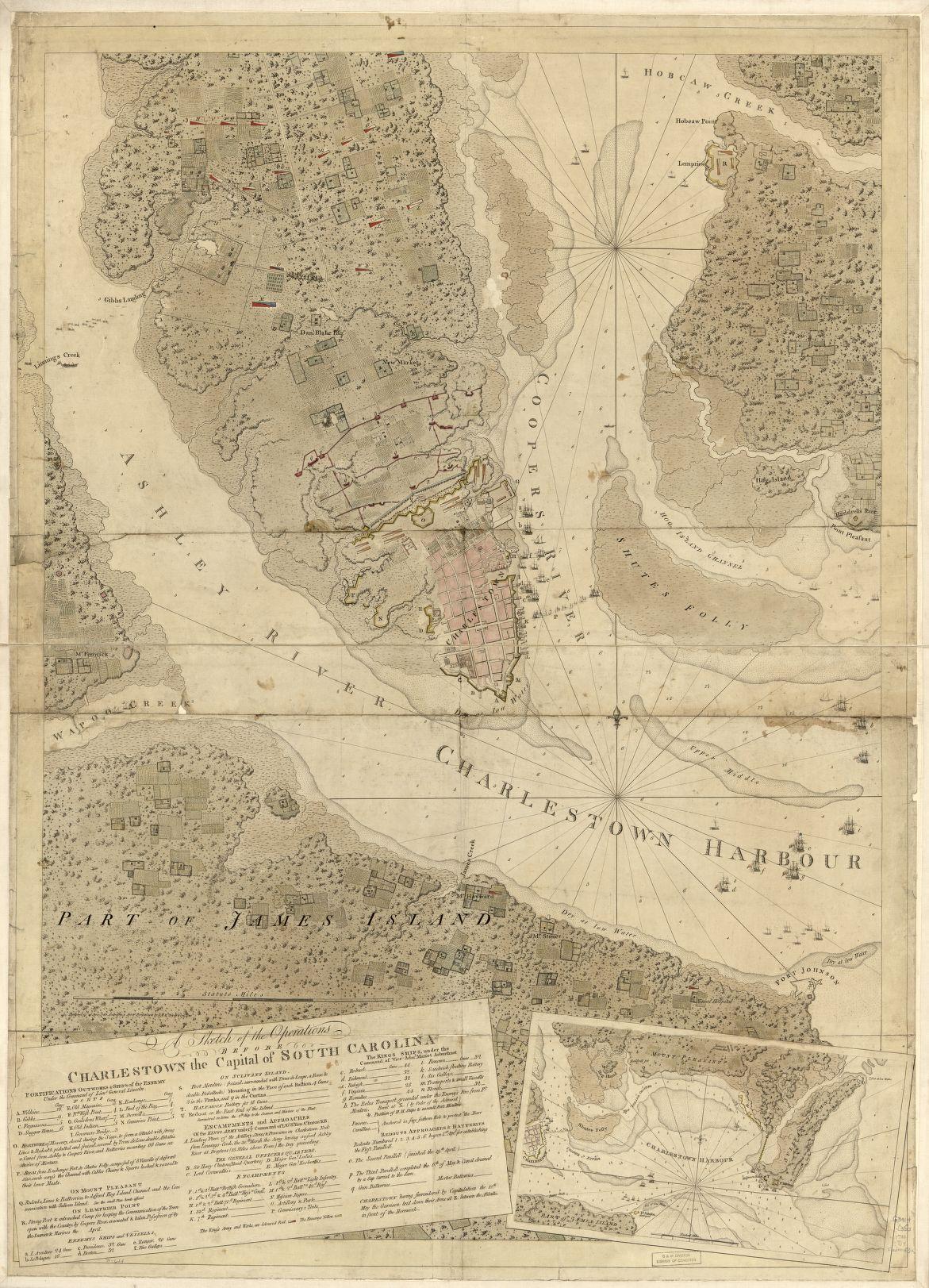 In 1779 General Moultrie managed a brilliant tactical retreat through the South Carolina lowcountry and successfully withstood a short British siege of Charleston from the landward side by Brig. Gen. Augustine Prévost. Moultrie was second-in-command under Maj. Gen. Benjamin Lincoln when Charleston finally capitulated to Maj. Gen. Sir Henry Clinton in May 1780. As the senior ranking Continental prisoner of war in Charleston, he honorably advocated on behalf of his fellow captives against their sometimes-harsh British captors. When offered an opportunity to desert to the British in order to regain his freedom and lost property, he reacted with abhorrence. To the former British governor of South Carolina Charles Greville Montague he declared, “Could I be guilty of so much baseness I should hate myself and shun mankind.”2

William Moultrie and George Washington became personally acquainted on August 30, 1781, when their paths crossed at a dinner given in Philadelphia at the home of Robert Morris. Moultrie was on parole from captivity in Charleston and Washington was en route to Yorktown. The two generals did not meet again for a decade though they periodically corresponded on such matters as the Society of the Cincinnati, the construction of a canal in South Carolina, and coastal defense.3

President Washington visited South Carolina during his 1791 southern tour, and during that period Moultrie served as his host and escort, accompanying the president to parades, balls, banquets, tours, and private dinners. They visited the site of Moultrie’s 1776 triumph against the British on Sullivan’s Island, and they walked the battle lines of the catastrophic 1780 siege of Charleston.4

Moultrie entertained Washington in his home on the evening prior to the president’s departure from Charleston, and afterwards he shipped to Mount Vernon a number of plants desired by Washington. It is evident from their correspondence during this interval that the two old soldiers had formed a bond of friendship. Moultrie always considered the time of Washington’s visit among his happiest days. Both men anticipated with pleasure the fulfillment of Washington’s open invitation for General and Mrs. Moultrie to visit Mount Vernon.5

A lasting friendship between Washington and Moultrie was not to be. An escalation of the French Revolution (1789–1799) threatened to draw the nascent United States into an international conflict. Moultrie, in 1793 during his second term as governor of South Carolina, embraced republican ideology and subverted the president’s foreign policy by allowing the arming of French privateers in Charleston. The Washington administration ordered him to end his support of the French, and for a while rumors circulated in the press that he would face impeachment for his actions.6

Nor was Moultrie’s estrangement with President Washington lessened by Moultrie’s friendship with the young French minister Edmond Charles Genet (Citizen Genet). Genet’s defiant and intemperate behavior toward Washington, combined with his efforts to circumvent presidential authority, provoked the president to demand his recall by the French government. For his involvement with Genet, Moultrie was excoriated in the Federalist press.7

Financial misadventures left Moultrie practically destitute in his latter years, yet in 1802 he managed to assemble and publish his personal papers as the two-volume Memoirs of the American Revolution, an important primary source that is often quoted in other works and is still regarded as one of the best personal accounts of the Revolutionary War. William Moultrie is credited with designing South Carolina’s first state flag, “a large blue flag made with a crescent in the dexter corner,” and his heroic 1776 defense of Sullivan’s Island was later commemorated by the addition of a palmetto tree to the flag. This rendition of South Carolina’s flag remains in use to the present.8

8. William Moultrie,  Memoirs of the American Revolution so far as it Related to the States of North and South-Carolina, and Georgia, vol. 1 (New York: David Longworth, 1802), 90–91.

Moultrie, William, Memoirs of the American Revolution so far as it Related to the States of North and South-Carolina, and Georgia. 2 vols. New York: David Longworth, 1802.