The Revolutionary War was also in many ways a civil war. Approximately one-fifth of Americans supported Britain during the Revolution, although their exact numbers are uncertain due to the inherent difficulty in determining who qualified as a "Loyalist." After the war's conclusion, the British Parliament used a four-part scheme for determining which exiles were entitled to compensation for losses sustained in support of the king's government. Those entitled to the greatest compensation were individuals who had fought against the revolutionaries, lost property, faced physical assault, or had been forced into exile as a result of their behavior.

Overt Loyalists are easier for historians to track. These Loyalists expressed their political dissent in some unambiguous manner, writing letters in support of Parliamentary action, spying on their rebel neighbors, defying the non-importation agreements, or fighting in the king’s forces. However, many other colonists disapproved of the Patriot protests, or opposed American independence, but were quieter in their opposition.

Patriot opponents found the Loyalists's motives easy to explain: they were "self-interested men," greedy parasites who profited from the imperial connection, or weak and cowardly individuals who feared anarchy more than they appreciated liberty. The truth was more complex. Aside from Crown officials, who did generally side with what they called the "friends of government," there was not a common determinant for who ended up on the Loyalist side. The Loyalists came from every social class in colonial society, every occupation, and every region on the continent.

Loyalist individuals were inspired to action or inaction by a variety of motives, only some of which had to do with ideological concerns. Crown officials might have become Loyalists because their careers were dependent on royal patronage—or because they better understood imperial politics, enough to discount claims of a grand British plot to reduce America to slavery. Other Loyalists, particularly individuals who had run afoul of patriot mobs, may well have been fearful of society tumbling into anarchy and "mob rule"—a legitimate fear in an era of limited coercive government control. 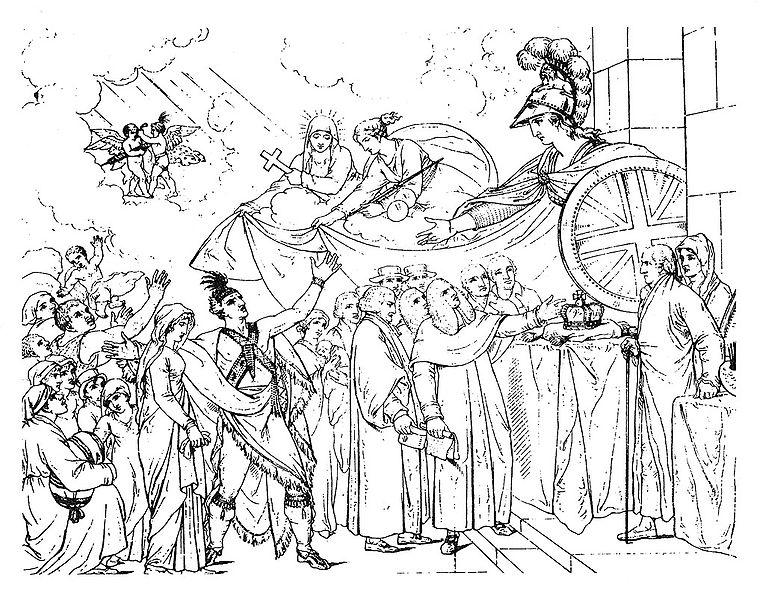 Many ordinary citizens, inclined to neutrality, were reluctantly forced to choose between the two sides by unfolding events. The Patriots' use of non-importation agreements and loyalty oaths in the late 1760s and 1770s pushed many neutrals into active opposition. During the military conflict, the occupation of territory also put pressure on the inhabitants to choose a side, as neutrals tended to be harassed by both armies.

Personal decisions might have little to do with one’s views on imperial policies. A significant number of pacifist Pennsylvania Quakers were forced into the Loyalist camp by Patriot demands for military service, even though their political views were often neutral or even sympathetic to the rebels’ cause. Some decisions were driven primarily by economic concerns. Tenants in upstate New York, crushed by high wartime taxes and high rents imposed by Patriot landlords, staged insurrections that coincided with the British invasion of the area.

Ethnic prejudice could also factor into the decision. In New England, recent Scottish immigrants faced considerable prejudice from the largely Anglo populace. This tended to make them less sympathetic to anti-British demonstrations led by many of their old antagonists. Many Native American groups, including five of the six Nations of the Iroquois, joined the British side because they believed British government would be more likely to honor their land claims than an independent United States. Finally, British promises of freedom in exchange for military service lured thousands of slaves away from Patriot plantations.

The British loss of the American Revolution meant that many Loyalists would never return to America. Between 60,000 and 80,000 Americans left the country by 1783. Around 7500 of them settled in Great Britain, while others made homes in the Caribbean, Spanish Florida, or Canada, or alternatively attempted to return to the United States. Most Loyalists faced considerable hardship in their new homes. Although Parliament attempted to recompense them for their losses, many suffered from poverty and homesickness. Most tragic was the fate of the thousands of Black loyalists. Most ended their lives dying of disease or in poverty in Canada or England, or were resold into slavery in the Caribbean.1

Even after the war's conclusion, many Loyalists remained gloomy about the new nation’s prospects. In February of 1786, merchant James Clarke wrote of his lost home in Newport: "My Attachment to our native Country is so fervent and sincere that I could freely give up my Life, and Ten Thousand more if I posses them, could I restore dear Rhode Island to its former happy, happy Situation."2 Others lived to regret their choice. Massachusetts merchant Samuel Curwen, writing from Exeter, England in early 1777, admitted that he now would have faced "insults, reproaches and perhaps a dress of tar and feathers" rather than his present life of exile. He concluded, "Wherever I turn mine eyes I see ruin and misery all around me."3

Notes
1. Cassandra Pybus estimates that of the approximately twenty thousand slaves who fled to British lines over the course of the war, only around two thousand successfully gained their freedom at war's end. Pybus, "Jefferson's Faulty Math: The Question of Slave Defections in the American Revolution." WMQ 62, no. 2 (Apr. 2005): 243-64.

Nicolson, Colin. "A Plan 'To Banish All the Scotchmen': Victimization and Political Mobilization in Pre-Revolutionary Boston," Massachusetts Historical Review 9 (2007): 55-102.