David Stuart was a prominent Virginia doctor, politician. He was also the husband of Eleanor “Nelly” Calvert Custis Stuart, the widow of Martha Washington’s son, John “Jacky” Parke Custis. Stuart was a frequent correspondent and close advisor to George Washington. President Washington appointed Stuart as one of three commissioners in charge of planning the new Federal City of Washington, D.C.

David Stuart was born August 3, 1753 to Reverend William Stuart and Sarah Foote Stuart in Cedar Grove, Virginia. Stuart’s paternal grandfather, David Stuart, born in Inverness, Scotland, supported efforts of James Stuart, the “Old Pretender,” to re-gain the British throne from George I and the House of Hanover. Following the failure of the Jacobite Uprising of 1715, David Stuart emigrated to Virginia. He served as rector of St. Paul’s Parish in King George County, Virginia, until 1749, when his son, William, succeeded him. When William Stuart and Sarah Foote married in 1750, the family settled in Cedar Grove, to which Sarah was heir.

As a young man, Stuart attended the College of William and Mary in Williamsburg, Virginia. He then studied medicine the University of Edinburgh in Scotland. Following graduation from Edinburgh, Stuart went to Paris, where he continued studying medicine. Upon returning to Virginia in 1783, Dr. Stuart began a medical practice in Alexandria, Virginia. 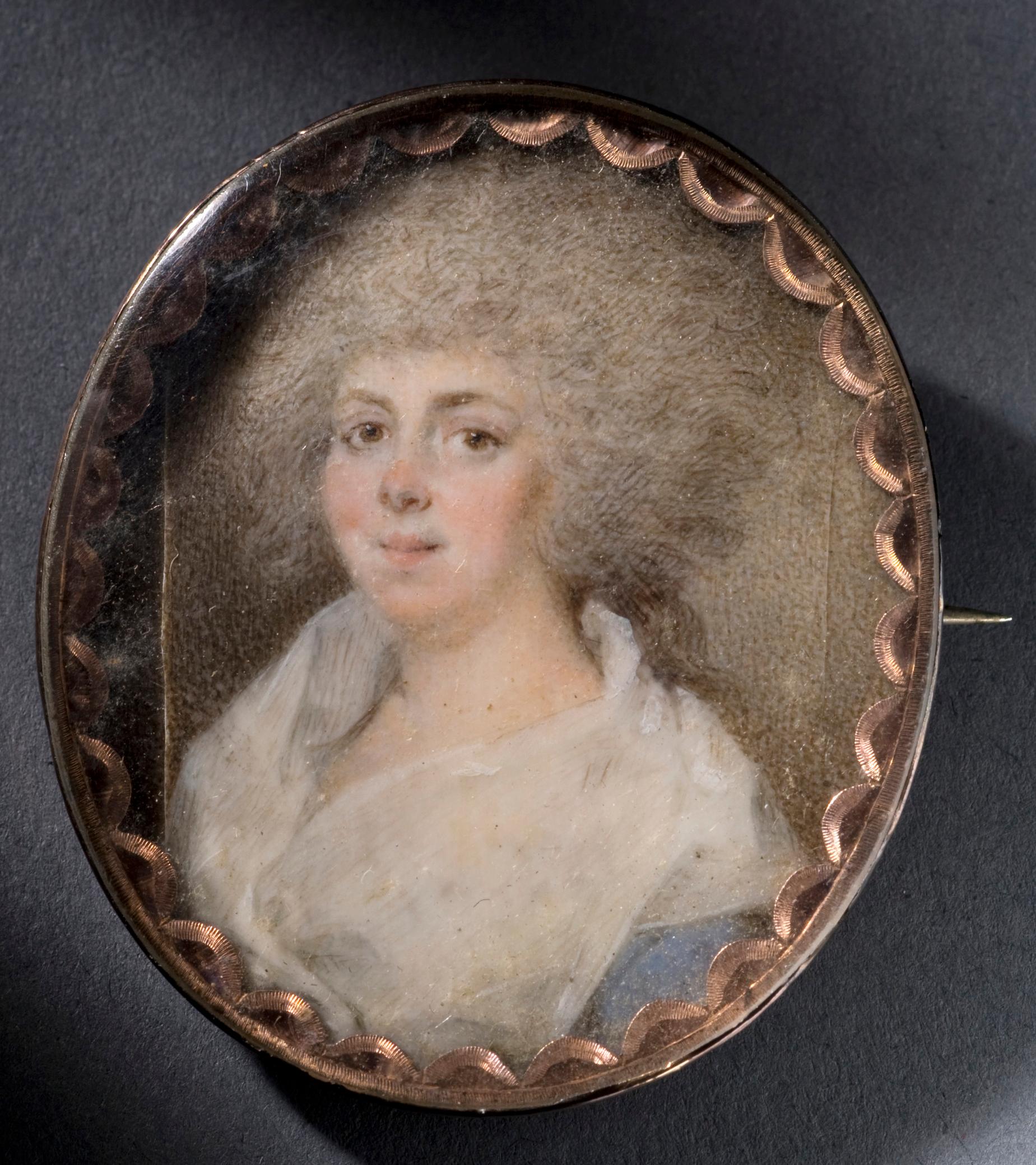 On November 5, 1781, Martha Washington’s son, John “Jacky” Parke Custis, died, leaving behind his wife, Eleanor “Nelly” Calvert Custis, and their four children Elizabeth, Martha, Eleanor, and George. He had contracted camp fever while serving as Washington’s aide-de-camp at the Battle of Yorktown. In 1783, Dr. Stuart and Nelly married. Stuart became the executor of the Custis Estate and legal guardian of the Custis children. Stuart and Nelly lived in Abingdon plantation, previously owned by Jacky Custis, with the two older children, Elizabeth and Martha. They sent the two younger children, Eleanor and George, to Mount Vernon to live with the Washingtons. In addition to his four step-children, David and Eleanor had five daughters and two sons together. By all accounts, Stuart was a dependable father to both the Custis children in addition to his own children. He provided them with excellent tutors.

Dr. Stuart and George Washington began corresponding in 1783. Characterized as dour and somber, Stuart was one of the few people who did not hesitate to give Washington negative news. For instance, Stuart once told Washington about complaints that the president’s “bows were more distant and stiff” than when he was just George Washington of Mount Vernon.1 Because of his frankness, Stuart became a trusted confident, advisor, and friend of Washington. In addition to these roles, Stuart used his knowledge of French to translate letters for Washington.

David Stuart served as a delegate from Fairfax County to the Virginia General Assembly from 1785-1789. During this time, he and Washington corresponded about the progress of various events, with the most prominent being the ratification of the United States Constitution. With Stuart’s help, Washington became a secret partner in distributing the Federalist essays (today known as the Federalist Papers).2 James Madison, one of the Federalist authors, passed the works to Washington who subsequently passed them to Stuart. He would then hand over the essays to Augustine Davis, who printed them in the Virginia Independent Chronicle.

In 1791, President Washington selected Thomas Johnson, Daniel Carroll, and Stuart, as commissioners to oversee the land purchases, the surveying and laying out of lots, and the construction of the public buildings for the new seat of the federal government along the Potomac River. Stuart, the only Virginian and Washington family member among the commissioners, was the president’s eyes and ears as the new Federal City took shape. In addition, Stuart’s knowledge in the French language was a useful asset. At their first meeting, the three commissioners decided to name the new city “Washington City.” Pierre "Peter" L’Enfant was appointed to plan the city and the commissioners were responsible for approving L’Enfant’s work. During Stuart’s tenure, disagreement and difficulties led to L’Enfant’s dismissal in February 1792. 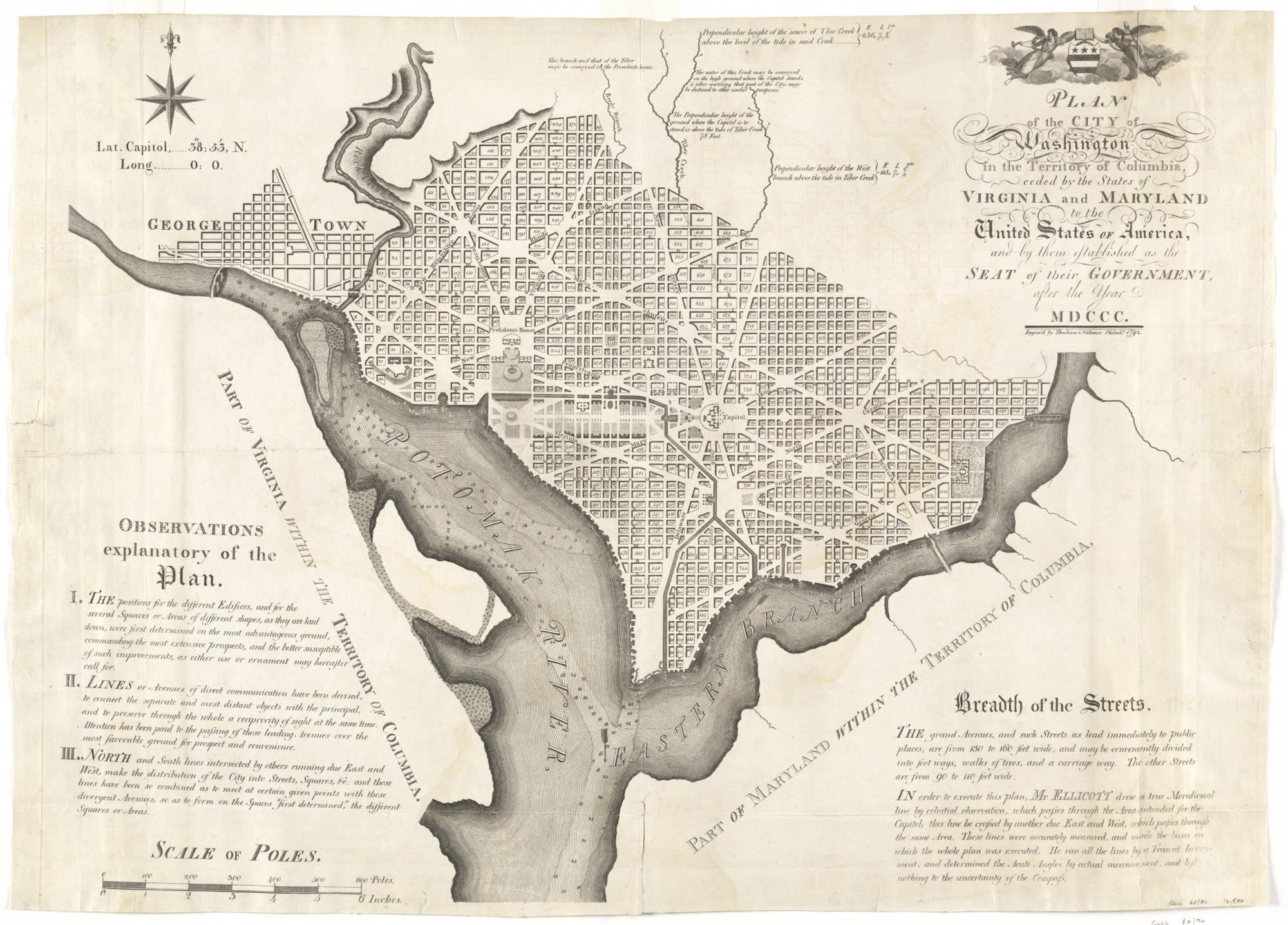 In early 1793, dispute arose between the commissioners and Andrew Ellicott, the chief surveyor, whom they accused of slowness and inaccuracy. Ellicott believed that Stuart and assistant surveyor James R. Dermott were working together to undermine his credibility and that Dermott wanted his job as chief surveyor. In early February, Ellicott’s accusations against Stuart and Dermott were published in the Georgetown Weekly Ledger. Writing under the pseudonym “Balaam,” Ellicott compared Dermott to Judas and accused Stuart of being his accomplice. In a letter to Washington, Stuart wrote “I cannot conclude without observing, that I feel myself innocent of all the charges brought against me, by the writer in the Ge:town papers. I had never seen Dermott before, and have had litde or no communication with him since.”4 While the commissioners initially dismissed him, Ellicott was reinstated and worked for the D.C. commissioners until 1798. Stuart resigned on January 6, 1794, but continued to serve on the Commission until July of that year.5

Stuart then turned his focus towards helping Fairfax County. In May 1798, he was appointed as a commissioner to locate a site and oversee the construction of a new Fairfax County courthouse. Previously, Stuart had served as a justice of the Fairfax County Court in 1784.

During his work planning Washington City, Stuart faced problems with his own residence. In 1778, Jacky Custis had purchased Abingdon from Robert Alexander using Virginia paper currency. However, as currency changed in the new United States, the paper money lost its value. The Alexander family took the Custis estate to court, which which ruled in favor of the Alexanders, resulting in the Stuarts leaving Abingdon in 1792. The family moved to Hope Park, in the upper part of Fairfax County, which Stuart’s father lent to him. In 1801, the Stuarts moved six miles from Alexandria to Ossian Hall. The Stuarts remained at Ossian Hall until their deaths. Eleanor died in 1811. David followed his wife three years later in 1814.