This letter, in the Mount Vernon collections, sheds light on George Washington's attitude towards Native Americans during the French and Indian War.

Washington viewed western lands as important not just for agriculture, but also because they contained valuable mineral resources. 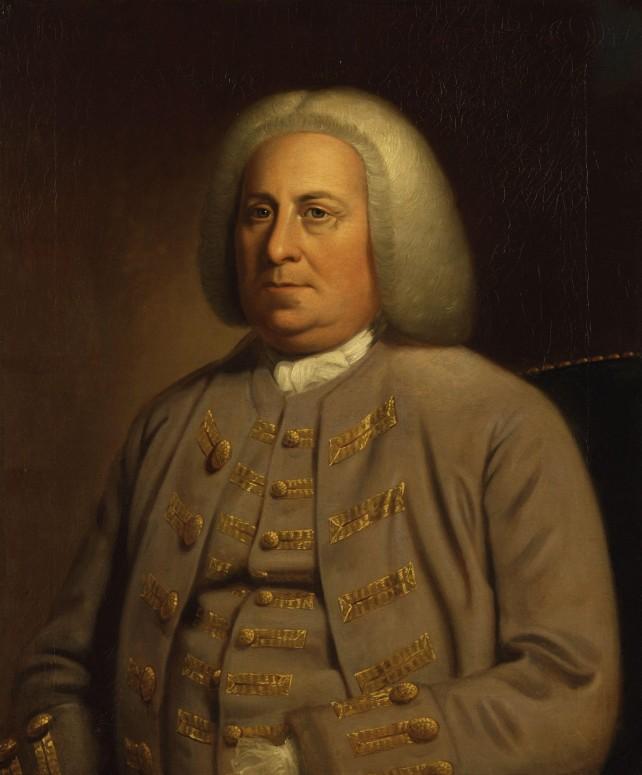 Robert Dinwiddie poured his ambitions into becoming a successful merchant, as well as a colonial administrator and politician for more than 30 years, including six and a half years as Governor of the Royal Colony of Virginia (1751-1758).1 As Governor, Dinwiddie not only played a pivotal role in pushing against the French in the Ohio Valley and igniting the French and Indian War, but he also launched and shaped George Washington’s early military career. Dinwiddie would also clash with the Virginia House of Burgesses over an issue of taxation that Thomas Jefferson later suggested was a precursor to the battles over the same issue--crown authority over colonial affairs--that started the American Revolution.2

The future Governor of Virginia was born in 1692 to an old Scottish family. His father was a prosperous merchant. However, the family fortunes declined significantly by the time Dinwiddie graduated from the University of Glasgow in 1710 or 1711. By the time he was thirty, Dinwiddie had become one of the wealthiest men in Bermuda through merchant trading. The enterprising Scot leveraged his success into public office as a local custom official, later overseeing customs operations for several colonies, including Virginia. He married Rebecca Auchinleck who belonged to one of the island’s most prominent families.3

Robert Dinwiddie took up his post as Virginia’s Royal (lieutenant) Governor in July 1751. Dinwiddie cultivated friendships with many Virginians, particularly the most powerful, and become a partner in the Ohio Company whose board also included George Washington’s two older brothers. Throughout his tenure, Dinwiddie showed an unwavering faith and sense of duty in maintaining Britain’s authority over the colonies and expanding its reach into North America.

Shortly after arriving in Virginia in 1751, Dinwiddie attempted to impose a fee on registering land patents. This proposal turned the House of Burgesses into a hornet’s nest of opposition, and galvanized the ire of land speculators. Dinwiddie sought and received assurance from the Board of Trade4 that establishing this fee was unquestionably within his power.5 This did not deter the Burgesses from taking the extraordinary step, at first unbeknownst to Dinwiddie, of sending one of their own and the attorney general Peyton Randolph to London to contest the fee before the Privy Council6 who came down on Dinwiddie’s side in a muddled fashion and the controversy subsided. In a letter to Lord Halifax, Dinwiddie accused the Virginians of “republican thinking” and compromising the crown’s authority.7 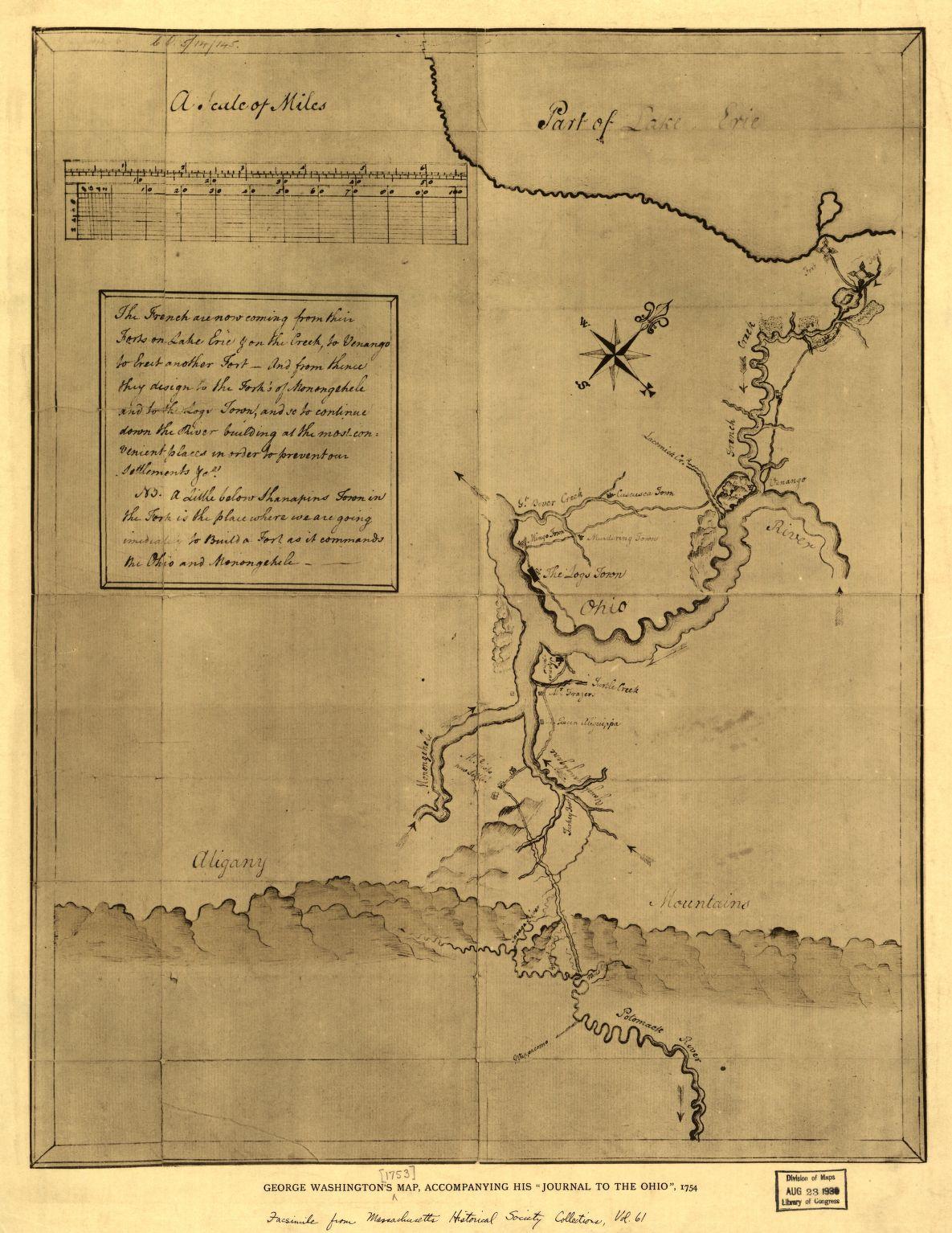 Valley and urged remedial action. Virginia and the other colonies soon received orders to protect His Majesty’s possessions in North America. Dinwiddie took quick action by sending a young George Washington, now commissioned as a major, to French authorities with a message requesting them to leave lands claimed by England. The French summarily rejected the request, prompting Dinwiddie to seek a military remedy. He again enlisted George Washington, now commissioned a lieutenant Colonel, to lead a contingent of 160 men out to the Ohio Valley where Washington skirmished with the French, eventually surrendering at Fort Necessity on July 3, 1754. The start of the French and Indian War that became a world war dates to Washington’s actions here.

The British ministry, deeming Americans unfit militarily and wary to unite the colonies in common action, sent General Edward Braddock and some 1,500 regulars to America to dislodge the French. Dinwiddie closely coordinated with Braddock on his expedition, but fell woefully short in the supplies and men he promised.8 Braddock’s campaign met with disastrous results at the Battle of Monongahela on July 9, 1755 where he lost more than half his force and his own life. Washington, an aide de camp, was celebrated for his superb bravery in assisting the British retreat.

Dinwiddie would not stay in America to see the eventual British victory in the French and Indian War. His health deteriorating, he left Virginia January 12, 1758. He remained active in government circles strongly advocating for continued British sway over the colonies and for the Stamp Act. He would die at the age of 77 on July 27, 1770.

1. Dinwiddie’s official title was Lieutenant Governor, but with the English system of absentee governors, he was the chief representative of the crown and was always addressed as Governor.

2. Thomas Jefferson, Notes on the state of Virginia (London: Printed for John Stockdale, 1787), 295, transcribed and annotated, Scholars’ Lab at the University of Virginia Library, 2014.

4. The Board of Trade was tasked with ensuring that colonial legislation did not conflict with British trade policies and responsible for nominating governors and other high officials to the royal colonies.

6. The Privy Council was an advisory council for the king.

8. David Preston, Braddock’s Defeat: The Battle of the Monongahela and the Road to Revolution (Oxford: Oxford University Press, 2015), 71.