In 1797, American diplomats arrived in Paris with the intention of negotiating a treaty between France and the United States. However, the diplomats were asked to pay a bribe before negotiations could take place.

George Washington established a precedent for the President's cabinet. Under the Adams administration, Marshall became a member of the cabinet as Secretary of State. 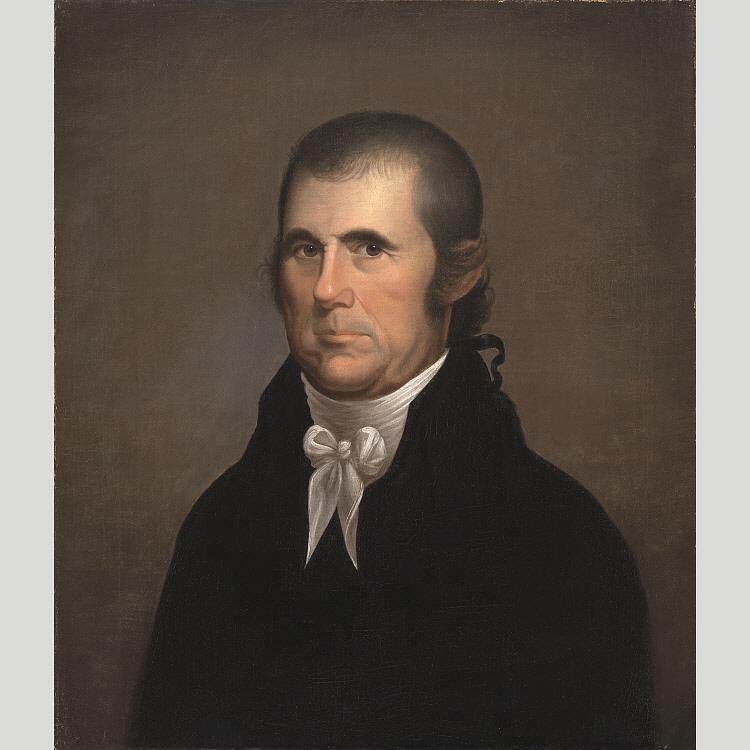 A towering figure in American legal history, John Marshall served as chief justice of the United States Supreme Court for more than three decades, during which time he helped increase the power and prestige of the Federal court system. By the end of his tenure, the precedent of judicial review was firmly established and the federal judiciary had evolved into a formidable branch of the United States government.

John Marshall was born in a cabin on the Virginia frontier on September 24, 1755. The son of a land surveyor, Marshall read voraciously and showed an early love of history and politics. Marshall's intellectual development was encouraged by his father, who by the time Marshall was a teenager had amassed a moderately substantial estate. With the outbreak of the American Revolution, Marshall served in the Continental Army, eventually rising to the rank of captain in a Virginia unit.

During Marshall's military service, he developed a friendship with his commander-in-chief, General George Washington. Marshall was present during the legendary winter at Valley Forge (1777-1778) and also took part in the battles of Brandywine (1777) and Monmouth (1778). After leaving the army, Marshall studied law at the College of William and Mary and was admitted to practice law in Virginia in 1780. His law practice flourished and he soon became involved in politics, winning election to the Virginia legislature in 1782.

Marshall was heavily involved in debates in Virginia related to the ratification of the Constitution. He allied himself with James Madison and urged Virginians to accept the new document and the strong central government that it would create. After ratification Marshall aligned himself with the Federalist Party, though he turned down several federal appointments to continue his lucrative private law practice.

During the Adams administration, Marshall was involved in the notorious XYZ Affair, where he and two other United States emissaries arrived in France to negotiate with French government officials only to be told that they would have to pay a substantial bribe for the privilege of doing so. Marshall successfully ran for the House of Representatives in 1798, and two years later John Adams appointed him as Secretary of State. In 1800, Adams nominated Marshall as Chief Justice of the Supreme Court and he took office the following year.

An ardent nationalist, Marshall served as Chief Justice for thirty-four years and presided over an era of cases that helped define the judicial system of the United States as well as the nature of the federal government. During Marshall's tenure the court rendered decisions in cases such as Marbury v. Madison (1803), which established the precedent of judicial review, McCulloch v. Maryland (1819), which ruled that individual states were not allowed to tax federal institutions, and Cohens v. Virginia (1821), which helped establish the supremacy of federal courts over state courts.

Marshall served during six presidential administrations and his Federalist leanings created epic political rivalries between himself and presidents Thomas Jefferson and Andrew Jackson. Marshall outlived the Federalist Party itself, but by the time he passed away on July 6, 1835 in Philadelphia, the judiciary was firmly established as a powerful branch of the federal government.