Many prominent American military figures of the Revolutionary era had an ad-hoc military education. Like George Washington, Henry Knox gained his military skill from practical experience and considerable reading.

Washington set the precedents for the roles of cabinet members would interact with the presidency, establishing the cabinet as the chief executive's private, trusted advisors.

As Secretary of War, Henry Knox was in charge of diplomacy in Native American land that the United States sought to claim. 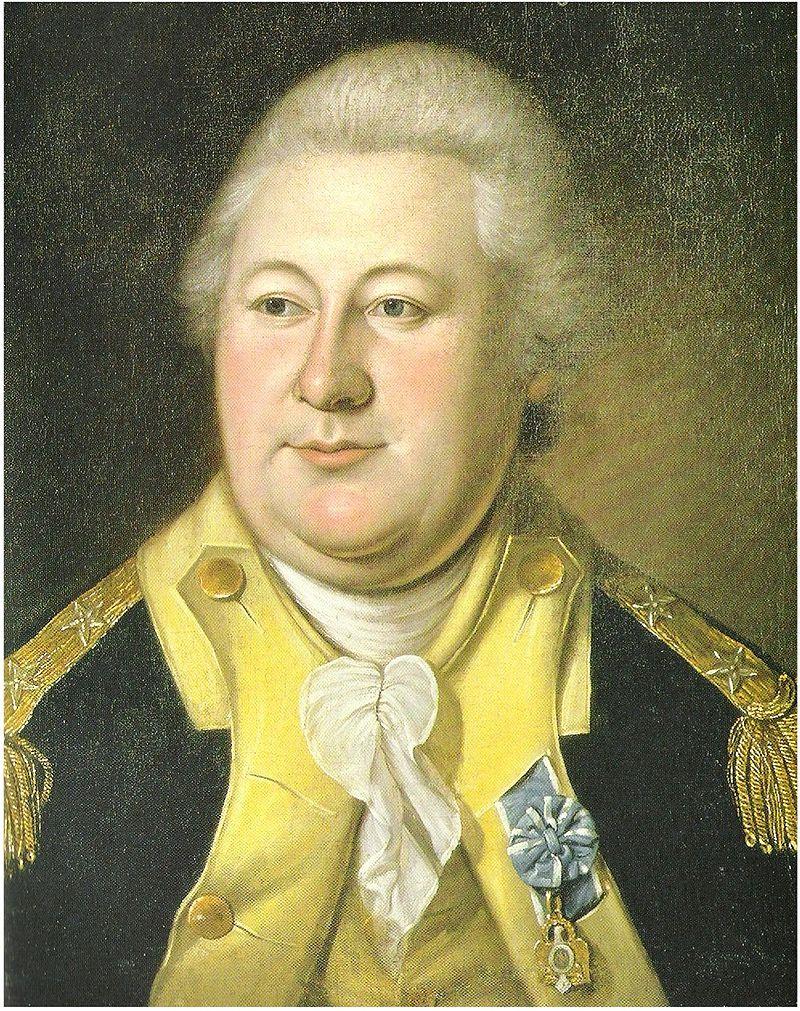 Henry Knox was a Revolutionary War general whose efforts to build a robust American militia were paramount to the colonies’ victory against Britain, as well as the development of the early Republic’s armed forces. A self-taught pupil of military history, Knox possessed a keen understanding of martial strategy that catapulted him to the roles of Chief Artillery Officer, General, and ultimately Secretary of War.1 Throughout his life, Knox’s “buoyant” disposition and loyal character made him a friend to many, including George Washington.2 As Washington entrusted Knox with some of the most critical responsibilities of the war and his subsequent presidency, Boston-born Knox defied Washington’s preconceived notions of New Englanders as uncooperative and distrustful. The two men built a lifelong friendship marked my mutual respect and admiration.3 “With respect to General Knox,” Washington once wrote, “there is no man in the United States with whom I have been in habits of greater intimacy; no one whom I have loved more sincerely, nor any for whom I have had a greater friendship.”4

Born on July 25, 1750, Knox was one of ten children of Mary Campbell and William Knox, a Bostonian shipmaster. When William abandoned his family for the West Indies in 1759, nine-year-old Knox left school to support his mother and younger brother by working at a local bookbindery.5 There, the young scholar took to educating himself, capitalizing on his now unbridled access to a host of books covering countless subjects, including military strategy and weaponry. As he pored over Sharpe’s Military Guide and Julius Caesar’s Commentaries, Knox learned how to design fortifications, situate entrenchments, and discern topographical advantage, becoming a competent engineer and military tactician.6

Before long, Knox opened his own shop, the London Book Store. Described as one of the most “fashionable” places in Boston, the bookstore acquainted Knox with such notable patrons as John Adams, who lauded the young entrepreneur for his “pleasant manners and inquisitive turn of mind.”7 By 1775, it was Adams, impressed with Knox’s “knowledge and abilities in the military way,”who recommended Knox for a position in Washington’s burgeoning Continental army.8 Knox

was a prime candidate, as well-versed in military strategy as he was passionate about American independence; to Knox, separation from Britain was the “one choice consistent with the character of a people possessing the least degree of reason.”9 After his first encounter with Washington in July 1775, Knox was quick to sing the praises of his future officer and friend, marveling at his ability to “fill his place with vast ease and dignity, and dispense happiness around him.”10 Evidently, the admiration was mutual, for it was Knox in whom Washington soon entrusted one of war’s most important and jeopardous missions – the stealing of artillery at Fort Ticonderoga on Lake Champlain.11 Facing barely navigable roads and dangerously inclement weather, Knox made the three-hundred-mile trek north, arriving on December 5, 1775. After recovering the 120,000-pound lot of guns, mortars, and cannons from Ticonderoga, Knox transported the prized convoy by boat down Lake George, and then led a caravan of sleds and oxen to continue the journey overland from the lake’s southern end to Boston. After months of hazardous travel, Knox and his “noble train” arrived to Boston intact, and Washington immediately named him chief of the Continental army artillery.12  Under such leadership and equipped with such weaponry, the army was able to secure one of its earliest victories at Dorchester Heights on March 17, 1776.13

In his new role, Knox remained committed to building “a well-regulated and numerous body of Artillery.”14 In hoping to transform his so-called “receptacle for ragamuffins” into an army of “great men,” Knox proposed the establishment of military academies where “the theory and practice of fortifications and gunnery” could be taught.15  As he worked to construct a robust, reliable militia as a newly promoted brigadier general, Knox augmented the army’s artillery arsenal to unrivaled heights, helping to secure pivotal victories at the Battles of Trenton and Princeton in winter 1776.16 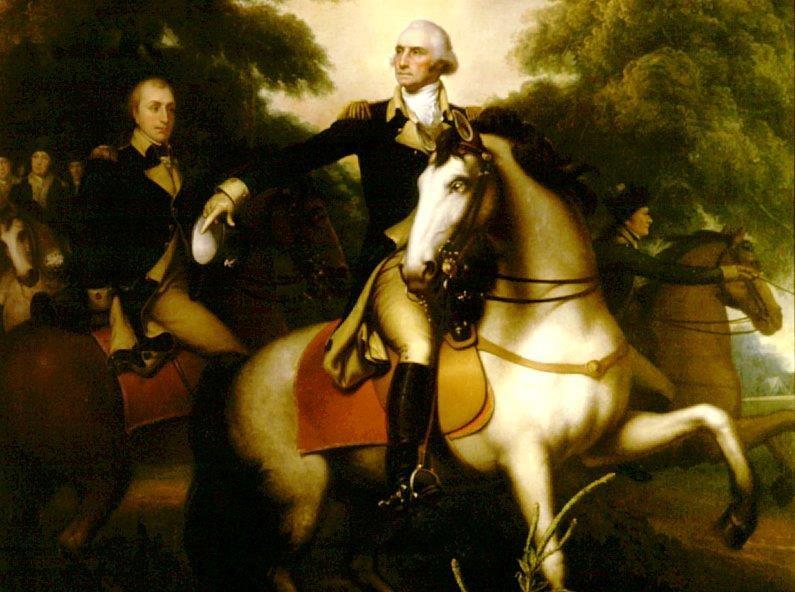 By the Battle of Yorktown in October 1781, the artillery arm of the Continental army was so impressive that the Marquis de Lafayette called it “one of the wonders of the Revolution.”17 Far surpassing that of the British, the Continental army’s artillery secured America’s last and arguably most decisive victory.18 Celebrating Knox’s role in America’s triumph at Yorktown, Washington reported to Congress that the young general’s “genius supplied the deficit of means,” after which he promoted Knox to the rank of major general and finally commander.19

Later, Knox became Secretary of War under President Washington.20 In this capacity, he developed a plan for a national militia, setting a precedent that guided the new nation’s military training for more than a century and a half.21 As Secretary, Knox was also instrumental in mitigating instances of domestic conflict, such as Shays’s Rebellion of 1787.22 Believing it better “to regulate events instead of being regulated by them,” Knox 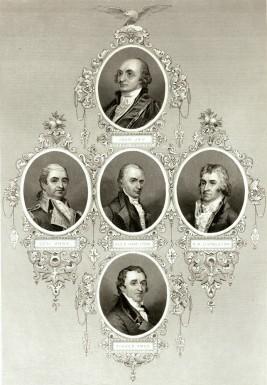 favored stronger central government as a way to deter such upheaval and galvanize the forces “which should stamp us as one nation.”23 Driven by this conviction, Knox emerged as a resolute Federalist, joining the ranks of such figures as John Adams and Alexander Hamilton in their prioritization of federal over state authority.24

In his Travels in North America, the Marquis de Chastellux praised Knox “as a man of talent, well instructed…ingenuous and true,” writing that “it is impossible to know him without esteeming and loving him.”25 Like the Marquis, Washington possessed the highest opinion of Knox and placed him “among the foremost” of those he loved.26 Spanning nearly 25 years, Washington’s friendship with Knox witnessed the ups and downs of the Revolution, America’s victory over the British Empire, and the formation of the United States’ modern government. Perhaps most notably, their friendship belied the ostensible impossibility of Northern-Southern fellowship, providing a deeply personal example for national unity for years to come.