No place at Mount Vernon better shows off the secret George Washington - his desire to be self-sufficient, his enchanting curiosity, and his determined optimism, undeterred by considerable failure - than his botanical garden. 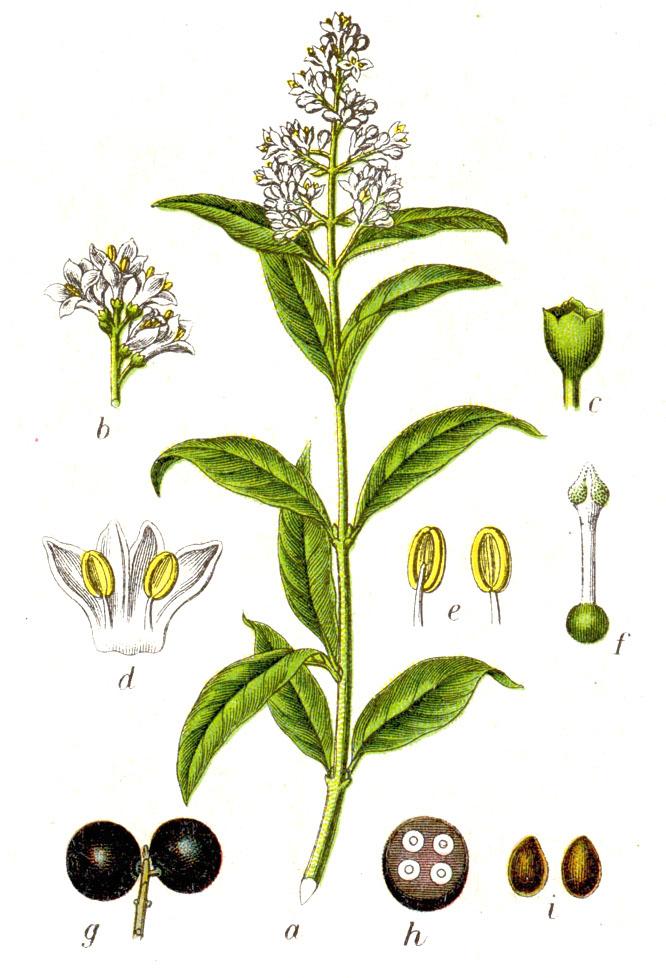 Hidden between the upper garden and the north lane, in the shelter of the salt house and the spinning house, lies the little enclosed piece of ground where Washington probably spent more time gardening on his own than anywhere else at Mount Vernon. He called it "my Little garden," or "my Botanick garden."

The first mention of it occurs in 1785 when on June 13 he "Sowed the following Nuts and Seeds, in the inclosure I had prepared for a Nursery, viz." and then listed ten different experiments, methodically "planted and sowed in Drills 12 inches apart."

They included plants that would later be set out in the landscape, such as common privet (Ligustrum vulgare), which are still there, and household items he previously had had to purchase, such as what he called "Bird pepper" and "Cayan pepper" (Capsicum sp.) Others of these plants we don't see at Mount Vernon today, such as Pride of China or China berry tree (Melia azedarach), which is too tender for Mount Vernon's climate but thrives all over the more southern South.

He also planted seeds of the brightly colored tropical "flower fence," pride-of-Barbados (Caesalpina pulcherrima), "used in the West Indies ... as an inclosure to Gardens." Washington, like all intrepid, truly interested gardeners, had a real affinity for plants that were too tender for his climate. Washington might also have been remembering his trip to Barbados with his half-brother, Lawrence, in 1751 " ... the beautiful prospects which on every side presented to our view The fields of Cain, Corn, Fruit Trees &ca. in a delightful Green."

Foreign governments, friends, admirers, and even strangers supplied him with a steady stream of seeds, slips, bulbs, and cuttings from all over the world. Andre Michaux, botanist to King Louis XVI of France, sent seeds and plants of the pyramidal cypress and other evergreens. William Washington, a relative living in South Carolina, sent southern magnolia that adapted beautifully to Mount Vernon. 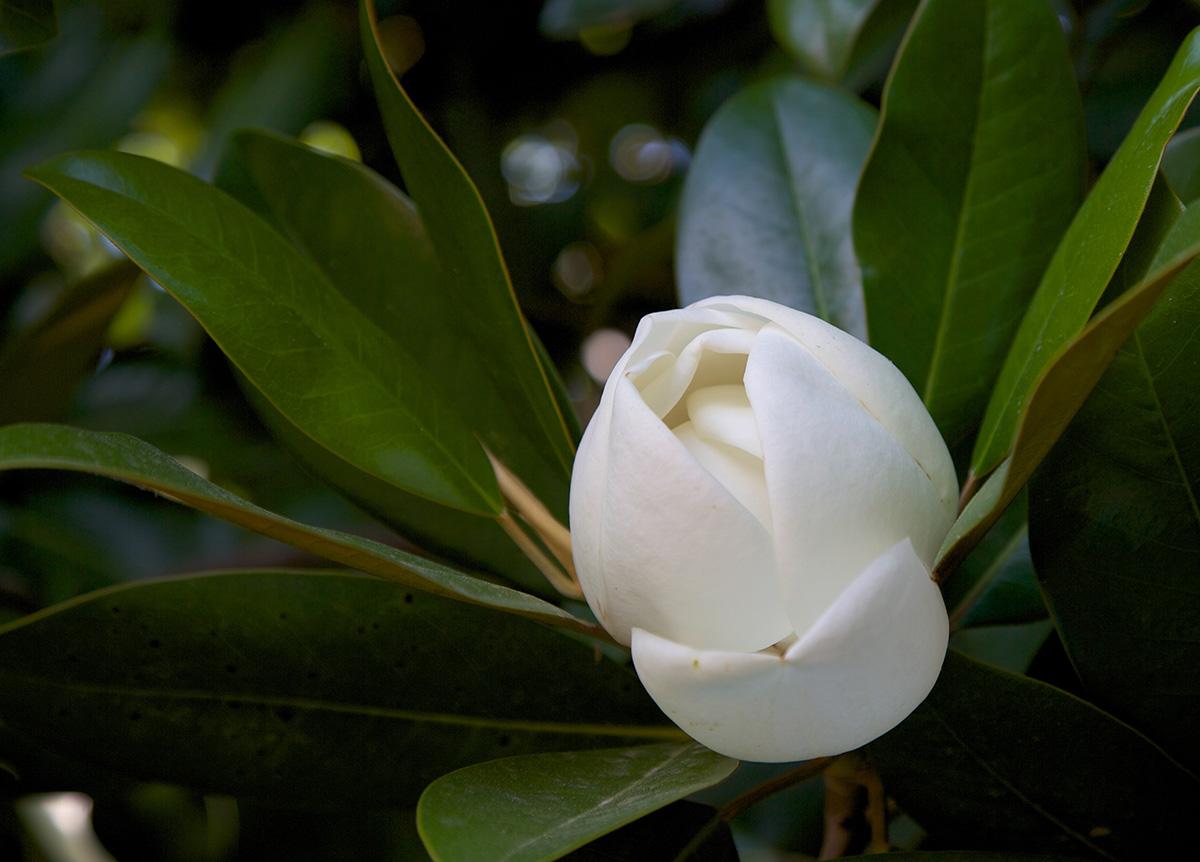 When he was home, Washington himself did the sowing in the botanical garden. He marked the planting locations, often with notched sticks as substitutes for labels (number of notches duly noted in his diary for translation), watered and mulched, and he kept track on paper of the successes and failures, as he did for all his projects.

In his long absences, whether as commander in chief or president, his correspondence with his superintendent was filled with anxious notes saying, "Tell the Gar­dener he must plant the hiccory nuts in drills" or asking, "Does the last, and present years planting of Honey locust seed come up well, and is there any appearance of the Cedar berries, Furze seed, Lucern, &ca., &ca., coming up, and answering expectation?"

Occasionally there would be an outburst, as on February 1793:

Under cover of this letter you will receive ... the white bent grass .... If the Acct. of it be just, it must be a valuable grass; I therefore desire it may be sowed in drills, and to the best advantage for the purpose of seed. These things which are intended for experiments ... shd. never be put in fields or meadows ... for there (if not forgot) they are neglected. ... This has been the case of the Choricum (from Mr.Young) and a grass which sold for two Guineas a quart in England .... And the same, or some other fate equally as bad has attended a great many curious seeds which have been given to, and sent home by me at different times but of which I have heard nothing more.

This 45-minute guided tour examines Washington's brilliant design for the grounds and gardens at Mount Vernon.

“I am once more seated under my own Vine and Fig-tree, and hope to spend the remainder of my days ... in peaceful retirement, making political pursuits yield to the more rational amusement of cultivating the earth.”

An Expert, According to Jefferson

Washington's interest in growing better crops was not unique in his day, though he was renowned as a great farmer and many sought his advice. He traded seed constantly with his neighbors and with friends all over the eastern seaboard.

With respect to field culture of vegetables for cattle ... we find the Jerusalem arti­choke best for winter & the Succory [chicory, Clzichorium iHtybus] for Summer use. This last was brought over from France to England by Arthur Young, as you will see in his travels thro' France [ a book by Young], & some of the seed sent by him to Genl. Washington, who spared me a part of it.

In fact, the "Choricum" that Wash­ington laments losing in 1793 is probably this same "Succory," so some of it did sur­vive, though perhaps in Jefferson's fields, not Washington's.

A Gardener and a Reader

George Washington's dozens of agricultural books helped him do research for the botan­ical garden experiments. The first work he bought on the subject was Thomas Hale's A Compleat Body of Husbandry, in four volumes.

He possessed all the works of the standard authors, as well as many publications of the British Board of Agriculture, but in the 1780s and 1790s he relied chiefly for advice on his correspondence with Arthur Young, the English agronomist, who sent him not only chicory and other seeds, but also sent him his works as the volumes appeared. The back and forth of their correspondence is descriptive of customs in both their countries and analytical in the best vein of "the new husbandry," as Enlightenment agriculture came to be called.

His agricultural experimentation was based on extensive reading of the English experts, but also on his unwillingness to accept anything on authority. He wanted to try it out in the climate and soils of his own country.

His scientific equipment included a weather vane and a thermometer. The weather vane was as cele­bratory of the new nation's temper as it was indicative of the direction of the wind. An exact replica of the metal dove of peace made in 1787 in Philadelphia still flies over Mount Vernon's cupola with an olive branch in its mouth.

And his methodology was quite unreliable: although he recorded the temperature daily, he often kept his thermometer indoors, which mostly tells us that the house was very cold. One win­ter day, he noted, "Thermometer at 52 in the Morning & 59 at Noon but removing it afterwards out of the room where the fire was ... etc."

He was philosophic about his failures in the botanical garden, as elsewhere. Here, at the very dawn of modern science, Washington was actually running controlled experiments. However, Washington's recognition of how inconclusive his results were may well have been the best indication of his potentialities as a scientist.

In April 1786, he "Took the covering off the Plants in my Botanical Garden, and found none living of all those planted the 13th of June last except some of theAcasee or Acacia, flower fence and privy [privet) .... Whether these plants are unfit for this climate, or whether covering and thereby hiding them en­tirely from the Sun the whole winter occasioned them to rot, I know not."

Consistent with his character, he tried many of them again. 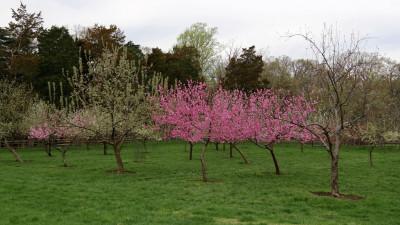 Washington was very clear as to the difference between his botanical garden and vineyard enclosure.

"The intention of the lit­tle garden by the Salt house &ca., was to receive such things as required but a small space for their cultivation," he wrote in 1793. "And what is called the Vineyard In­closure, was designed for other articles of experiment, or for seed which required still greater space before they were adopted upon a larger scale."