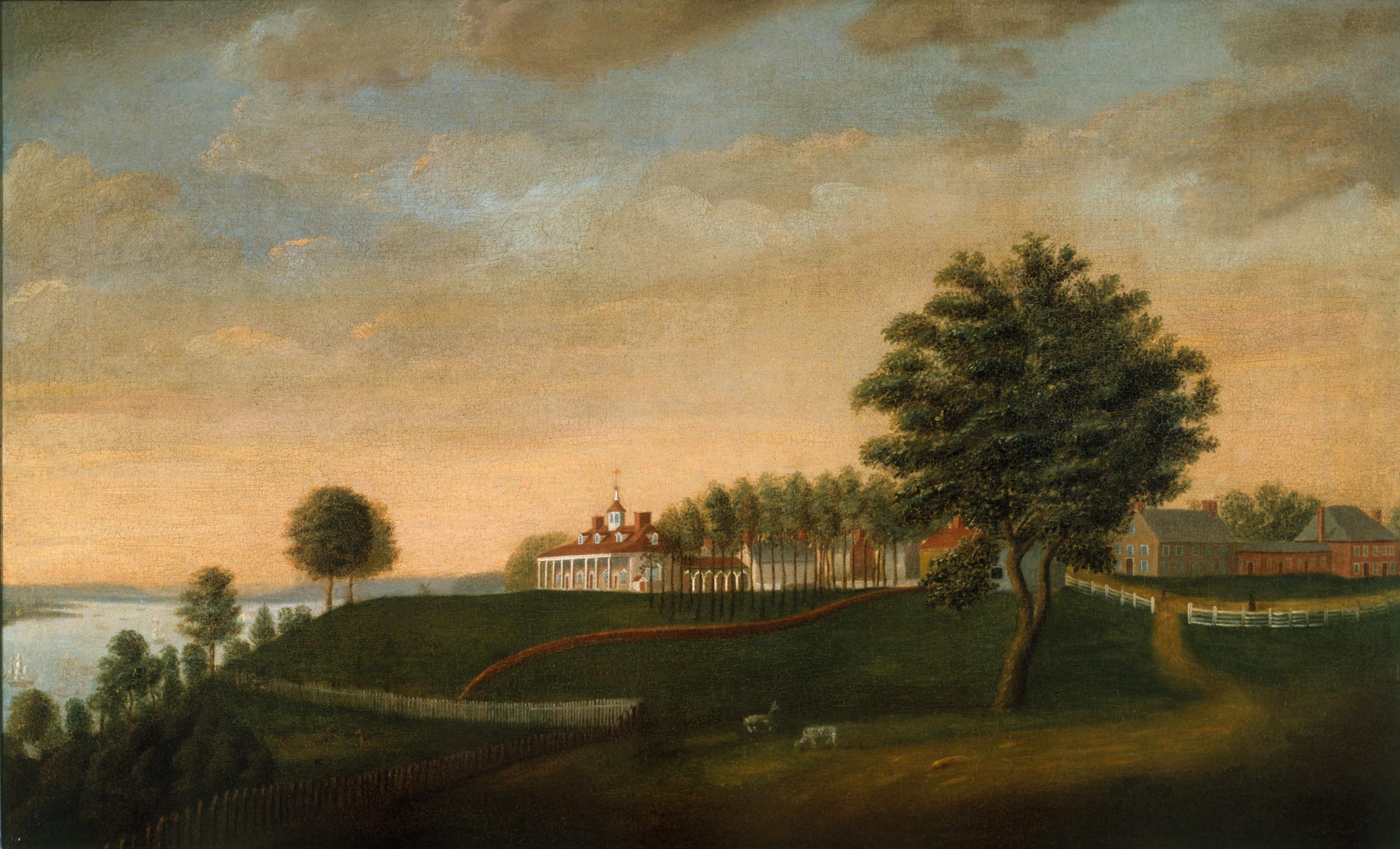 In the earliest known view of Mount Vernon from the east, the artist captured the short-lived “paddock of deer,” inside the picketed fence in the left foreground. The fence was not visible from the yard, creating the intended illusion that the deer roamed wild. 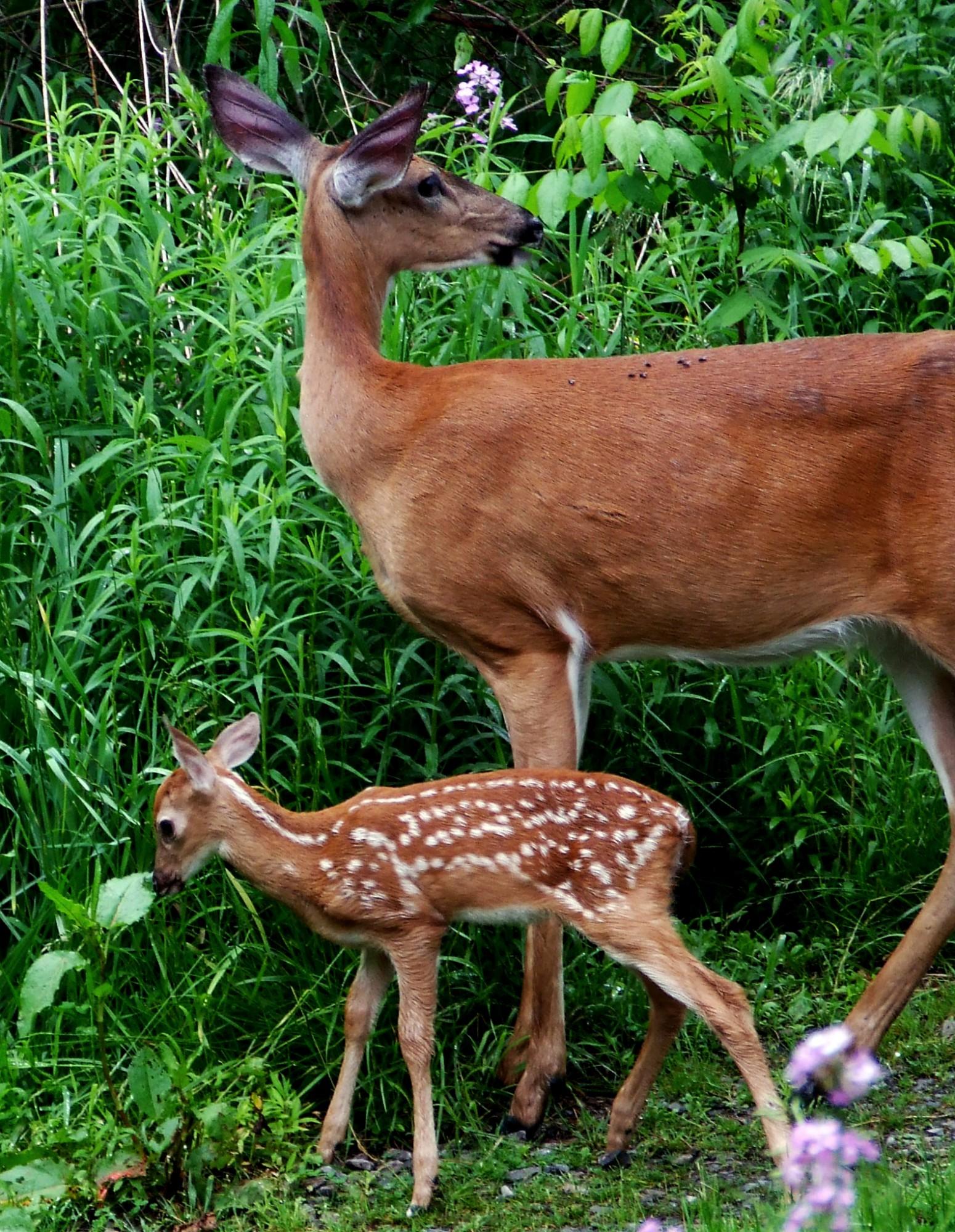 In August 1785, Washington wrote friends both home and abroad, seeking English deer in addition to the common American variety. The following summer, Benjamin Ogle sent six English fawns captured on his Maryland plantation, providing Washington with an initial stock of English deer. In addition, Washington’s old friend and neighbor, George William Fairfax, sent directly from Great Britain a “buck & doe of the best English deer.” Washington commented that the English deer are “very distinguishable by the darkness of their colour, and their horns.” When writing about his deer park, George Washington alluded to its role in allowing him “to be a participator of the tranquility and rural amusements” that he so eagerly sought after the Revolutionary War.

British landscape manuals advised paddock owners not to approach the deer, so that they would remain wild. However, at least some of Washington’s deer were tame, and even family pets. Tame deer continued to roam the estate as late as 1799, when Washington observed that “the old ones are partly wild, and partly tame.”

Sadly, George Washington’s deer park declined while he was away serving as president. He replaced its fence with a ha-ha or walled ditch in 1792, drawn here in black. Not pleased with its appearance, Washington drew a new course for the ha-ha, represented by the dotted line following “the natural shape of the hill.”

While the deer might be gone, you can still enjoy Washington's view.