Loop/Hook portion of buckle only. 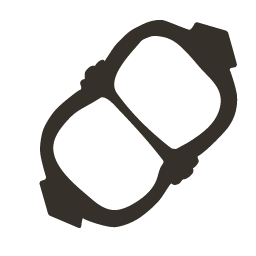