Fan stick that would have supported the mount or leaf. Identical to 2701. 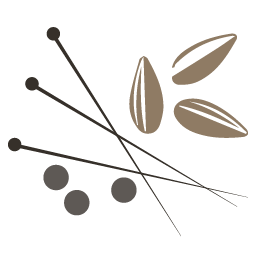