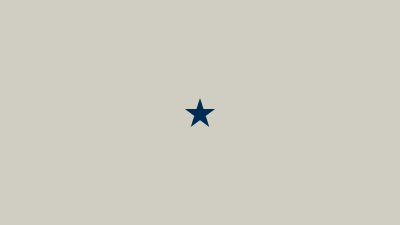 Though George Washington’s first land purchase was in 1752, in Frederick County, Virginia, his holdings soon encompassed lands in West Virginia and extended westward into Pennsylvania, New York and the…

A 21-year old George Washington was directed to deliver an ultimatum the French in the Ohio Valley.

Bullskin Run, also known as Bullskin Creek, is a tributary of the Shenandoah River, located in present-day Jefferson County West Virginia, formerly part of Frederick County in Virginia.  The surrounding Bullskin Lands, taking their name from the creek, are comprised of fertile farmland characteristic of the Shenandoah Valley. George Washington began acquiring tracts of land along Bullskin Run while in the service of Lord Thomas Fairfax as a young surveyor in the 1750s.  He continued to expand his holdings along Bullskin Run, eventually owning thousands of acres of property, tracts of which he leased to tenant farmers while operating his own personal plantation.

Gist was formally trained as a surveyor, possibly from his father who helped survey Baltimore. However, it is clear from Gist's journals that his education was not limited to surveying. Gist kept three detailed journals that attest to his thoroughness and intelligence. His writing presents impressive descriptive abilities that could be unexpected from a frontier explorer.

In the fall of 1753, as French forces moved into the Ohio Valley to build a series of forts, George Washington?

A land-speculation venture, the Dismal Swamp Company was founded in 1763 to drain, tame, and make profitable the Great Dismal Swamp.

George Croghan was a prominent trader, frontiersman, and Indian agent.

Though George Washington’s first land purchase was in 1752, in Frederick County, Virginia, his holdings soon encompassed lands in West Virginia and extended westward into Pennsylvania, New York and the Ohio Valley.  Kentucky land would be among Washington’s last acquisitions.  He said of his purchasing philosophy, “It is true I am not fond of buying a Pig in a Poke.”

Hugh Henry Brackenridge was a Scottish-born Pennsylvanian preacher, politician, writer, and jurist, who – though not strictly a Founding Father himself – was intimately familiar with several founders, James Madison in particular.

Jacob Van Braam was a soldier in the Dutch and British armies and a translator on George Washington?s expeditions into the Ohio Country between 1752 and 1754.

The Mississippi Land Company was George Washington's most ambitious speculation in western land prior to the Revolutionary War.

After gaining independence from Great Britain, one of the many contentious issues facing the United States were competing claims to western lands. These lands were generally referred to as the Northwest Territory and included the current states of Ohio, Michigan, Indiana, Illinois, Wisconsin, and part of Minnesota.

More than a decade after he left the army to become a gentleman farmer, George Washington traveled back?

George Washington was an avid land surveyor throughout his life. As a rigorous outdoorsman, Washington?

In October 1770, George Washington, his personal physician Dr. James Craik, and a group of fellow soldiers journeyed to the Ohio Country. According to Craik's recollections, an indigenous sachem (local chief) visited Washington and recalled his perspective on the Battle of Monongahela, fought 15 years earlier on July 9, 1755. Although Washington had fought in the battle, no bullets harmed him that day. Awed at Washington’s seeming invincibility, the sachem prophesized that Washington would someday lead a powerful empire. Although Washington did not record the incident, Dr. Craik attested to this “Indian Prophecy” repeatedly, and his account was recorded in some early biographies of Washington. Washington’s adopted son George Washington Parke Custis even propagated the story with an 1827 play named The Indian Prophecy. For many Americans, the prophecy demonstrated how God providentially protected Washington to bring about the birth of the United States.

George Washington founded the Potowmack Company, an enterprise dedicated to improving the navigation on the Potomac River.

Perhaps more than any other leader of the Revolutionary Era, George Washington was shaped by his experiences?