David and Jeanne Heidler, authors of Washington’s Circle: The Creation of the President, discuss the relationship between Washington, Jefferson, and Hamilton. This video is part of a longer interview, available from Mount Vernon on Vimeo.

Alexander Hamilton was an aide to George Washington during the Revolution, and later became Secretary of the Treasury in Washington's first cabinet. Hamilton was instrumental in convincing Washington to accept the presidency.

Thomas Jefferson began constructing his home at Monticello in 1768, overlooking his plantation. His home and grounds, in addition to a museum and visitor center, are open year-round. 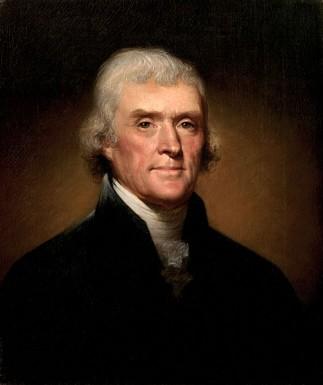 Martha Washington often recalled the two saddest days of her life. The first was December 14, 1799 when her husband died. The second was in January 1801 when Thomas Jefferson visited Mount Vernon. As a close friend explained, "She assured a party of gentlemen, of which I was one. . .that next to the loss of her husband" Jefferson's visit was the "most painful occurrence of her life."1

She had come to dislike Jefferson for his frequent attacks on President George Washington as a monarchist bent on destroying the rule of the people and a senile follower of the policies of Alexander Hamilton. Jefferson even refused to attend memorial services for the President, saying in private that the "republican spirit" in the nation might revive now that Washington was dead and the Federalists could no longer hide behind his heroic image.2

Such animosity had not always existed between the two men. Instead they were once friends who had much in common. Born in 1743, Jefferson, like Washington, was a tall redhead from the middling planter class. After attending William and Mary and studying law, he served in the House of Burgesses. He, too, raised his status by marrying a wealthy widow, Martha Wayles Skelton.

Jefferson considered himself a farmer and spent his life improving his plantations, especially Monticello, just as Washington cared for Mount Vernon. But it was in his devotion to the cause of the American Revolution that Jefferson most resembled Washington. As a member of the Continental Congress, Jefferson was recognized for his brilliant writing, expressed most clearly in the Declaration of Independence. He later served in Virginia's assembly, where he ended primogeniture, entail, and established religion, and then later became Governor. Back in the Confederation Congress, he helped draft legislation that opened the west for settlement. In 1784, he was appointed ambassador to France. 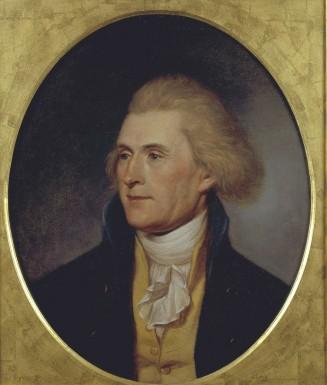 Jefferson returned to the United States in November 1789 to serve as Washington's Secretary of State. His troubles with Secretary of the Treasury Alexander Hamilton began almost immediately. He questioned Hamilton's plan for funding and considered the Bank of the United States unconstitutional. As the French Revolution grew more violent, Jefferson continued to support an alliance with France against Hamilton who favored closer ties with Great Britain. He even came to believe that Hamilton and his Federalists were bent on restoring a monarchy in the United States and that Washington had fallen completely under their spell.

In 1793, Jefferson resigned from Washington's cabinet. Soon the leader of the Democratic-Republican Party, he became Vice President in 1796 and President in 1801. In his inaugural address, he called Washington “our first and greatest revolutionary character, whose preeminent services had entitled him to the first place in his country’s love.” Back at Mount Vernon, Martha Washington dismissed Jefferson's "sarcastic" remarks, claiming his election was the "greatest misfortune our nation has ever experienced."3 Jefferson served for two terms, with the 1803 Louisiana Purchase being his greatest accomplishment, before retiring to Virginia where he died in 1826.

Malone, Dumas. Jefferson and the Ordeal of Liberty. Boston: Little, Brown and Company, 1962.