Although Washington and Gage commanded opposing armies in the Revolutionary War, they had in fact gained great respect for each other earlier in life. Although operating in different capacities, both men played prominent roles in Braddock's campaign during the French and Indian War.

The siege of Boston in 1775-1776 was devastating to Gage's troops, and essentially ended his career.

Explore Mount Vernon's collection of sources related to Washington and the war, including maps, key facts, videos, and artifacts. 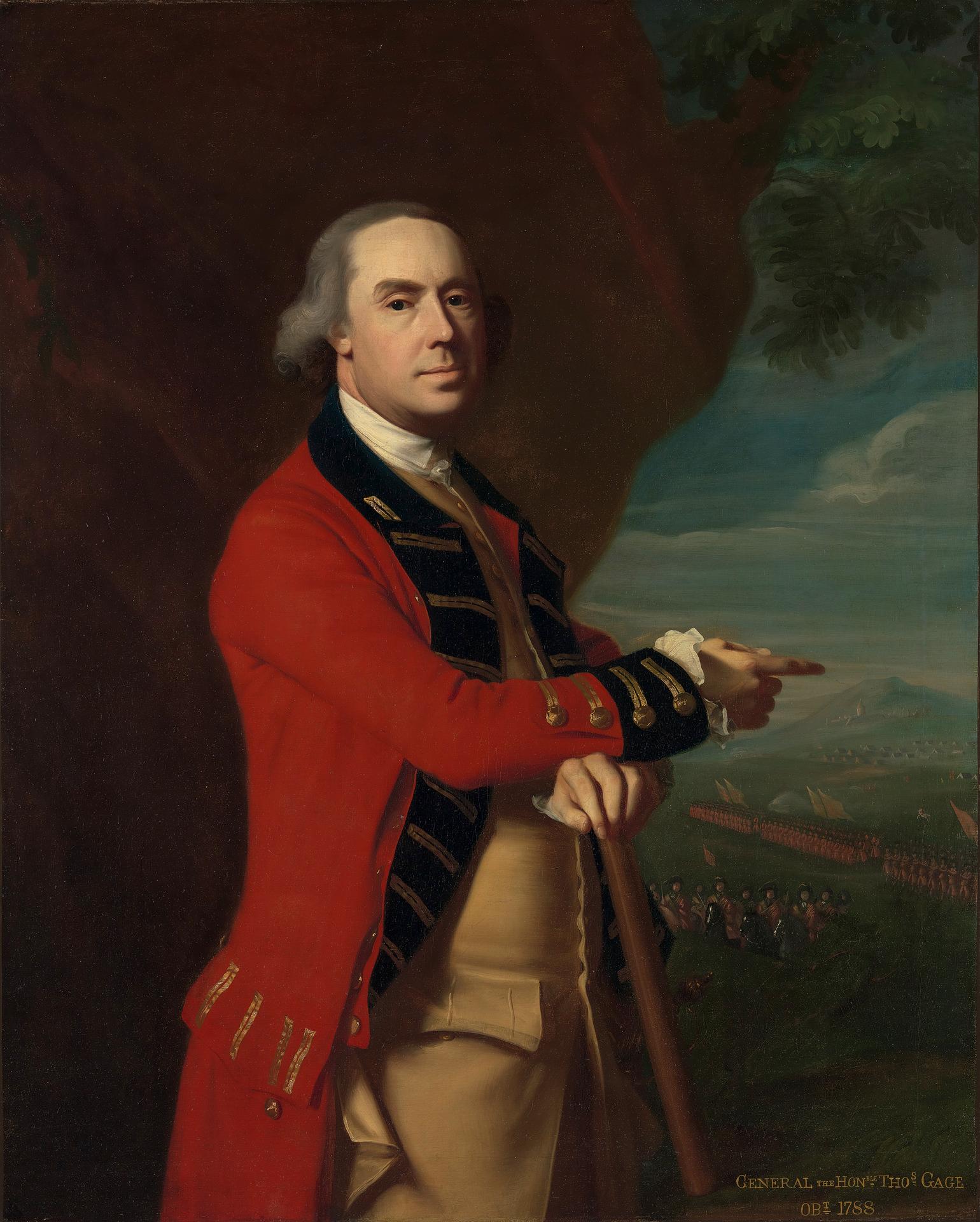 In 1755, while struggling to save British forces during the French and Indian War, George Washington and Thomas Gage seemed destined to become long-lasting friends. However, less than two decades later they were each in command of opposing armies, preparing themselves for war against one another.

Although Washington and Gage never met on the field of battle, their actions in 1775 elevated Washington's status as commander of the Continental Army while destroying Gage's reputation and military career.

Operating in different capacities during Braddock's campaign, Washington and Gage took prominent roles in preventing the total destruction of British forces. Washington successfully carried a wounded Braddock to safety, while Gage maneuvered the artillery into use when circumstances provided major hindrances. Their cooperative efforts created mutual respect for one another as evidenced in 1758 when Washington petitioned several British officers, including Gage, to write General John Forbes and recommend that Washington be included on Forbes' next campaign against the French. Although Washington was ultimately not included, his willingness to seek Gage's recommendation illustrated a level of respect that may have bordered on friendship between the two men.

When the war ended in 1763, Gage remained in the colonies and was appointed Commander-in-Chief of American forces. In 1768, Gage requested that a barracks, accompanied by two regiments of British Regulars, be stationed in Boston. The choice of the 29th Regiment of Foot as one of the two units—a unit known for violent altercations with civilians—was ill advised and resulted in an altercation between colonials and Regulars in March 1770 that came to be known as the Boston Massacre. In the face of growing colonial opposition, Gage increasingly focused on the strict enforcement of British law. In 1774, Gage drafted and vigorously enforced the Coercive Acts, a series of laws designed to punish American colonists, especially in Boston, for continual acts of defiance, including the recent Boston Tea Party.

A year later, Gage ordered Regulars to capture several rebel leaders, including Samuel Adams and John Hancock, and seize a cache of weapons rumored to be in Lexington, Massachusetts. Gage's orders led to conflicts at Lexington and Concord in April 1775. Retreating to Boston, Gage's army quickly found itself under siege from a number of colonial militias. On June 17, 1775, Gage attempted to lift the siege by attacking rebel forces. The assault on Bunker Hill came at a terribly high price. The British suffered more than 1,000 dead and wounded, including nearly forty percent of the Army's officers.

When Washington arrived outside Boston in July, Gage's command of the British Army was essentially over. Although technically in command, Gage was compelled to consult with his subordinates about military strategy. For months, Washington and Gage set about training troops and collecting military resources for a battle that never occurred. In October, General Gage was recalled to London, leaving General William Howe in charge of British forces in America. Essentially removed from command, Gage was placed on the permanent inactive list in April 1776.

"George Washington to Thomas Gage, 11 August 1775" (In reference to prisoners of war)