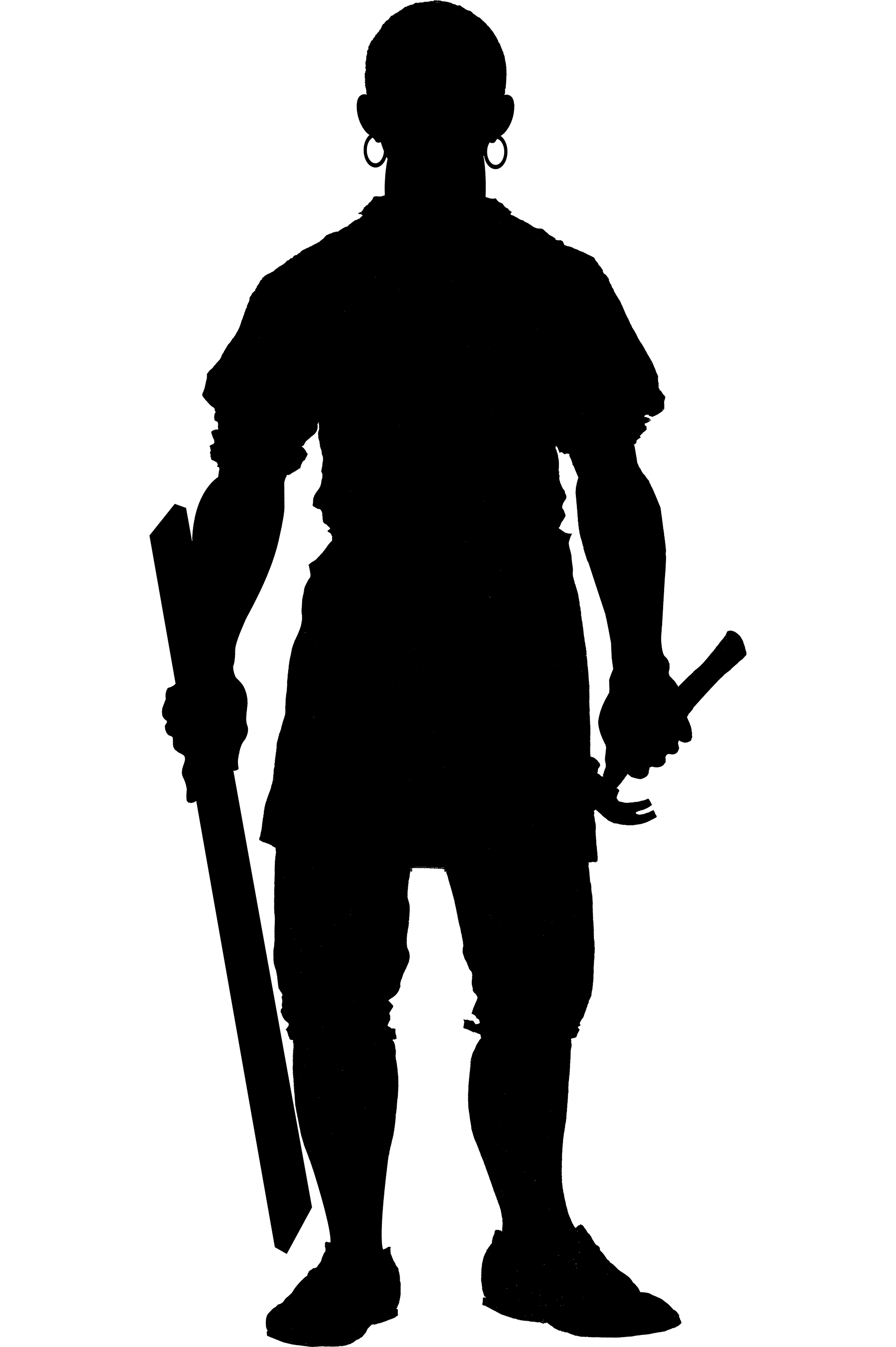 In 1876 the Alexandria Gazette published the reminiscences of an “old citizen of Fairfax County.” The anonymous author described his visits many years earlier to the home of “Uncle Sambo,” a man formerly enslaved by George Washington who still lived at Mount Vernon as a free man.1 Although written decades later and clearly tinted with the author’s nostalgia, the recollections provide a wealth of information about the man’s life and echoes of his voice. By examining this account alongside Washington’s records, we can piece together a detailed portrait of Sambo Anderson.2

Anderson was one of the few enslaved people at Mount Vernon in 1799 who had been born and captured in Africa. He recalled arriving in the American colonies “five years before Braddock’s defeat” (that is, around 1750). The Gazette article reported that Anderson was “a genuine Guinea negro and claimed to have come from a Royal family.” The accompanying description suggests his African origins: “He was of a bright mahogany color, with high cheek bones, and was stoutly made. His face was tattooed, and he wore in his ears rings which he informed me were made of real Guinea gold.”

The records detailing which slave ship carried Anderson and when George Washington purchased him do not survive. Previous research suggested that Anderson was the enslaved man named "Sam" who began appearing in Washington’s tax records in 1760, which would be consistent with Anderson's claim that he arrived in the colonies in the 1750s.3 Washington also bought one of his shipmates, a man named Simon.4 More recent research indicates that Washington purchased Anderson sometime in the 1760s. An enslaved person named "Sambo" begins appearing in Washington's records in 1774. He is described as a "boy" and his absence on Washington's list of tithables for that year suggests he was under the age of 16 at the time.  Anderson and Simon were among the dozens of enslaved Africans and African Americans whom Washington purchased in the years before the American Revolution as he expanded Mount Vernon’s operations after taking control of the property.5

At Mount Vernon, Anderson worked as a carpenter, one of the many skilled craftsmen and women at the Mansion House Farm. With a team of about four or five other men, he built and repaired plows, carts, wheels, rakes, door and window frames, livestock pens, fishing boats, and coffins, as well as structures like storehouses, barns, and overseers’ houses. The enslaved carpenters also labored in the Mansion, sometimes assisting white craftsmen hired by Washington. Anderson recalled proudly that he had been trained by William Bernard Sears, the English craftsman who carved the wooden mantelpiece in Washington’s dining room in the fall of 1775. The Gazette recounted that Sears “laid out the work there, and Sambo, with his force, did the manual labor.”6

The quotations attributed to Anderson in the Gazette provide a rare glimpse of how those enslaved at Mount Vernon viewed their master. He recalled Washington’s keen eye for detail and exacting standards: “At one time, when he was building a corn house at Mount Vernon, [Sambo] had the frame up and was setting the studding at the gable ends, but had not been particular to use his plumb. His master came riding along, and glancing at the building, said, ‘Sambo, that studding is not plumb; knock it off and use your plumb, and always do your work correctly.’ Sambo told me that he did not believe any man could have told the defect with his naked eye but his master, ‘but,’ said he, ‘his eye was a perfect plumb ball.’” Anderson also described his former owner as “very particular and the most correct man who ever lived.” Washington had, at times, borrowed Anderson’s small boat, but never without asking permission, and he invariably returned the boat to the same location: “If it happened to be high tide when he took it, and low tide on his return,” Anderson noted, “I have known him to drag the boat twenty yards, so as to place it exactly where he took it from.”7

Anderson may have kept this boat to expedite visits to his family living on Mount Vernon’s River Farm, which was separated from Mansion House Farm by Little Hunting Creek. His wife, Agnes, was an enslaved field worker there. By 1799 the couple had six children: Heuky (age seventeen), Cecelia (fourteen), Anderson (eleven), Ralph (nine), Charity (two), and Charles (one), all of whom lived with their mother.8 Craftsmen like Sambo Anderson typically visited families on Sundays, their only day off, and occasionally at night during the week. In January 1798 the farm manager noted to Washington that Anderson was unable to work for a day because he was “stopped by the Creek being high.” Did rising water unexpectedly extend a weeknight visit to his wife and children?9

Although he lived separately from his large family, Anderson was enterprising in finding ways to care for them. He hunted birds and hogs and sold them to Washington.10 He also became a skillful beekeeper, selling at least fifteen gallons of honey and four pounds of beeswax to his master between 1789 and 1797. Some of this sweetener likely found its way atop Washington’s hoecakes, the cornmeal dish the general enjoyed “swimming in butter and honey.”11

Sambo Anderson was emancipated in 1801 by the terms of Washington’s will. His wife and their children belonged to the Custis estate and remained enslaved; they were inherited by Martha (Patty) Parke Custis Peter, one of Martha Washington’s granddaughters. As a free man, Anderson settled in a house on Little Hunting Creek, perhaps in or near his family’s old cabin at River Farm. To earn money he continued to hunt wild game, selling it to local families and hotels and, as a result, becoming a well-known local figure.12 After Virginia banned free African Americans from owning firearms without a license in 1806, Anderson applied for and received permission from the Fairfax County Court in 1807 to keep a gun.13

Despite their enslavement, Anderson seems to have been able to maintain ties with his family. In May 1810, his son Ralph ran away from one of the Peter family properties in Seneca, Maryland. An advertisement in the Alexandria Gazette offered a $20 reward for his return, noting that the twenty-one-year-old had likely escaped to his father, “a free negro man named Sambo, living on Judge [Bushrod] Washington’s estate.” Ralph’s fate is unknown, though his escape was temporarily successful: the same advertisement was published at least forty times in the Gazette until December that year.14

Anderson later used earnings from his hunting operation to purchase and then free several of his enslaved family members, including his daughter Charity; his grandchildren William and Eliza; and Eliza’s children James, William, and John.15 In the 1830s, Sambo Anderson and his grandson William were among the twelve formerly enslaved people and their descendants who returned to Mount Vernon to assist with the landscaping around Washington’s new tomb. When Sambo Anderson died on February 20, 1845, his obituary appeared in the Alexandria Gazette. Using an Anglicized version of his name, the brief article noted, “DIED, On the 20th instant, near Mount Vernon, SAMUEL ANDERSON, aged about 100 years, one of the former servants of Gen. Washington, and liberated by that great man in his will. Old Samuel was a native African—had been tattooed in his youth, and bore the marks to the day of his death.”16

2. It is unclear when Sambo began using the last name Anderson. The surname does not appear in records until after his emancipation in 1801, although one of his children was named Anderson, suggesting some connection to the name prior to that date.

3. Sambo may be the carpenter “Sam” who appears on the 1760 list of Washington’s tithable property; Memorandum, List of Tithables [ca. May 1760], Founders Online, National Archives. [Original source: The Papers of George Washington Digital Edition, ed. Theodore J. Crackel (Charlottesville: University of Virginia Press, Rotunda, 2008).] Earlier tax records for Washington do not survive, so we do not know when Sambo arrived at Mount Vernon. In Jan. 1760, Washington noted that “Carpenter Sam was taken with the Meazles”; Diary, Jan. 8, 1760, Founders Online, National Archives. [Original source: Papers of George Washington.]

4. In 1785 Washington proposed moving several of his slaves back to Mount Vernon from Ohio, where they were rented by a local tenant. He wrote to his agent, “I would make a Carpenter of Simon, to work along with his shipmate Jambo [Sambo].” Simon did not want to return, however, and the agent sold him. See Washington to Thomas Freeman, Oct. 16, 1785; Freeman, “Memorandum of the Sale of the Negroes &c. at Washingtons Bottoms,” Oct. 5, 1786, enc. in Freeman to Washington, Dec. 18, 1786, Founders Online, National Archives. [Original source: Papers of George Washington, editorial note 1].

5. Questions persist about the details of Sambo Anderson’s life, specifically his age. Mount Vernon records from 1774 and 1776 refer to “a boy” named Sambo. In 1781, when seventeen Mount Vernon slaves fled to the British warship Savage, Washington’s farm manager recorded a twenty-year-old man named Sambo among those who escaped. If the Gazette author’s reminiscences are correct, Sambo Anderson would have been an adult by the mid-1770s and far older than twenty in 1781. However, analysis of Mount Vernon’s enslaved population reveals only one individual with the name Sambo on the estate during this period, suggesting that the escapee was most likely Sambo Anderson. If this is the case, Anderson likely arrived in America later than 1750 and was younger than believed at the time of his death in 1845. See "Lund Washington Account Book, 1772-1786," Special Collections: Fred W. Smith National Library for the Study of George Washington at Mount Vernon.

8. While the youngest three children are listed in “Washington’s Slave List” of 1799 as being the children of “Sall” at River Farm, there are several reasons to believe that this attribution is an error and that these are, in fact, the children of Agnes and Sambo.

13. Fairfax County Court Order Books, cited on the Friends of the Freedmen’s Cemetery website, accessed March 7, 2016, freedmenscemetery.org/resources/families/documents/anderson.shtml. In the 1876 Gazette article, the author notes that he was part of a patrol after Nat Turner’s rebellion (1831) that confiscated all firearms from African Americans in lower Fairfax County: “Among the rest I called on Uncle Sambo. The old man was loth to part with his gun; indeed, I felt sorry to take it from him, for I believe that Sambo would have shot Nat Turner could he have met him. I told the old man that I would take particular care of his gun, and use my influence to return it to him. I did return it, and never will I forget his gratitude for the same.”