As a cavalry officer, Henry Lee provided reconnaissance for Washington before the Battle of Stony Point.

Upon Washington's death, Henry Lee characterized the first president as "first in war, first in peace, and first in the hearts of his countrymen." The phrase set the tone for future commemorations. 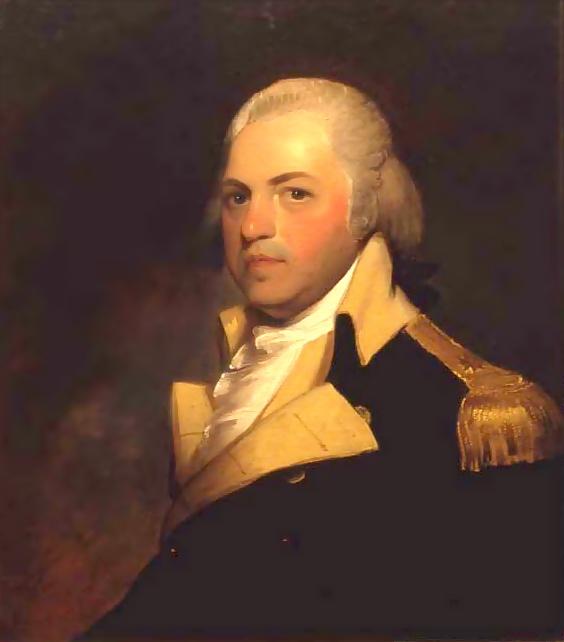 Born near Dumfries, Virginia, Henry Lee, was the son of Lucy Grymes Lee, who was courted by George Washington before her marriage to Henry Lee. Lucy Lee continued cultivating her friendship with Washington who helped advance her son's career.

Henry Lee,  began his career by studying to be an attorney at Princeton University in 1773. However, the coming of the American Revolution brought Lee to serve under Washington with great distinction. Lee was subsequently promoted to major with command of a small irregular corps. Known for exhibiting excellent equestrian talent, Lee earned the sobriquet of "Light-Horse Harry Lee" before receiving the only gold medal for an officer under the rank of general for his surprise maneuvering at Paulus Hook, New Jersey on August 19, 1779. Washington promoted Lee to Lieutenant Colonel in 1780, and was dispatched to the southern theatre of war to be present for the surrender of Cornwallis at Yorktown. 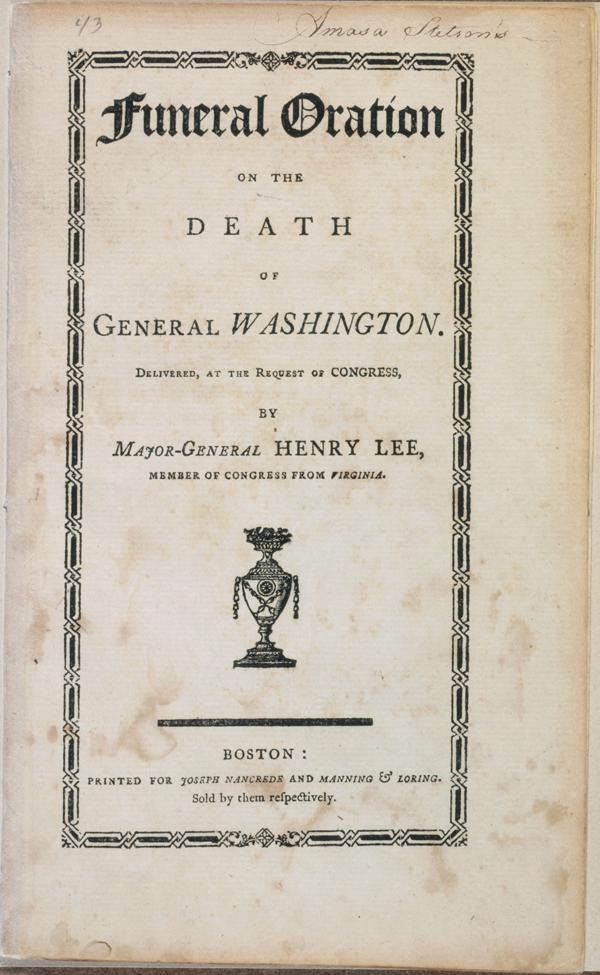 The connection between Washington and Lee continued after the war. Lee served as a delegate of the Continental Congress from 1786 to 1788. Similar to Washington, Lee joined the Society of the Cincinnati, a fraternity of Revolutionary War veterans. In 1786, Washington gave Lee money to purchase a set of blue Fitzhugh bordered china with the Society of Cincinnati motif of Fame holding an eagle. Lee accompanied Washington to help quell the Whiskey Rebellion in western Pennsylvania in 1794. Later in his presidency, Washington chose Lee to serve as an alternate U.S. Army major general for Charles Cotesworth Pinckney and Henry Knox from 1798 to 1800. Lee continued his political career from 1799-1801, serving as a Federalist Congressman.

Lee continued, "when our monuments shall be done away, when nations now existing shall be no more; when even our young and far-spreading empire shall have perished, still will our Washington's glory unfaded shine,"2 and reiterated Washington was "second to none." Lee prescribed that citizens should emulate Washington's life example so that allowing character to grow and endure: "Be American in thought, word, and deed—thus you will give immortality to that union."3

2. Henry Lee, A Funeral Oration on the Death of George Washington at the Request of Congress (Philadelphia: John Hoff, 1800), 5.

Lee, Henry. A Funeral Oration on the Death of George Washington at the Request of Congress. Philadelphia: Printed by John Hoff, 1800.

Lee, Henry. Memoirs of the War in the Southern Department of the United States. Philadelphia: Printed by Bradford and Inskeep, 1812.