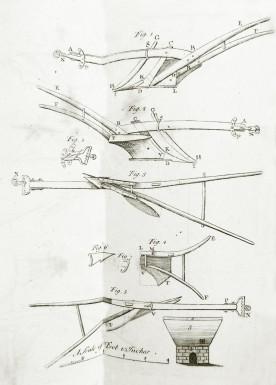 George Washington's precise record keeping was one of his first steps on the path to agricultural improvement and innovation. Over time, Washington's agricultural record keeping grew increasingly detailed and inquisitive, steadily progressing from a basic record of planting and agricultural products to a quasi-scientific journal of experimentation and economic viability. Ironically, while providing an invaluable history of the agricultural activity at Mount Vernon, these records also document the eventual breakdown of agriculture when practiced by a slave labor force cultivating crops with only cyclical labor needs.

Washington's post-Revolutionary War rehabilitation of Mount Vernon progressed from repairing the physical improvements of his plantation to a reconsideration of his entire mode of farming. The end of the war triggered an interest amongst educated and wealthy American planters and gentleman farmers in agricultural reform. On March 1, 1785, twenty-three such prominent planters founded the first American organization devoted to agricultural pursuits—the Philadelphia Society for the Promotion of Agriculture.

In July of 1785, Samuel Powel—the Society's first president—wrote to Washington to announce his election as an honorary member.1 Washington was pleased to be included and carried on correspondence with a number of other members over the remainder of his life. Washington recorded attending at least one society meeting while in Philadelphia and on another occasion attended a demonstration of a threshing machine outside the city.2

In June 1785, Washington signaled his intention to adopt a new and more rigorous approach to farming, seeking an English farmer to assume the management of his Mount Vernon plantation. Washington's desire for a capable farmer circulated through several hands in England and soon found its way to Arthur Young, a major figure in the agricultural reform movement in England. On January 7, 1786 Young wrote directly to Washington, offering to procure workers, materials, and farm animals as needed. The correspondence with Young soon expanded to include other prominent figures in English agricultural circles, including Dr. James Anderson and Sir John Sinclair. In 1797, Washington was even made an honorary member of the English Board of Agriculture.

Arthur Young's enthusiasm only served to encourage Washington to proceed with his project. In August 1786, Washington began to reconfigure the fields at Dogue Run and Muddy Hole from the old three-field arrangement to a new seven-field system. This enabled him to adopt a seven year crop rotation focused on wheat as the principal cash crop, corn for domestic food needs, and legumes to rejuvenate the soil.

By the end of 1786, Washington had set in place a field system on all of his farms that permitted the introduction of the new crop rotation. Up to this point Washington and his overseers used an array of terms to differentiate the different fields. This vague plantation language was replaced on January 1, 1787 with an orderly system of numbered fields specific to each farm, with crop schedules laid down in proper order for seven successive years of planting. 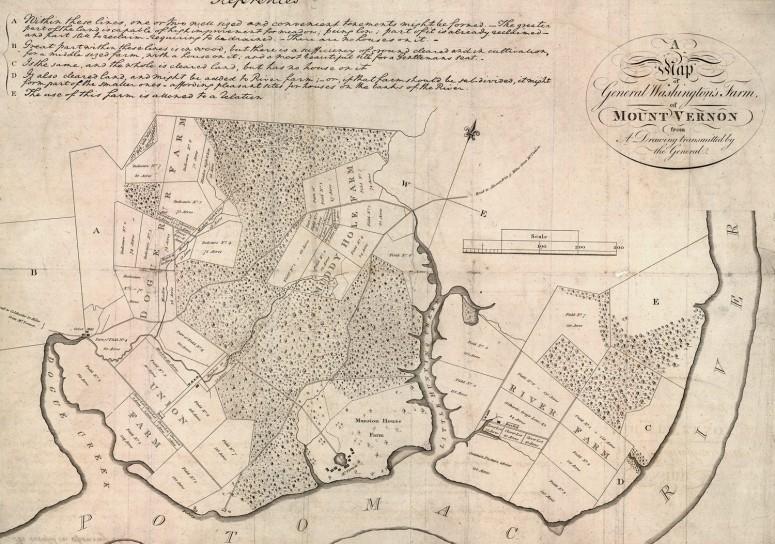 Agricultural reform, however,  was not a simple matter of reorganizing fence lines. Washington recognized that experimentation was anathema to all but the most forward looking farmers. Instead, Washington believed that it was the responsibility of wealthy farmers to undertake experimentation, as failures would be inevitable and losses would have to be absorbed while new techniques were perfected. The individual farms at Mount Vernon were reasonably well equipped for tobacco culture. They were not adequately prepared for the grain based system being brought into play. Washington therefore set about constructing three major new barn complexes, one to serve both the Ferry and French's farms, a second to be built at Dogue Run, and a third at River Farm. 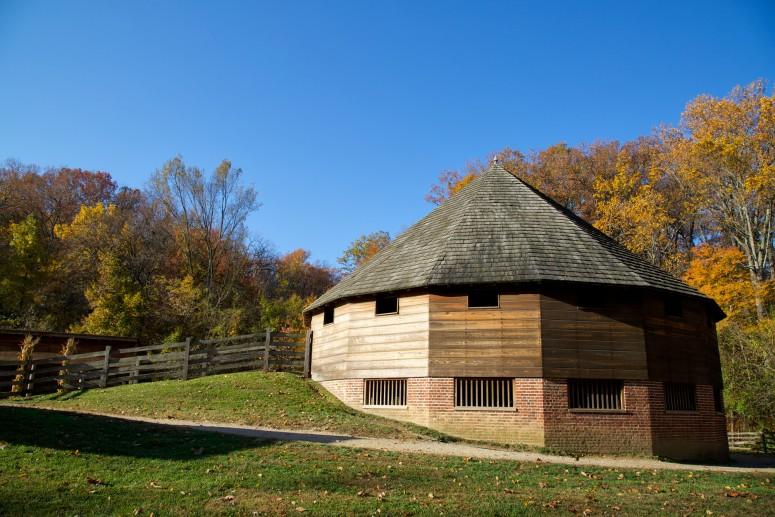 Washington's original intention was to build three similar grain barns. While there are endless variations, the basic form was rectangular with the interior space functionally divided into three parts: a central threshing floor, flanked by hay mows on either side for the storage of unthreshed grain, straw, and hay. This basic organizational system was also found in the overshot fore-bay barns popularly known as Pennsylvania-German bank barns, which were often built into a hillside, allowing livestock stabling in the lower story, and a threshing floor and crop storage above. During the course of this building campaign, Washington reassessed his needs steadily. As a result, each of the three barn complexes assumed distinctive functional and organizational traits.