The Washington family tomb has been a site of pilgrimage for generations, where wreath-laying has been established as a tradition for notable visitors to carry out.

In addition to foreign leaders, many United States presidents have visited Mount Vernon. Read more about their visits in this compilation of articles.

Visits by the British Royal Family

Members of the British Royal Family have been visiting Mount Vernon since the 19th century. 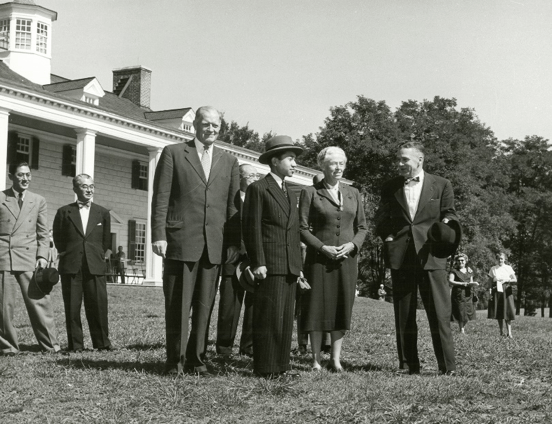 During the decade after World War II, Mount Vernon became an important space for visiting political leaders whose countries had received aid from the United States. Official tours increased dramatically during World War II when foreign diplomats paid respect to George Washington as a statement of strong international relations. After the war political and symbolic leaders continued to arrive with a similar goal. While their relationships with the United States varied, Mount Vernon played an important symbolic role in international diplomacy in the early 50s.

International leaders used Mount Vernon as a public space to show their gratitude to the United States. Both France and Britain sent esteemed visitors within the last year of the Marshall Plan, an American initiative (1948) to aid European countries recovering from World War II. The Marshall Plan funded the United Kingdom, France, and nineteen other countries to maintain economic stability, and prevent communist expansion into western Europe. After the plan ended in 1951, Europe had improved economic growth and productivity.1 At the same time, Mount Vernon was recognized as a symbol of American strength. In April 1951 the United States Department of State worked with Trans World Airlines (TWA) to sponsor a group of forty “distinguished foreign journalists” on a two-week tour of the United States, including a day at Mount Vernon. In a letter to Mount Vernon Superintendent Charles C. Wall, a TWA representative stated that the tour’s purpose was “to show leading molders of opinion abroad the true America, and the American way of life.”2

French President Vincent Auriol visited Washington, D.C., in March 1951, not to seek aid, but to solidify the relationship
between his country and the United States. His message, delivered within days of his April 4 visit to Mount Vernon and reprinted in American newspapers, emphasized loyalty and gratitude: to aid in defense against communism, France “would give total collaboration to all those who together with to pursue this double task. And that is why… nothing can separate France from the United States.”3 A party of nine, including the French Ambassador, accompanied President Auriol to Mount Vernon.4 They toured the house before walking to Washington’s Tomb, where Auriol laid a wreath. Auriol also made public visits to the Tomb of the Unknown Soldier where he expressed his admiration for the United States.5

Seven months later, on November 1, 1951, Mount Vernon hosted Princess Elizabeth and the Duke of Edinburgh of the 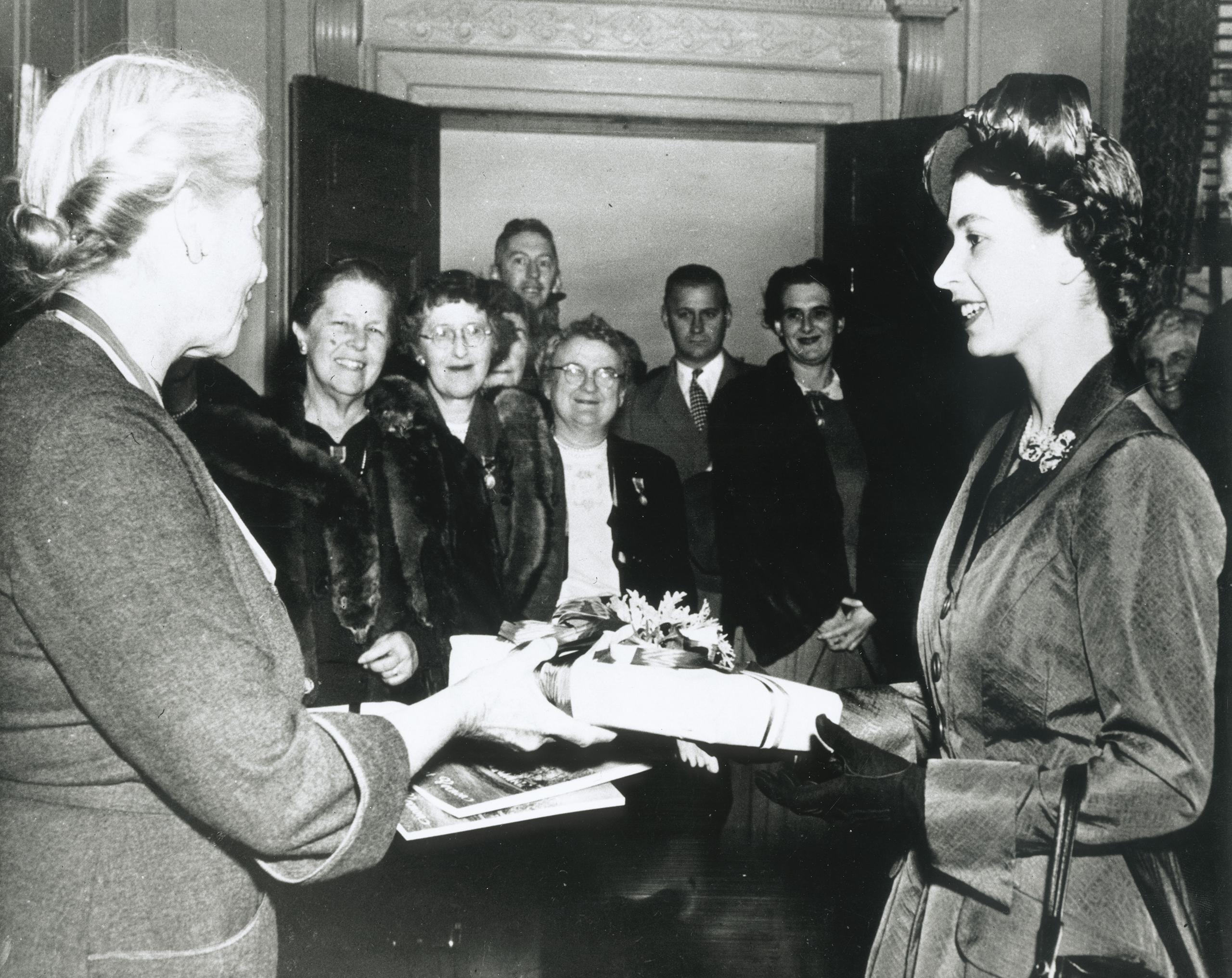 United Kingdom. Their forty-minute visit, accompanied by Wall, drew a huge crowd of reporters. The royal couple arrived by car at 10:00AM, and immediately went to Washington's Tomb to lay a wreath. Afterwards Princess Elizabeth met with reporters and photographers on the piazza. Later that day, she visited the Arlington Cemetery, and other monuments around Washington.6 Mount Vernon Staff planned for extra security to ensure her safety while leaving the site open for to public to see the Princess, and provided reporters time to take pictures and ask the royal couple questions.7 The princess drew a crowd of more than 10,000 people in Richmond and around Mount Vernon.8 Like France, Britain had received considerable aid under the Marshall Plan, and their visits centered on patriotic sites.

While visits from the United States’ wartime allies demonstrated their gratitude, visits from America’s past enemies showcased new foreign relationships. In 1953 Imperial Prince Akihito of Japan visited the United States for the first time.  Immediately following World War II the United States had occupied Japan and established a democratic government, stripping Akihiko’s father of political authority. The Cold War turned Japan from enemy to potential ally, and the United States focused its efforts on building up the Japanese economy.9 The teenage prince’s visit to Great Britain, and the United  States gained interest from newspapers because he was the first member of the Japanese Imperial family to travel since World War II.10 He was greeted with anti-Japanese sentiments in Britain11, but celebrated in the United States.12 Akihito spent two days touring Washington, closely trailed by a charmed press. Mount Vernon marked the end of his trip on September 10.  Along with a group of three Japanese officials, Akihito was accompanied by Charles C. Wall, John Simmons from the Department of State, and Mrs. Thomas Ives Hare Powel, Regent of the Mount Vernon Ladies’ Association.  After his tour Akihito laid a wreath at Washington’s Tomb and met with reporters on the lawn.13 On October 22, Japanese Ambassador Eikichi Araki, wrote to Wall on behalf of Prince Akihito and described “a lacquer cup bearing the imperial crest” which the prince sent to staff at Mount Vernon as a “memento of his visit.”14

Mount Vernon was also an important site for political leaders seeking aid from the United States. When the Premier of Italy, Mario Scelba arrived in Washington on March 23, 1955, his reason was not transparently political. The New York Times reported that he would not be seeking more aid for Italy during his visit,15 but only four days later he had negotiated a $70,000,000 loan from the Eisenhower administration. Immediately following that agreement Scelba and President Eisenhower travelled to Mount Vernon accompanied by delegation of Italian officials and closely followed by press. The tour celebrated the deal, gave Scelba a public setting to show gratitude, and highlighted his relationship with Eisenhower.  Scelba laid a wreath at Washington’s tomb before leaving for Italy the following day.16

1. Greg Behrman, The Most Noble Adventure: The Marshall Plan and the Time When America Helped Save Europe, (New York: Free Press, 2007).