The Powel House, where Elizabeth Willing Powel held her salons, is maintained by the Philadelphia Society for the Preservation of Landmarks. 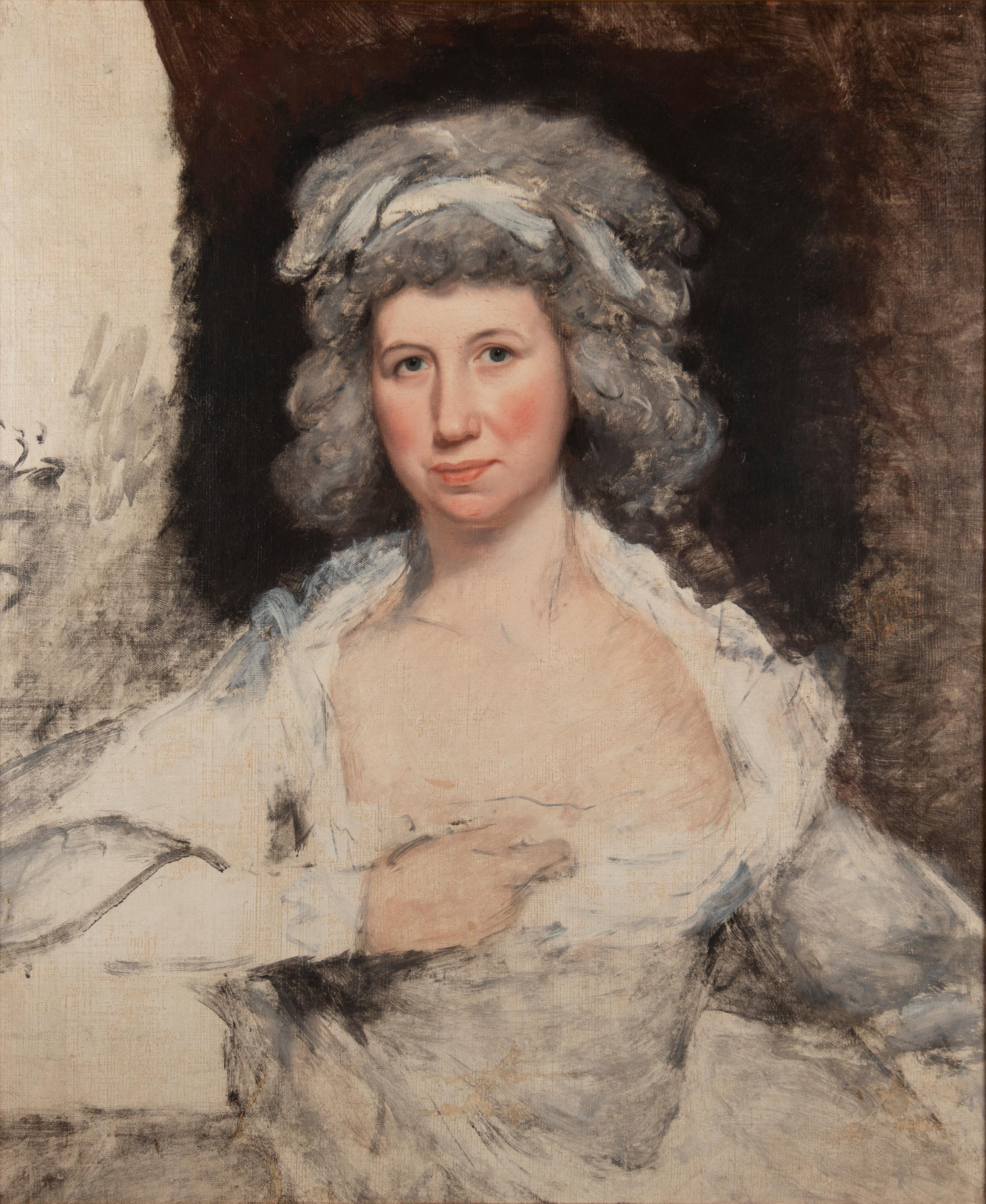 Elizabeth Willing Powel, considered one of the well-connected social figures of Colonial and Early Republic Philadelphia, played a vital role in American history as a close friend of both George and Martha Washington.

Powel was born on February 10, 1742/3 to Charles and Ann Shippen Willing, in Philadelphia, Pennsylvania.1 She was the sixth of eleven children, ten of whom survived to adulthood. Powel hosted prominent families and figures such as the Washingtons, John and Abigail Adams, Benjamin Franklin, the Marquis de Chastellux, the Marquis de Lafayette, and others.

In August of 1769, Elizabeth married Samuel Powel, the son of another wealthy Philadelphia family, who had just returned from a seven-year tour of Europe. The Marquis de Chastellux described the Powels as “…difficult to separate from each other, who lived together not as man and wife… but as two friends, happily matched in point of understanding, taste, and information.”2 Through this, among some other pieces of correspondence, an image of a successful marriage emerges. Though they lost four children over the course of their marriage, their relationship remained steadfast, until Samuel’s death in 1793. Samuel and Elizabeth moved into a home on South Third Street, which still stands today.3 Elizabeth sold the house after Samuel’s death to her nephew-in-law, William Bingham, in 1798, before moving to a home near Independence Hall, where she resided until her death in 1830.

In the early 1770s, during the beginnings of the American Revolution, the Powels’ Third Street residence became the premiere place for entertainment. One description of a lavish party thrown by the Powels comes from John Adams’ diary, kept during the second session of the Continental Congress.

On September 8, 1774, he wrote, “Dined at Mr. Powells -- A most sinfull Feast again! Every Thing which could delight the Eye, or allure the Taste.”4 Powel ran her parties in the French style of a salon, a location where leading intellectuals and other elites gathered to discuss current political and social issues.

Powel’s salons remained a center of political life in Philadelphia throughout the late eighteenth century.5 She often participated in these political and social discussions, though not without some criticism from her family. In March 1808, Powel’s sister Ann Willing Francis wrote to her other sister Mary Willing Byrd, that “…When in society she [Elizabeth] will animate and give a brilliancy to the whole Conversation, and the uncommon command she has of Language and her ideas flow with rapidity… her Patriotism causes too much Anxiety. Female politicians are always ridiculed by the other Sex.”6

One story about Powel’s political fervor is from a notation in Secretary of War James McHenry’s journal kept during the Constitutional Convention in 1787. He wrote in his journal on September 18, 1787 that, “A lady asked Dr. Franklin Well Doctor what have we got a republic or a monarchy—A republic replied the Doctor if you can keep it.”7 Newspapers and a few publications reprinted this story in the early nineteenth century, adding that this interaction either happened when Benjamin Franklin left the state house, or “walked into the room.”8 Powel herself did not fully deny the interaction, but wrote in 1814, “… I have no recollection of any such conversations... Yet I cannot venture to deny after so many Years have elapsed that such conversations had passed. I well remember to have frequently associated with the most respectable, influential Members of the Convention that framed the Constitution, and that the all-important Subject was frequently discussed at our House…”9

Powel had the most political impact through her relationship with George Washington. The Washingtons first met the Powels as early as 1774 during the Continental Congress in Philadelphia, though officially by January 1779, when they attended a party at their residence.10 Through dinner parties and various social events, including theater performances and attending the circus, Washington and Powel became close friends. The best example of her political impact is from November of 1792, in a letter she wrote to Washington after he spoke with her about leaving the presidency.11 Her letter consisted of numerous reasons of why his leaving office would negatively affect the country.12 Washington, though no reply survives, took the advice seriously and ultimately agreed to serve a second term in office.

The Powels visited the Washingtons at Mount Vernon in October of 1787, on the way to visit Elizabeth’s sister Mary Willing Byrd at Westover Plantation.13 In a letter from Elizabeth to Martha Washington in November 1787, she thanked Martha for the “Sense of the elegant Hospitality exercised at Mount Vernon, where the good Order of the Master's Mind, seconded by your excellent abilities, pervades every Thing around you, & renders it a most delightful Residence to your Friends.”14 When Philadelphia was under threat of a Yellow Fever epidemic in 1793, the Washingtons wrote the Powels in September of 1793 to ask them to take refuge at Mount Vernon, but they decided to stay in Philadelphia, and Samuel would die of the fever later that month.15

After George Washington’s death, Powel remained close with the Washington and Custis descendants, including Bushrod Washington, George Washington's nephew who later became a justice on the Supreme Court and the owner of Mount Vernon. When their correspondence first began in 1785, Bushrod wrote Elizabeth repeatedly, without taking into account the proper etiquette of letter writing, in that a man was supposed to ask for permission from the husband before writing a married woman. She admonished Bushrod: "I thought your knowledge of what is proper & your Attachment to [Samuel] would have rendered it unnecessary for me to give you any [Intimations] on such a Subject. I cannot ascribe your Silence to any other Cause than a misplaced Diffidence. Had you, attentively, read the note you received by Govr. Morris this Explanation would have been altogether unnecessary.”16 Powel also purchased a set of black satin robes for Bushrod Washington’s new job in the Supreme Court, in April 1799.17

Powel did not remarry after Samuel’s death, but surrounded herself with family and friends until her death on January 17, 1830, “distinguished by her good sense and her good work.”18

6. The Papers of Richard Evelyn Byrd, I, of Frederick County, Virginia. A Note on a Valuable Collection of Family Letters and Other Documents with Extracts Therefrom, Everard Kidder Meade, (Richmond: The Virginia Magazine of History and Biography, Vol. 54, no. 2), 106-118.

18. A record of the inscriptions on the tablets and gravestones in the burial-grounds of Christ Church, Philadelphia, Edward L. Clark, (Philadelphia: Collins, Printer, 1864), 129.