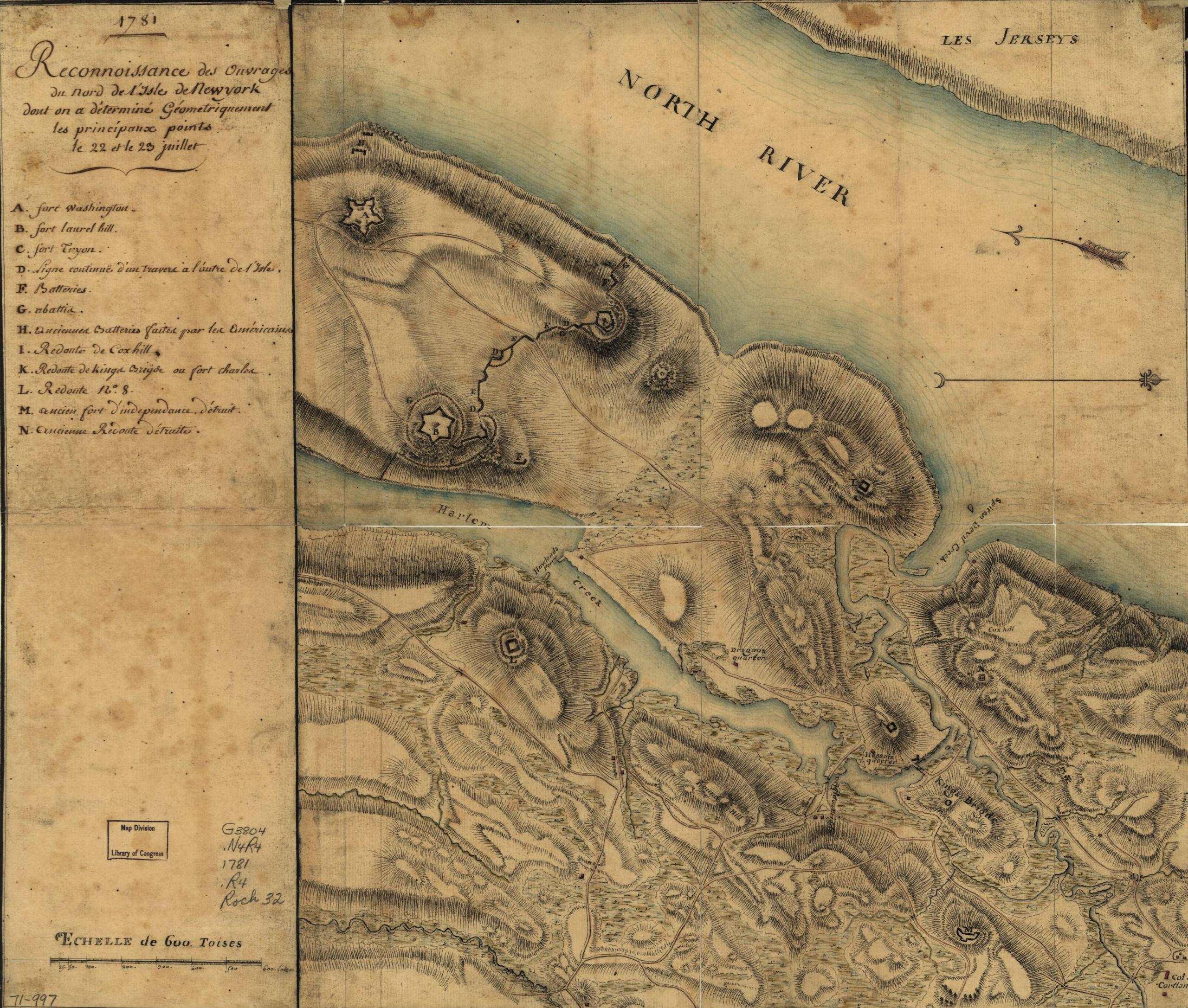 On August 22, 1776, New Yorkers heard the cannon blasts of the Battle of Long Island. Five days later, an expeditionary force of over 32,000 British regulars, 10 ships of line, 20 frigates, and 170 transports defeated Washington’s troops at Kip’s Bay and invaded Manhattan Island. Thus began seven years of British occupation in the City of New York.

New York City during the American Revolution was characterized by a complex web of loyalties, with familial, political, and mercantile ties interwoven in a tightly packed space. Much as today, the shores of the Hudson and East Rivers hardly limited connections between people and commerce throughout the war. However, an already dense area had to cope with the addition of two armies and imposition of wartime regulations, creating a unique environment in which political, class, and economic concerns constantly tugged at the population.

With every Continental Army victory in surrounding areas, particularly at Saratoga in October 1777, the city dealt with a massive influx of Loyalist refugees moving behind British lines out of concern for their own safety. William Franklin, the former British Royal Governor of New Jersey, wrote to John Allen also acknowledging that he “removed to New York in the year 1777 from New Jersey where he suffered greatly by the Rebells for his loyalty.”1 The additional population density only added volatility to the city’s short fuse.

From the beginning of the occupation in late August 1776, the British imposed martial law on the city. Though General William Howe established an American-staffed police force, the British Army effectively managed all law enforcement activities. And while this police force was charged with suppressing unsavory activity by the army, the British certainly caused their fair share of damage to the city itself. Contemporary accounts noted soldiers’ frequent patronage of the city’s red light district, various taverns and saloons, and systematic looting of American patriots’ property.

British occupation was also characterized by permeable boundaries that allowed a thriving black market trading operation. With family members, often women, in particular, evading checkpoints and traveling frequently from New Jersey to the city, authorities had significant difficulty containing this illicit trade. With two armies to feed in the immediate vicinity, this was a serious problem, serious enough to merit the attention of George Washington. In February 1779, he lamented, “I cannot, consistent with my feelings and my duty suffer those only to reap the Benefit of a trade, who from their peculiar characters can gain admittance within the Enemy’s Lines.”2 Washington corresponded frequently with Governor William Livingston of New Jersey on the illicit trade. In November 1777, Livingston wrote to Washington, “This Evil instead of being checked has grown to so enormous a height that the Enemy as I am informed is plentifully supplied with fresh Provisions, & such a Quantity of British Manufactures brought back in Exchange as to enable the Persons concerned to set up Shops to retail them.”3 New Jersey passed a law in 1778 entitled “An Act to Prevent the Subjects of this State from going into, or coming out of, the Enemy’s lines without permissions or Passports, and for other Purposes therein mentioned.” It was amended throughout the war.4 Likewise, on the British side, General Howe strictly enforced Parliament’s Prohibitory Act, a measure passed in 1775 prohibiting commerce with the American colonies.5 In November 1776, Howe made a proclamation “permitting goods to leave town provided that a permit were procured from the Superintendent of Exports and Imports.”6

African Americans, too, took advantage of the porous boundaries to better their circumstances. Enslaved people belonging to residents of New York City took advantage of the confusion to obtain their freedom, often slipping across to New Jersey and elsewhere via the same illicit trade routes. As a result of Lord Dunmore’s proclamation and similar offers granting freedom to all able-bodied enslaved people who left patriot masters to join the British side, they had great incentive to risk a crossing.7 Officials took note and regulated accordingly. New York Governor George Clinton wrote to Washington in 1778 that a Loyalist referred to as Mr. Smith attempted to travel with enslaved people: “Before Mr. Smith left the Country, he applied to me concerning his Male Servants, which the Commissioners did not conceive themselves authorized to permit him to take with him as they might be imployed to fight against their Country. The Slaves he might have sold if he had pleased.”8 Enslaved people on both sides also used the presence of the British Army as leverage in negotiating for better conditions and treatment with their masters. Historians speculate that the wartime situation likely contributed to New York becoming one of the last northern states to pass emancipation laws.

On November 22, 1783, American troops led by General Washington and Governor Clinton entered New York City and ended the British occupation.9 Much was left to be determined—including the fate of New York’s Loyalists and the status of enslaved people who enlisted with the British—but undoubtedly, the occupation left an indelible mark on the New York area.

1. Recommendation by Governor William Franklin, February 18, 1779, American Loyalists: Transcript of various Papers relating to the Losses Services and Support of the American Loyalists and to His Majesty’s Provincial Forces during the war of American Independence, preserved amongst the American Manuscripts in the Royal Institution of Great Britain, London, 1777-1783, reel 23, page 45, Manuscripts and Archives Division, New York Public Library, New York, New York.

5. Great Britain, A collection of all the statutes now in force: relating to the revenue and officers of the customs in Great Britain and the plantations (London: C. Eyre and W. Strahan, 1780), 1459.

7. John Murray, Earl of Dunmore, By his Execellency the Right Honourable John Earl of Dunmore, his Majesty's Lieutenant and Governour-General of the Colony and Dominion of Virginia, and Vice-admiral of the same. A proclamation Declaring martial law and to cause the same to be (Norfolk, 1775), Library of Congress, accessed October 17, 2017, https://www.loc.gov/item/rbpe.1780180b/.