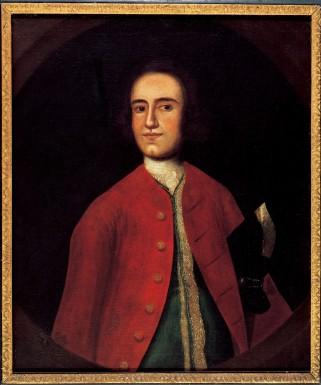 In 1749, George Washington's half-brother Lawrence fell ill with a cough. By 1751 the illness matured into tuberculosis. Several unsuccessful trips to the hot springs at Berkeley, Virginia and the prospect of another winter at Mount Vernon pushed Lawrence to explore other options. After learning of Barbados and its reputation for treating lung diseases, Lawrence Washington began planning a trip to the island.

Lawrence, however, was unable to undertake the voyage with his wife Anne because of the recent birth of their fourth child. As a result, Lawrence turned to his brother for company. On November 2, 1751, the brigantine Success landed in Barbados and the Washington brothers made their way to the city of Bridgetown.

When the duo arrived in Bridgetown it was one of the largest cities in the British Atlantic. Settled in 1627, Barbados became one of England’s most profitable colonies through a booming sugar trade. Visitors noted how "all the Ilands that I have passed by and seen unto this day, not any pleaseth me soe well."1

But Barbados' affluence came at a price, as the riches generated by sugar engendered great disparities in wealth. English planters employed thousands of indentured servants and African slaves to farm the plantations. In an effort to control the growing numbers of unfree laborers, the planter elite began turning to increasingly harsh measures to control slaves. When planters migrated from Barbados to the Carolinas in the 1660s they also brought their experience with plantation management. This knowledge formed the first slave codes in mainland British America.

George and Lawrence spent nearly six disaster-filled weeks in Barbados. Lawrence found the oppressive heat miserable and the venture failed to improve his condition. The situation became worse for George Washington. On November 17, 1751, George Washington was stricken with smallpox. Residents of Virginia had little exposure to smallpox and Washington did not have the opportunity to develop immunity to this disease in his youth. Fortunately, Washington recovered quickly and eventually set sail home for Virginia in December.

Washington's trip to Barbados had a significant impact on his life. While in Barbados he explored the economics of sugar cane and the role of Barbados in the Atlantic economy, no doubt influencing his approach to Mount Vernon’s plantations. Additionally, he explored the forts and military structures of the island. When he returned to Virginia he placed a renewed emphasis on his role in the military. Washington sought a commission in the regular British Army while engaging in evening conversations with high-ranking military officials.

While this experience undoubtedly fostered his desire to enter the military, Washington's sojourn to Barbados had a greater impact, one with profound implications for the United States of America. During the Revolutionary War the colonial army was ravaged by smallpox. Thanks to his exposure to smallpox in Barbados, Washington was immune to further bouts with the disease and managed to avoid suffering from this illness like his troops. Additionally, it was under Washington's watch that his men were administered one of the earliest known inoculations against smallpox.

Learn even more about Washington's trip to Barbados