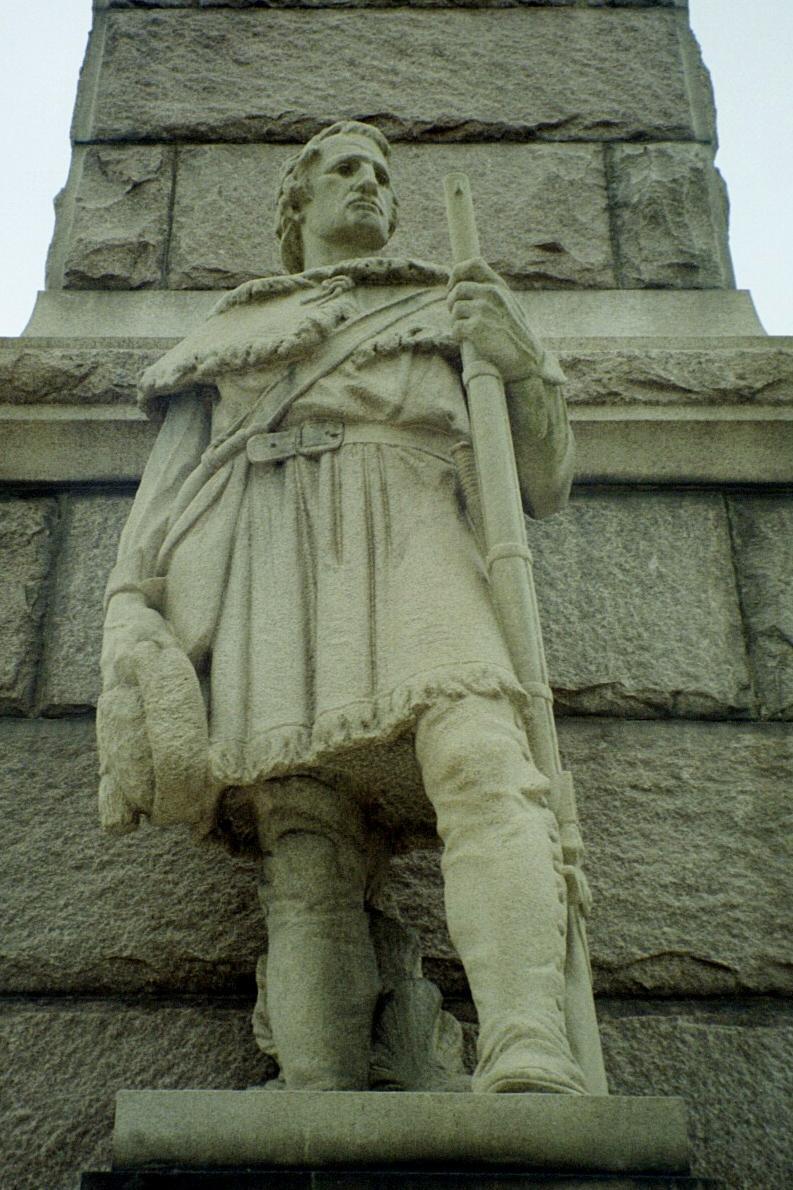 Andrew Lewis served as one of George Washington’s principal officers in the Virginia Regiment during the French and Indian War and, in the words of George Washington biographer Douglas Southall Freeman, was unquestionably “the hardest-working officer of the Regiment.”

Born in County Donegal, Ireland, Lewis immigrated as a youth to North America with his family and, by 1733, settled on the Virginia frontier in Augusta County.  Maturing in these environs prepared him - and his four brothers - well for backcountry warfare.  Andrew Lewis was active in the local militia for several years before receiving a Captain’s commission in the Virginia Regiment on March 8, 1754.  After Braddock’s defeat, Colonel George Washington promoted Lewis as Major of the renewed Virginia Regiment in September of 1755.  Lewis commanded the ill-fated Sandy Creek expedition in 1756 and played a key role in the Anglo-American assault on Fort Duquesne in 1758, where he was captured and spent the next year in captivity in Canada.  Unaware at first that Lewis been taken alive, Washington wrote that “Lewis, who chearfully went upon this Enterprize (when he found there was no dissuading Colonel Bouquet from the attempt) frequently there and afterwards upon the march, desired his friends to remember, that he had opposed the undertaking to the utmost. He is a great loss to the Regiment and is universally lamented."1

Andrew Lewis continued in military service during Pontiac’s rebellion and as a commissioner at the Treaty of Fort Stanwix in 1768.  He moved his family to the newly-established Botetourt County, Virginia around 1770 and he was duly elected to the Virginia House of Burgesses for several sessions thereafter.  In the summer of 1774, he was chosen to command the colony’s militia in Lord Dunmore’s War, which culminated at the Battle of Point Pleasant on October 10, 1774.

On the eve of the War for American Independence, Lewis was appointed by the Second Virginia Convention along with George Washington and others to a committee “to prepare a Plan for embodying, arming and disciplining such a Number of Men as may be sufficient for" defending the state on March 23, 1775.2  Less than a year later, the Continental Congress appointed him a Brigadier General in the Continental Army on March 1, 1776.  General George Washington wholly approved of the selection, writing, “The appointment of Lewis I think was also judicious…I always look’d upon him as a Man of Spirit and a good Officer.3”  Lewis’ greatest triumph in this role was in driving the defiant Royal Governor, Lord Dunmore, out of Virginia at Gwynn’s Island in July of 1776.  However, hard feelings over the promotion of a junior officer steered Andrew Lewis to resign his commission the following spring.4 George Washington sought to placate his old comrade-in-arms: “I was much disappointed at not perceiving your name in the list of Major Generals lately made by the Congress: And most sincerely wish that the neglect may not induce You to abandon the service…The Cause requires your Aid - No one more sincerely wishes it than I do.5”  Andrew Lewis continued to serve his state and country as an Indian commissioner and on the privy council of Governor Thomas Jefferson until his death in late September of 1781.

2. March 23, 1775, The Proceedings of the Convention of Delegates for the Counties and Corporations in the Colony of Virginia. Held at Richmond Town, in the County of Henrico, on the 20th of March, 1775 (Richmond: Ritchie, Trueheart & Duval, Printers, 1816), 5.

Stuart, John. Memoir of Indian Wars, and Other Occurrences.   Presented to the Virginia Historical & Philosophical Society, by Chas. A. Stuart. With an Introduction by Otis K. Rice.   Parsons, W. V.: Reprinted by McClain Print. Co., 1971.