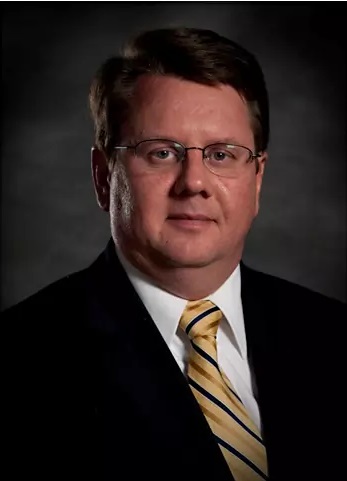 Mark Tabbert, Director of Collections at the George Washington Masonic National Memorial Association in Alexandria, VA., discuss Freemasonry in early American history with Dr. Kevin Butterfield. Below is a transcript of only part of their conversation. You can hear the full interview in an episode of Conversations at the Washington Library.

Why would a colonial American want to become a Freemason?

Freemasonry was a phenomenon that was growing in Scotland and England and Ireland through the 1680s, 1690s and more specifically 1710s and 20s. The first grand lodge of England forms in the 1720s. And then more specially the publication of the first constitutions of Freemasonry published by James Anderson in 1723, basically gives the means to spread the fraternity throughout the empire. And throughout Europe as well.

So it became a social phenomenon to join. Men of good character, men seeking to rise in society, men in the colonial, all walks of life, was a thing to do. The fraternity early on attracted high aristocracy and even members of the royal family, so that just attracted more and more men who might want to join but on a very personal level or individual level.

Especially somebody like Washington who is on the edge of the frontier, who is in the wilderness in some sorts, but he comes from a well to do family. This is one more means for him to gain entrance into society. When he joined when he was 19 years old, I believe at that time in his life he presumed at some point that he would go to England, socialize in London, and potentially be received in court. He certainly at a young age aspired to get a king's commission.

What lodge does George Washington join in 1752?

There are only two or three lodges in the area. There is a lodge in Annapolis, Maryland. There is a lodge down in Norfolk. There are lodges in Philadelphia of course, in Boston and elsewhere. But the lodge that is forming in Fredericksburg, we're not really sure when it formed. The first known minutes are from August of 1752, just a couple months before Washington joined.

Fredericksburg was a commercial port. It was founded in large part by Scotsman, especially Scots tobacco merchants who were seeking to get Virginia tobacco planters to ship their tobacco to Scotland, rather than to Bath or to London. So the Scotsmen, who had been Freemasons and Freemasonry is part of Scottish culture going back to the 1600s, even to the 1500s. It was just a natural, cultural thing that they would bring along with them, like a Presbyterian church or a whiskey distillery.

But it was really a group of maybe 15 or 20 men who were Freemasons mostly from Scotland already, who were meeting in a tavern and having a club meeting essentially. There was very little regalia. There wasn't any aprons, masonic aprons or other things. It was again a startup in the same way that any kind of other organization, think of a one-room schoolhouse out on the prairie in the 1750s, right? Same thing.

How did someone who was not a mason learn what occurred at meetings?

So specifically for George Washington, we know that the first Masonic book published in the colonies was Benjamin Franklin's reprint of Anderson's constitution in 1733. And Franklin sent copies of that book to Boston where his family is from and also down to the Carolinas for sale. We also know there were Masonic orations and sermons being published in the colonies in the 1740s, 50s, including two in Annapolis in 1751.

But as far as the actual private work, the secret work of Freemasonry, the rituals. Those were being exposed in the 1720s in newspapers and then there were several books of pamphlets published in the 1720s and 30s that were by Freemasons or lapsed Freemasons who actually went through and gave you everything. And they were very, very prominent by the 1750s. So, for example, we don't know exactly what ritual Washington received when he joined in 1752 but there were exposures of those rituals in 1760 that were very, very close.

Did Freemasonry influence the American Revolution?

It is ridiculous to think that Freemasonry had a role in the American Revolution. Individual Freemasons yes. And this is always true. We always have to delineate between the institutions and the individuals. So, you could argue that any particular government is good or bad but there are good and bad politicians right. So it's the same thing. You could argue that a corporation is good or bad but there are certainly better or worse executives in corporations. So Freemasonry, there are many men who were Freemasons during the War for Independence such as Benjamin Franklin and George Washington.

But for every significant one, there was one that wasn't. Thomas Jefferson wasn't a Freemason. Alexander Hamilton wasn't. And even men when you think they were Freemasons such as Major General Henry Knox, there is no record of him being a Freemason until well after the revolution. So you have to, like anything else, you have to get down to the facts. Just because somebody is listed as a Freemason, doesn't mean that they meant anything to them. That's part of the work I'm doing.

The men who supported Freemasonry and the men who tended to join Freemasonry in Washington's generation were men who believed in self-determination, believed in Republic virtues, believed in peaceful assembly of people, freedom of the press, freedom of religion. Very radical ideas especially in continental Europe. There are many reasons why the Roman Catholic Church and kings and emperors went after Freemasons in places like France and Bavaria and Italy and Spain because they directly challenged the authority of the church and of the crown. So there was a revolutionary aspect to Freemasonry, because yeah, it actually upholds human dignity and human rights.

How did this popular misperception of a connection between Freemasonry and the revolution from?

Well, some of that is Masonic pride. Freemasons like to talk about the Founding Fathers. And so it's one man's traitor is another man's patriot. I think Ronald Reagan said that. So, since the revolution was successful and we gained our independence, these were all the pantheon of our heroes. If we had lost, they would all have been traitors. But more specially, the French Revolution is the real issue here.

The French Revolution, of course, went from relatively peaceful kingdom in 1788 to the storming of the Bastille in 1789 and by 1792, within three or four years, you're getting into the Reign of Terror where thousands of people were being executed by Robespierre and other people. The rise of Napoleon and the destruction of the Catholic Church in France. The destruction of monasteries. So whole scale slaughter of people, which horrifies Europe and still horrifies people today.
There were several books written and led people to believe that Freemasons were behind it. There's a very famous one by a Scotsman called John Robinson called The Proof of Conspiracies which was published in 1797 and others which allay all these shocking revolutionary things that defeat the shadowy organization called The Illuminati which infiltrated Freemasonry and attempted to infiltrate Freemasonry in the United States as well.

The best summation of all that revolutionary paranoid idea I think comes from the novelist Umberto Eco who wrote in one of his books called Pendulum, in the absence of a supreme being that you believe is governing the universe and has a plan, in the absence of belief of that, when something weird and strange happens, human beings chock it up to some sort of conspiracy right?

Mount Vernon has a variety of fascinating objects related to George Washington and Freemasonry in our collection.

Freemasonry played a role throughout George Washington's life, joining the Lodge in Fredericksburg, Virginia in 1752, through his death, where brothers of Alexandria Lodge performed Masonic rites at his funeral.