In 1879, the United States made Washington's February 22nd Birthday a federal holiday. Today, the third Monday in February is frequently referred to as "Presidents' Day." So which is it? We get to the bottom of what's official and what's not.

When was Washington's actual birthday? 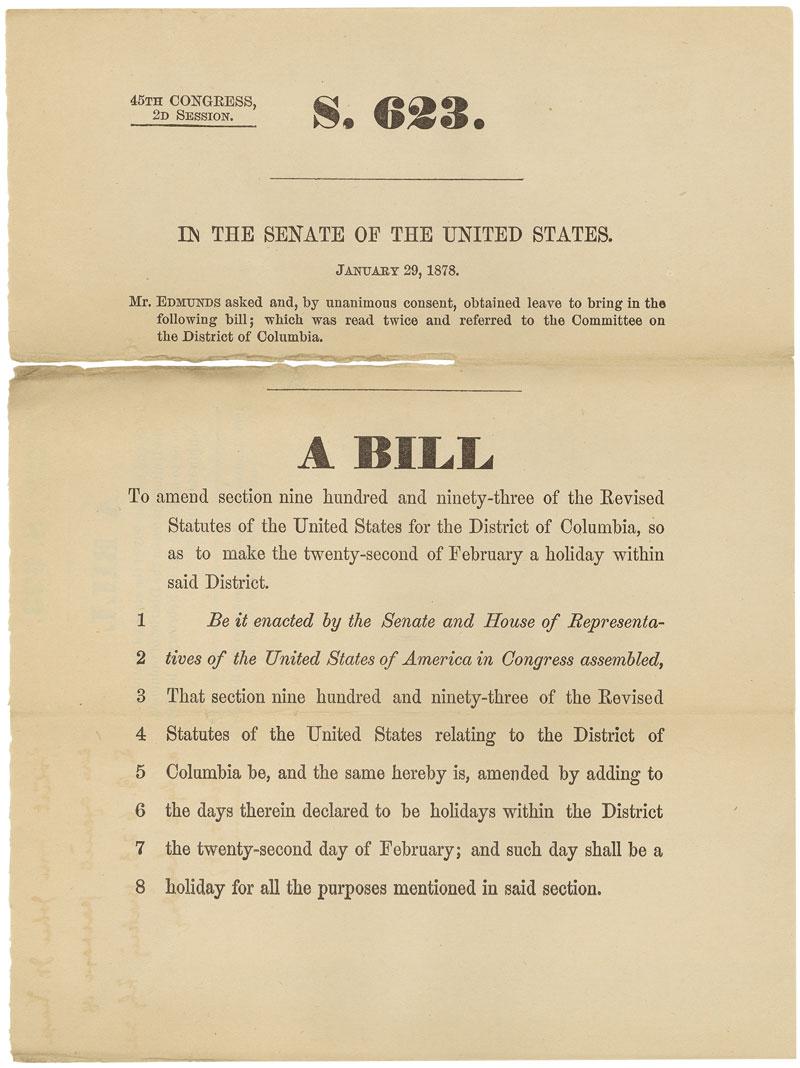 George Washington was a humble man who did not enjoy flashy celebrations. During his lifetime, Washington paid little attention to his own birthday, and often “celebrated” it by responding to letters or attending to matters at Mount Vernon.

However, national celebration of his birthday began while he was alive and continued after his death. While his birthday is still recognized to this day, the parameters around it changed in the late 20th century, when it unofficially became known as “Presidents’ Day”.

The road to what the majority of the public in the United States now recognizes as Presidents’ Day is a long and confusing one. After Washington died in 1799, his birthday was informally celebrated across the country. It wasn’t until  January 31, 1879, that Washington’s birthday became a federally recognized holiday. 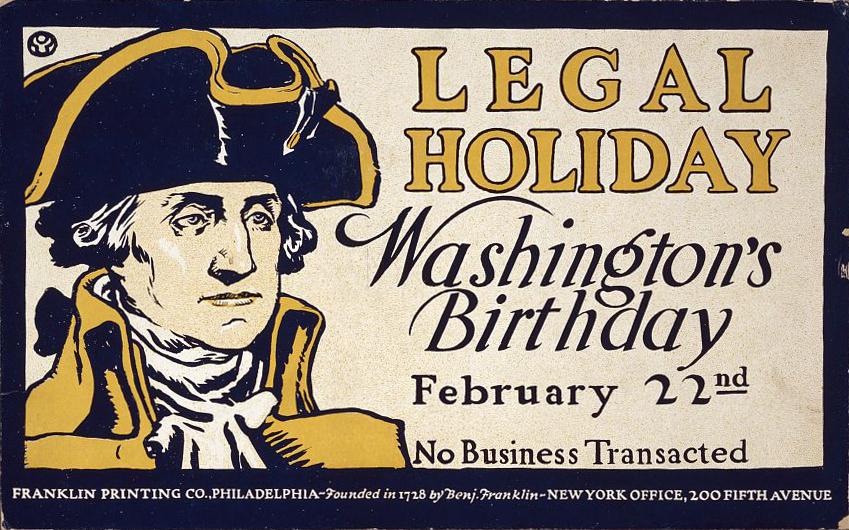 Washington's birthday is also recognized in another unique fashion. Starting in 1896, it has become a tradition to read Washington's Farewell Address on February 22 (the actual day of his birth) in the US Senate by a current member. This tradition reminds us of a man whose patriotic spirit still inspires us to this day, particularly federal workers who uphold what he helped create.

Moving to a Monday

Until 1968, Washington’s Birthday had always been celebrated on February 22. It was tradition and a powerful reminder of the man who helped create what we have today in the United States. 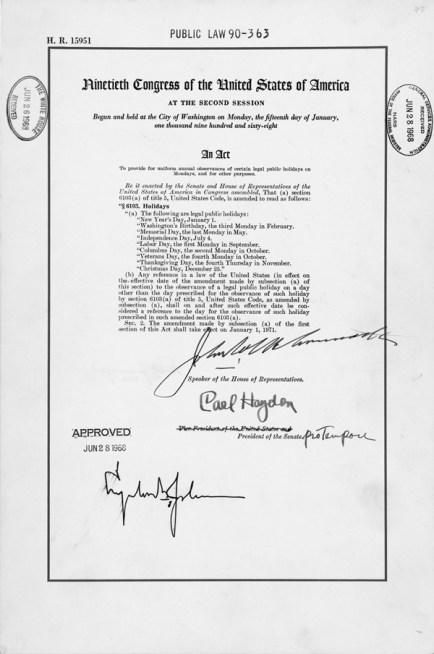 On June 28, 1968, Congress passed the “Uniform Monday Holiday Act”. This law was to provide uniform annual observances of certain legal public holidays on Mondays. The act was also created to provide federal employees with more three-day weekends. Under this new law, Washington’s birthday would be celebrated on the third Monday of February, partially losing the value and identity of the importance of his birthday. Washington’s birthday has not been celebrated on the actual day of his birth since the law took effect in 1971.

Today the nation typically combines Washington’s Birthday with Presidents’ Day, celebrating both days on the third Monday in February. However, Presidents’ Day is not the official name of the holiday.

While the name “Presidents’ Day” was proposed for this Monday holiday in 1951, the U.S. government never officially changed the name. In the 1980s, thanks to advertising campaigns for holiday sales, the term became popularized and largely accepted.

The idea behind the name was to create a holiday that did not recognize a specific president, but rather celebrated the office of the presidency. This joint recognition would also celebrate President Lincoln's February 12 birthday within the same period, but arguably, George Washington (the Father of our country) deserves his own day. 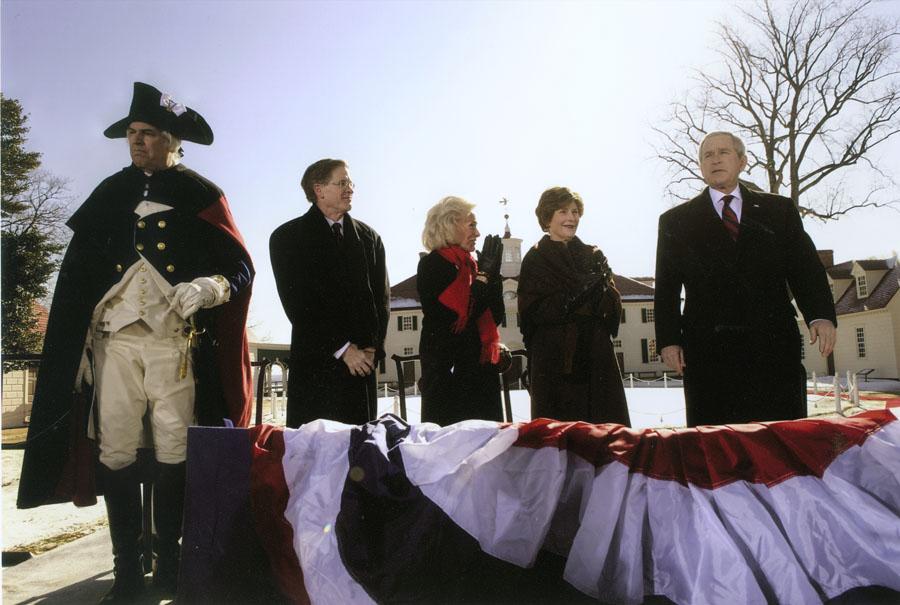 While it may seem like the entire nation observes “Presidents’ Day,” Virginia, Illinois, Iowa, and New York specifically recognize the third Monday in February as “Washington’s Birthday” or “George Washington Day." Some states, such as Virginia, celebrate Washington’s birthday the entire month of February. In the city of Laredo, Texas, an annual Washington Birthday Celebration that began in 1898 lasts the entire month!

Do you feel Washington's birthday deserves to have its own national holiday? Contact your Congressman/ Congresswoman and let them know! As a founding father, and our first President, his character and accomplishments should not be muddled into a holiday as a vague as "Presidents' Day". Let's officially bring back "George Washington Day" on February 22!

Join Us in celebrating Washington's Birthday!

Partake in special wreath laying ceremonies throughout the day, watch as newly naturalized Americans take the oath of citizenship, or join Washington himself to enjoy some birthday cake!

How Have Others Celebrated Washington?

View our interactive timeline to learn about how the United States has celebrated Washington on his birthday for over 280 years.

More than 280 years later, the United States still celebrates the birthday of George Washington, but what type of festivities did Washington have for himself when he was alive?

Each year Mount Vernon celebrates Washington's birthday by opening our doors to the public for free on the national “Presidents Day” holiday as well as on his actual birthday, February 22.