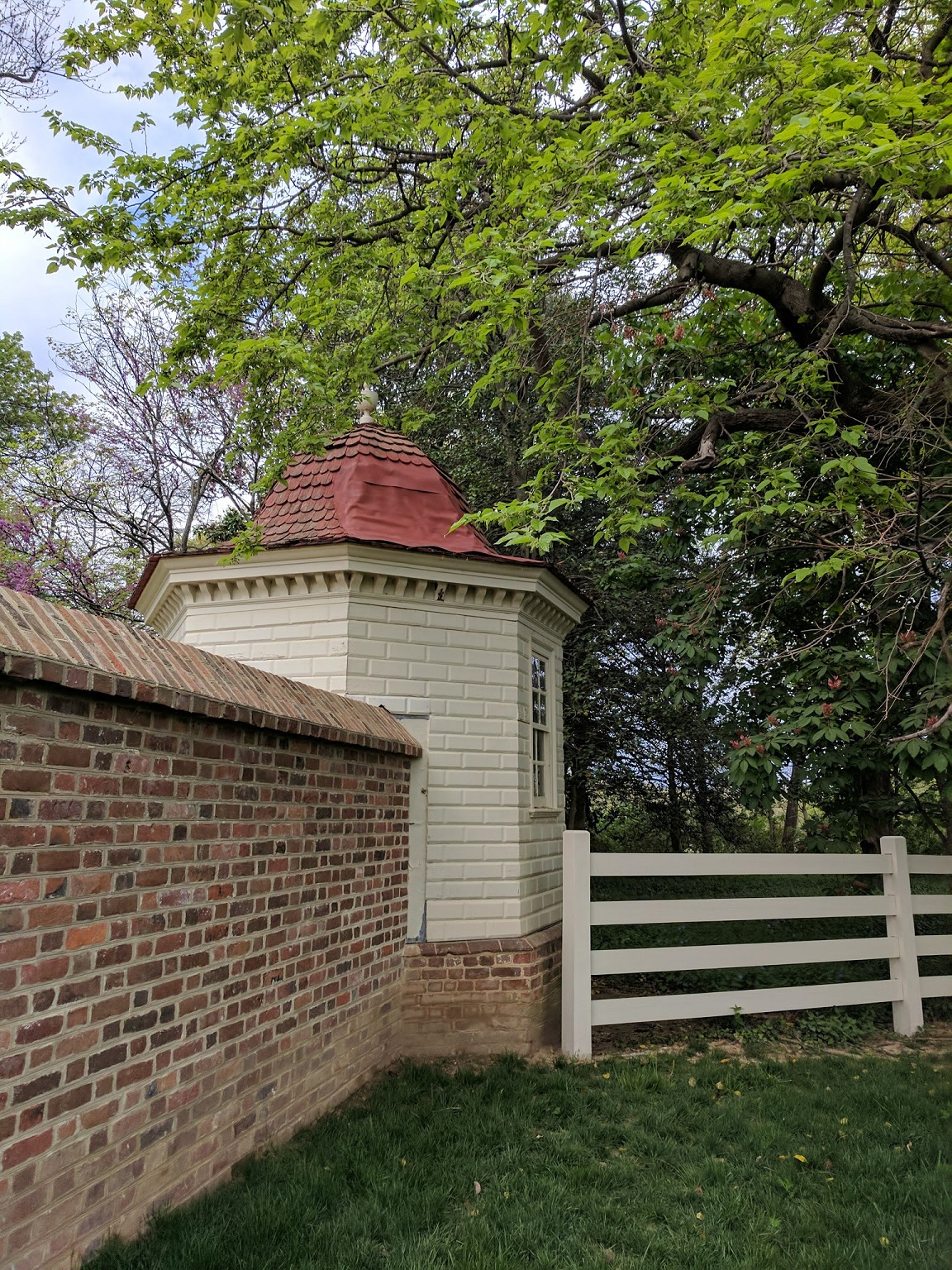 This small, octagonal structure was built right after the Revolutionary War and used in a number of ways.

Its primary function was likely as storage for tools and seeds. For a brief time, it also served as a schoolhouse where Washington’s step-grandchildren, Nelly and Washy Custis, were tutored.

Today it features hundreds of signatures on the inside walls from people visiting during the late 19th century.

A holistic structural assessment was performed on the structure to determine the level of repair needed. This assessment included stripping paint, removing some of the siding boards, and performing a physical investigation of nails, framing, and plaster.

Additionally, the plaster, which predates the Civil War, requires conservation. So as not to inflict further damage to the plaster or the signatures, the conservation treatment required working from the exterior-facing side, by temporarily removing several siding boards.

After plaster conservation was complete, structural stabilization of the building’s framing began. Once all of the conservation and structural work was done, the preservation team repaired the roof to ensure it and the siding are weather tight to prevent future damage.