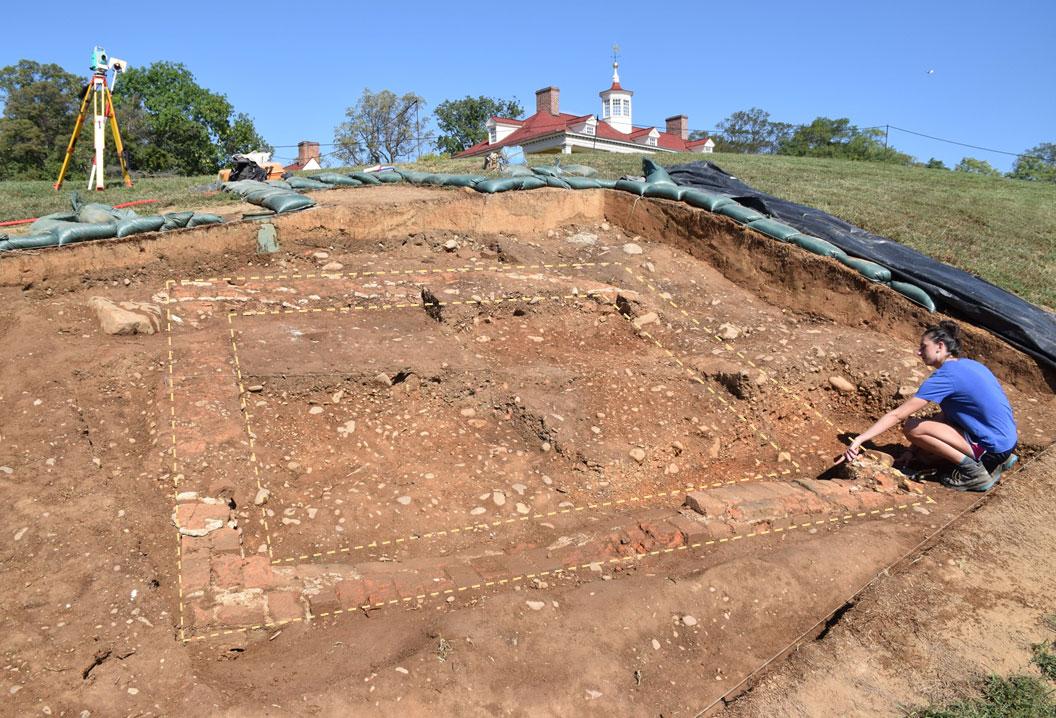 Mount Vernon archaeologists have relocated a Washington-era building while conducting an archaeological survey on the east lawn. In late May 1796, George Washington wrote from the presidential residence in Philadelphia to his farm manager at Mount Vernon, “I have several times spoke concerning a necessary for the Quarter People, at Mansion house . . . I wish you would have this done before We come home that the yard of the Quarter may be always clean & Sweet. If the old necessary on the brow of the Hill can be moved with more ease than building a new one, let it be done, as it is not only useless where it is but is an eye-sore.” 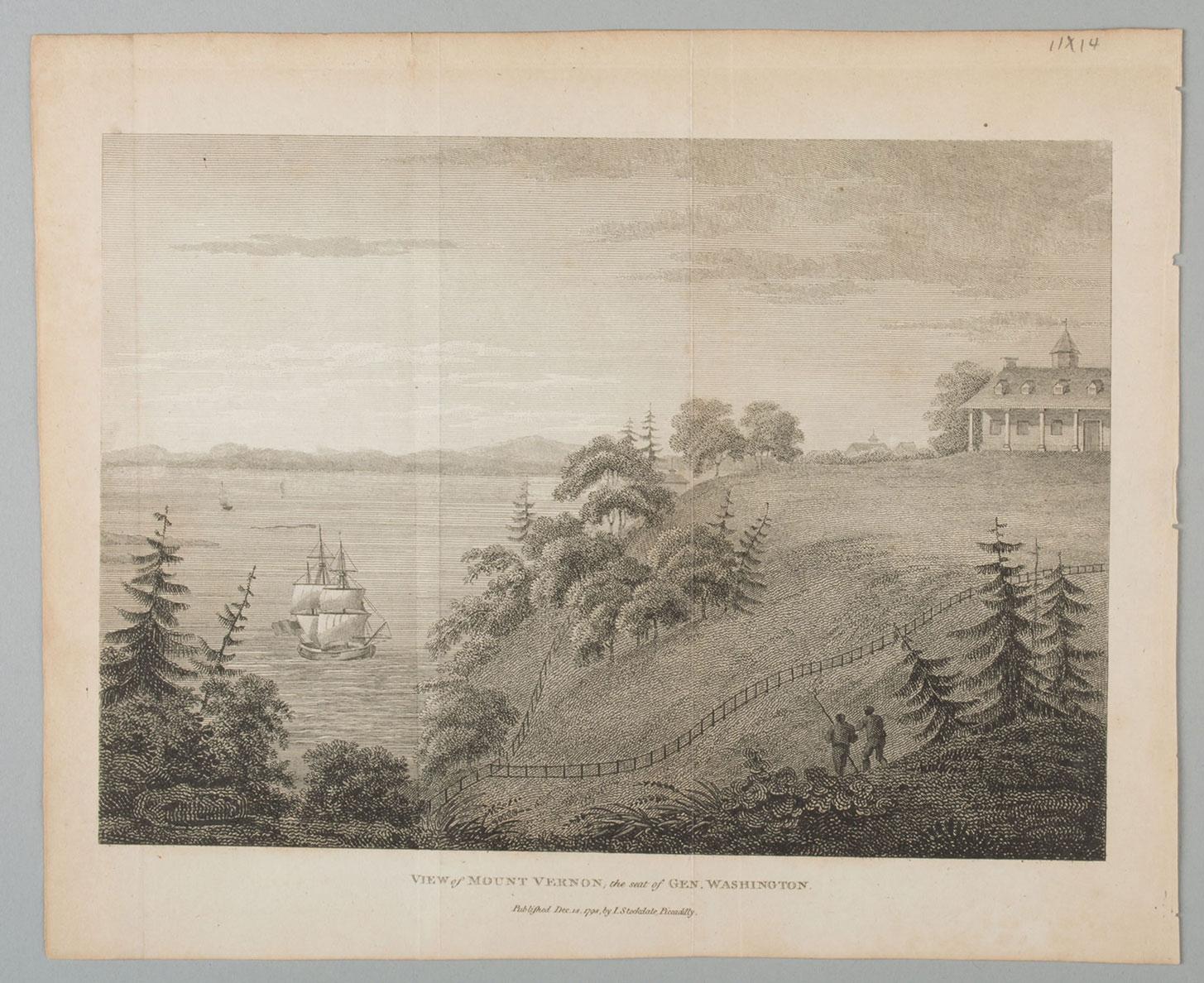 This necessary was plotted on the “brow of the Hill” overlooking the Potomac River on a 1787 landscape plan of Mount Vernon. Additionally, a sketch by an Irish visitor in 1795 may depict the old necessary in its original location.

We do not know if the necessary on the brow of the hill was moved successfully or if a new privy was constructed for the enslaved people Washington refers to as the "Quarter People". Mount Vernon’s archaeologists are currently exposing a 10 x 12 foot brick foundation in the location depicted in both the 1787 and 1795 sketches with plans to excavate a portion of the structure’s interior to learn more about its construction, layout, and its role in an evolving plantation landscape.

Our knowledge of George and Martha Washington's life and the daily experience of the enslaved community at Mount Vernon has been shaped by archaeology.