The Marquis de Lafayette gifted the Bastille Key to George Washington in 1790. The key was showcased in Philadelphia before moving to Mount Vernon, where it hung in the central passage for generations of Washingtons.

LEARN MORE ABOUT THE BASTILLE KEY

While the Mansion was closed and the central passage was painted, the key and its original case were removed. Mount Vernon's curatorial staff decided to keep the case off view for conservation and to explore some unanswered questions about the case. 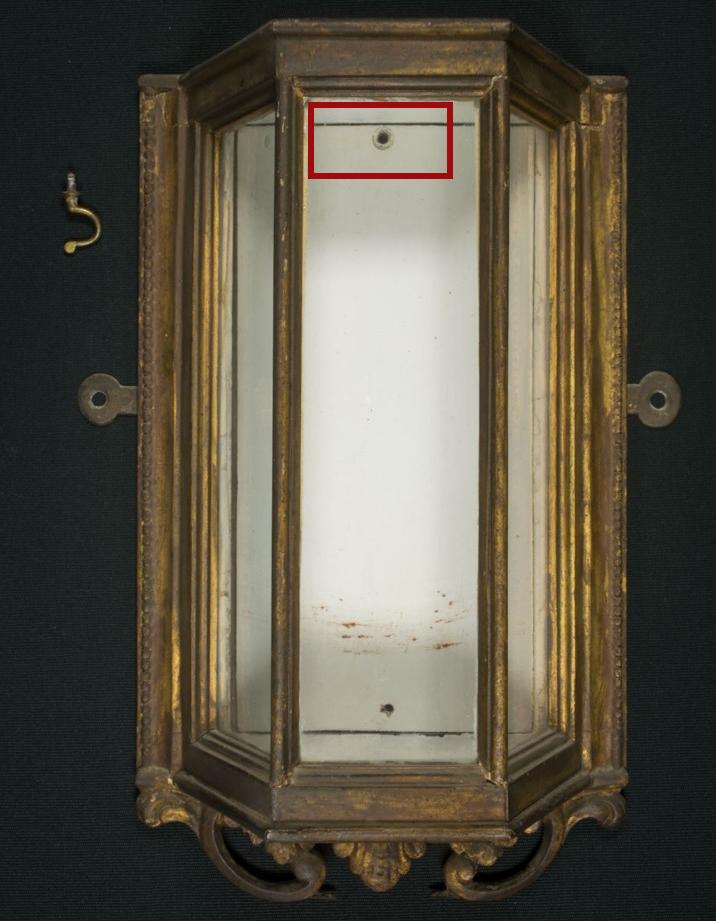 The cup hook that held the key was beginning to come loose from the hole indicated above. The staff worried about the safety of the original c. 1791 case if the key were to come loose.

When historian Benson Lossing visited Mount Vernon in the 1850s, he created a romanticized drawing of the key and case. In this image, the key hangs from the center of the case and the ornament at the bottom forms a V-shape. 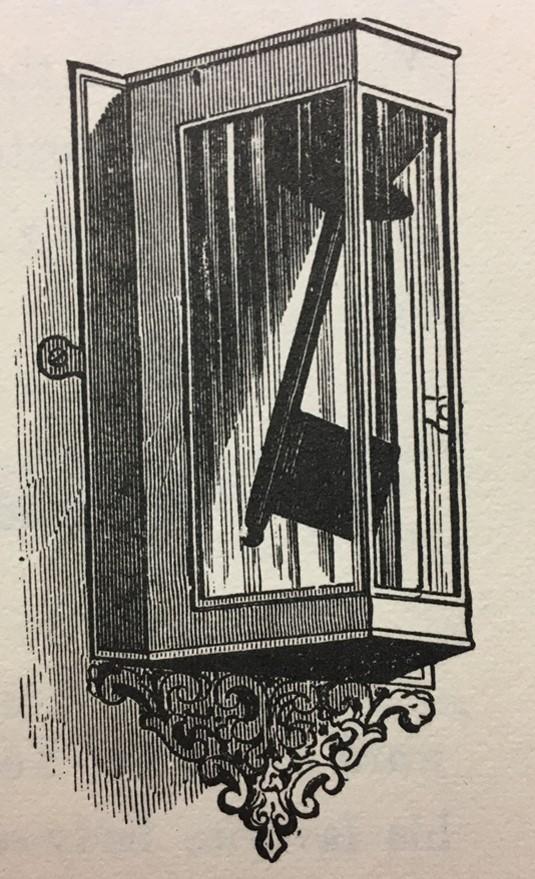 With this in mind, the curatorial staff is investigating the hole indicated below to see if the key originally hung from it. This configuration makes sense because a 360-degree view of the key would better fill the case.

The two boxes outline the points at the bottom of the C-scrolls where the additional ornament base was attached. Mount Vernon’s curatorial team believes the case was created by Philadelphia carver James Reynolds, so they explored his work to find similar ornaments that will inform the recreation of the missing element. 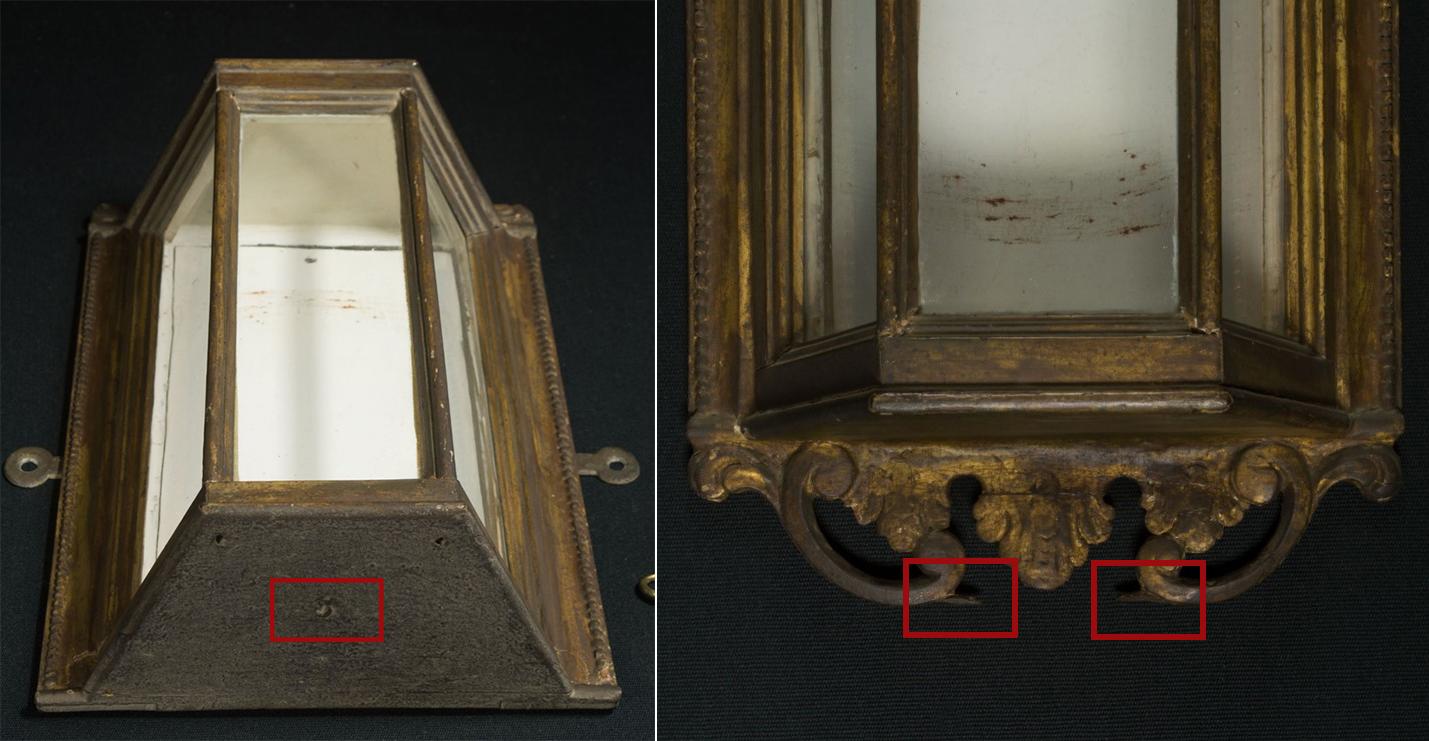 The staff also had finish analysis conducted on the case to determine the original surface treatment. The case exterior was originally gilded, but there are many areas where it has darkened. Gilding does not darken, rather, this is bronze powder paint that has been applied to mask nicks and dings in the gilding. Bronze powder paint is bright and shiny when first applied, but it oxidizes with time, unlike real gold. As part of this treatment, we will remove the bronze powder paint and return as much of the gilding as possible. They will also fill in some of the missing sections with new gilding carefully toned to match the original.

They also sampled the interior of the case and found that the modern bright white paint was the third coating. The original color was cream. Mount Vernon's furniture conservator will apply an isolating layer to the painted surface inside the case and then paint the interior with a hand-ground paint similar to the original. The purpose of the isolating layer is to make the conservator’s work fully reversible. If someone wanted to remove his work in the future, it could easily be done. 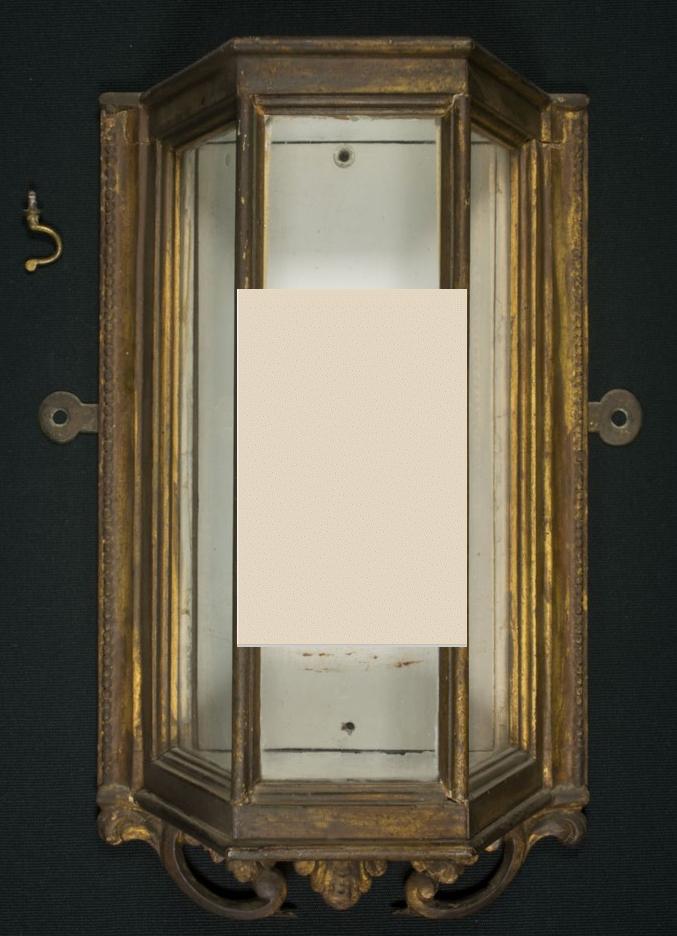