Fireworks in the 18th Century

In the 18th century,  the Washingtons watched fireworks on several occasions throughout their lives, often to celebrate a historic moment. 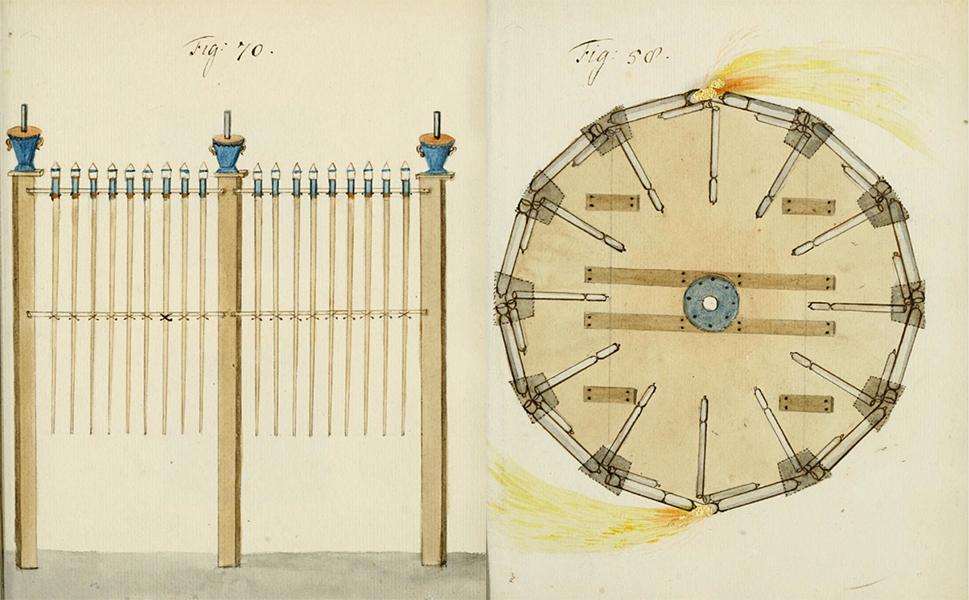 On the evening of George Washington's first inauguration in 1789, for example, the skies in New York City were filled with fireworks. Boston merchant John May reported that the fireworks “on the bowling green” were “well executed” and “greeted with tumultuous applause,” but he was particularly taken with the illuminations, which he described as "the best likeness I have yet seen of him, so much like him that one could hardly distinguish it from life".

However, the fireworks the Washingtons saw were drastically different than those we use today. These hand-drawn pictures from a 1770 Dutch manual illustrates how the final product of a DIY firework should look. 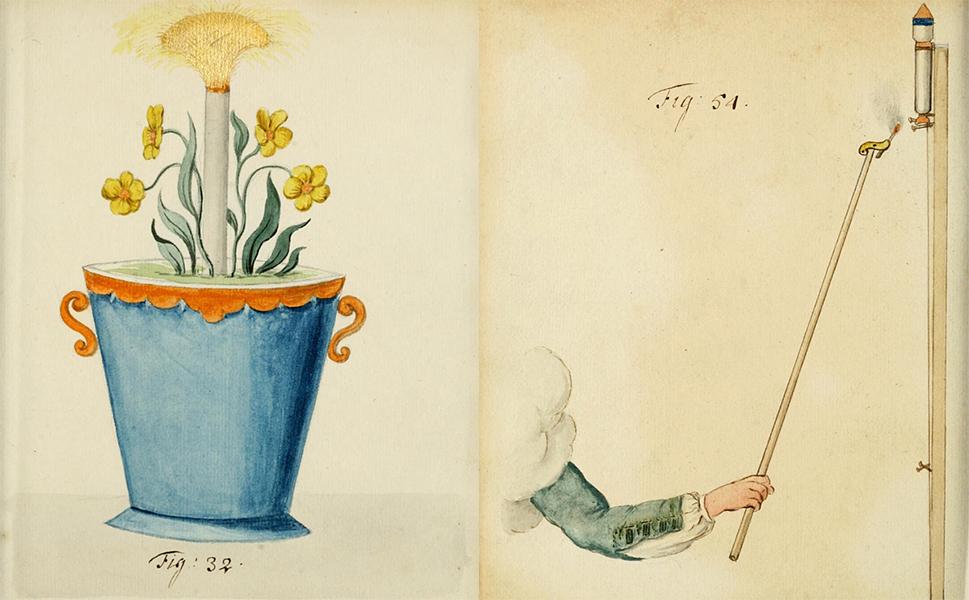 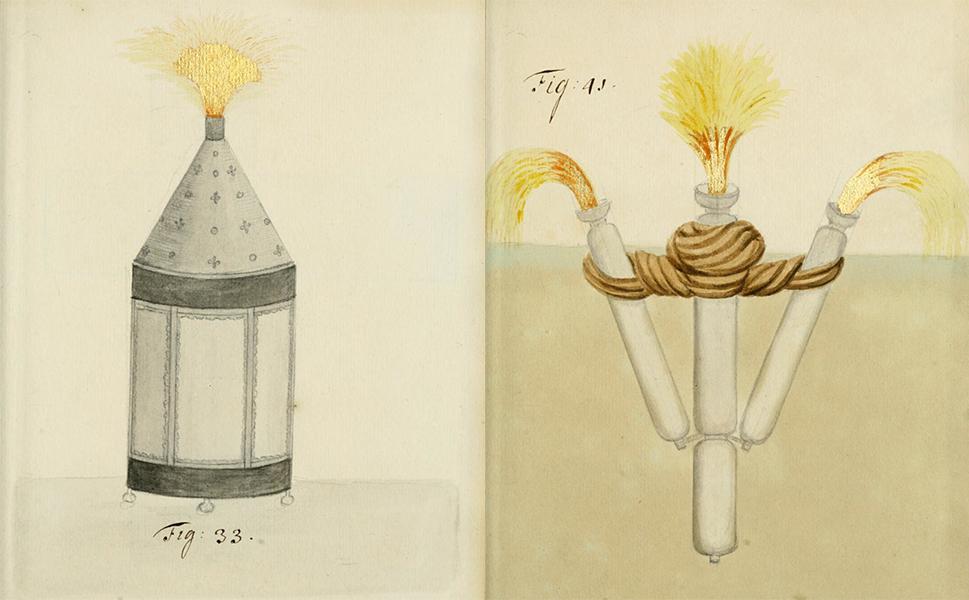