Today at Mount Vernon, we furnish the Mansion according to the inventory taken after George Washington’s death in 1799. But the furnishings during Washington’s life were anything but static. As Washington bought new items and received gifts from his many friends and admirers, he had to find places for them in his home. Often, older furnishings were relegated to private rooms or storage, as more stylish and treasured objects replaced them in the public spaces of the house—most notably, the New Room. 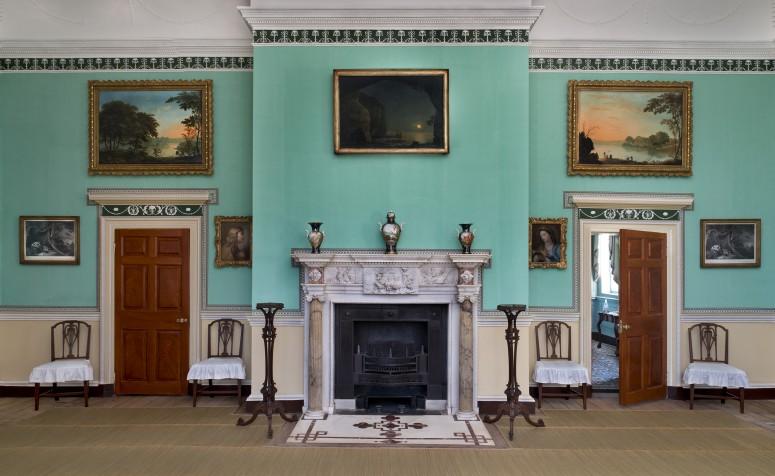 In fact, in 1799 almost every object in the New Room had been placed there within the previous two years. There are a few exceptions. The room held two candlestands made by Fredericksburg cabinetmaker John Allan that Washington purchased in 1759. The magnificent marble mantelpiece and Worcester porcelain vases were a gift from English merchant Samuel Vaughan in 1785. 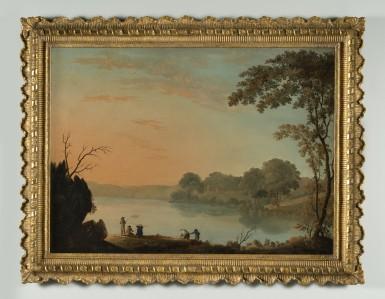 But despite a handful of earlier elements, the New Room received a complete makeover in 1797 when Washington returned from Philadelphia. The retiring president was so fond of the executive residence furnishings (which had been purchased with public funds) that he used his own money to buy back much of the furniture, paintings, and prints so that he could enjoy them in his retirement. Washington arrived at Mount Vernon with two large looking glasses (almost seven feet tall), six impressive American landscape paintings by William Winstanley and George Beck, four silver-plated Argand lamps, a portrait of himself by John Trumbull, and a print of Louis XVI of France in an elaborate gilt frame. 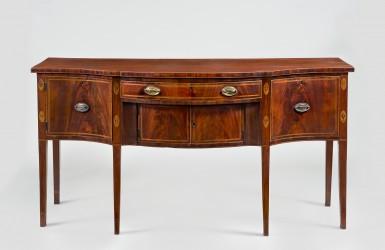 Befitting its name, the New Room was a showcase for brand new furniture and artwork. Before leaving Philadelphia in 1797, Washington bought two sideboards and a set of 24 chairs in the latest style from cabinetmaker John Aitken. Purchased specifically for the New Room, the sideboards and chairs demonstrated to guests that their host, although he resided in rural Virginia, was in tune with the latest fashion in the metropolitan center of Philadelphia. 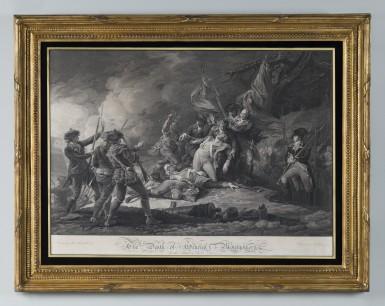 As a revered American icon, Washington also received gifts in his retirement that he displayed in the room. In March of 1798, John Trumbull (who had been Washington’s aide-de-camp during the Revolutionary War) sent his former general a proof print of each of his new engravings: The Battle at Bunker’s Hill and The Death of General Montgomery. Later that year, Philadelphia merchant Henry Philips sent Washington two copies of the English print The Dead Soldier, showing a woman mourning the death of her husband in battle. Clearly pleased with these gifts, Washington hung them in the New Room, adding to the array of prints and paintings already adorning the walls.

Though we don’t know when Washington acquired every single object in the New Room, it is clear that the room was an ever-evolving expression of his tastes, highlighting the latest and greatest of his possessions. Visitors to Mount Vernon—in 1799 and today—see the culmination of Washington’s efforts to create a fashionable and distinctive space in his home.