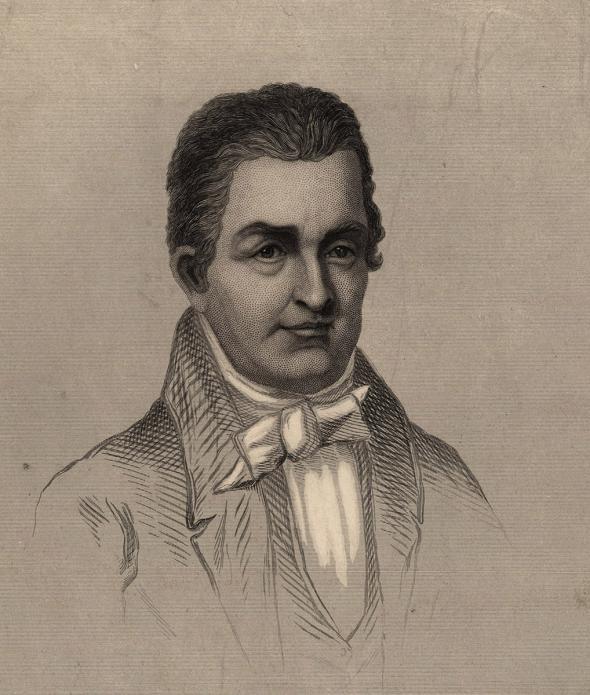 Oliver Evans, a native of Delaware, had been actively working on developing and refining his milling system since the early 1780s. George Washington learned of Evans' improvements in 1790, when he reviewed and signed the patent application submitted to the newly-established United States Patent Office.

In addition to the patent review, Washington was aware of two mills already operating on the Evans system during the years of his first term as president. One was located near Mount Vernon in the village of Occoquan, and the other was located along the Brandywine Valley near Wilmington, Delaware, owned by Joseph Tatnall, a wealthy miller and businessman. In 1777, Tatnall, a Quaker, ground flour for Washington's troops as they suffered through the winter at Valley Forge. Reportedly Tatnall told Washington, "I cannot fight for thee, but I can feed thy men."

Years later on a presidential trip, Washington visited Tamall to again express his thanks for services rendered during the Revolution. Tatnall had recently equipped one of his two mills with the Evans components. The practical experience of viewing this mill in operation solidified Washington's decision to install the patented system at Mount Vernon. 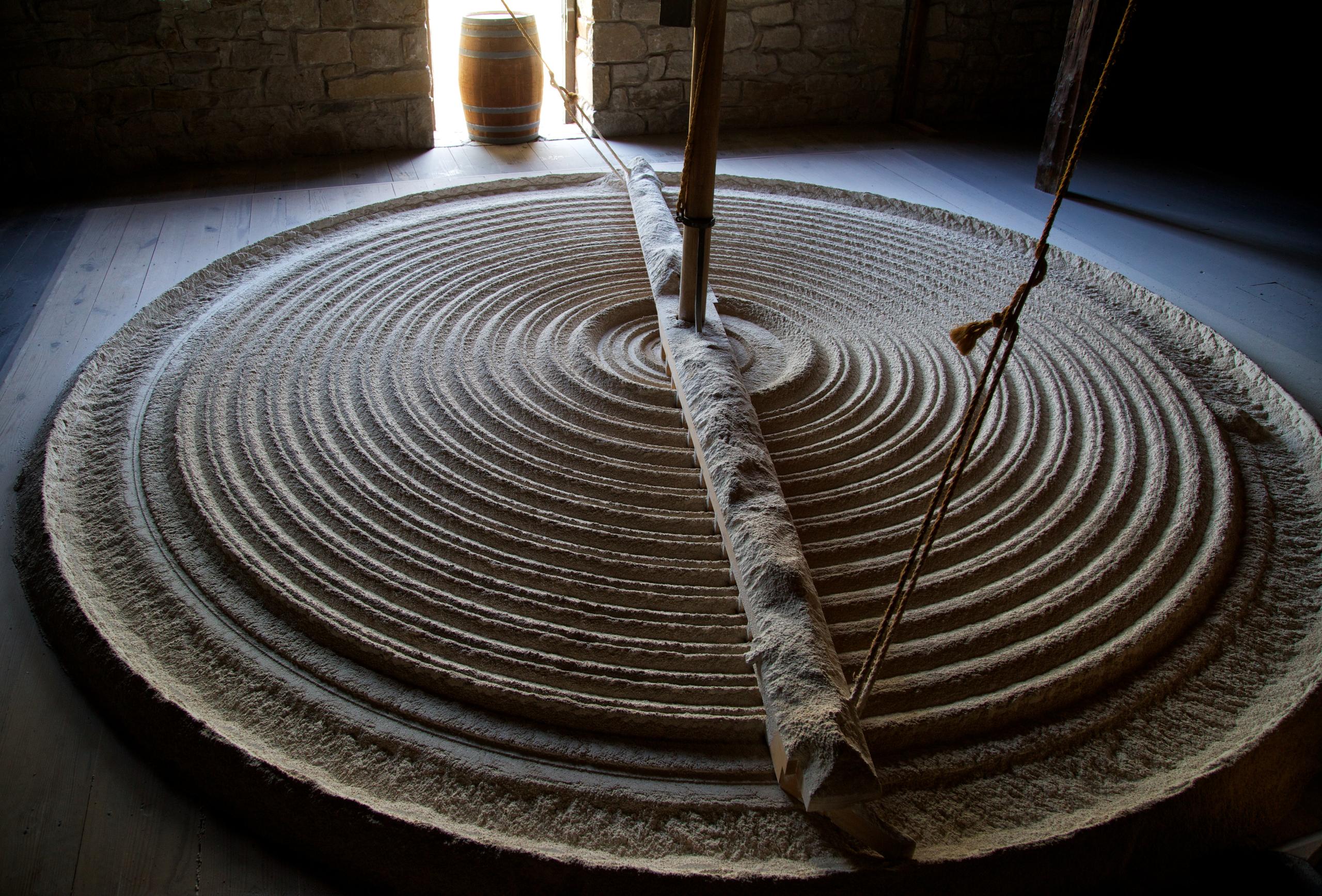 Washington's original gristmill was by no means an inferior performer. As he stated in 1785, "At present my Mill has the reputation of turning out superfine flour of the first quality; it commands a higher price in this country & the West Indies than any other...." Washington simply realized that the Evans improvements would enhance his production of flour and increase his mill's profitability.

Washington purchased a license under the patent Oliver Evans had received, and Mount Vernon records indicate that by late summer of 1791, installation of the Evans system was well underway.

Washington's millwright, William Ball, inspected the merchant mill at Occoquan to review the Evans machinery in detail. This provided a template for his work at Washington's mill. In addition, two of Oliver Evans's brothers traveled to Mount Vernon to oversee the installation. At the time, Washington's gristmill was one of only a handful of mills in the United States running the new automated system. For the remaining years of George Washington's life, his mill did indeed become more profitable than ever because of the Evans automated system.

See, hear, feel the power of the working gristmill at Mount Vernon.

Some scholars have argued that Washington's commitment to the automated system was also influenced by his growing aversion to the institution of slavery. Because the Evans system required far fewer men to operate than a traditional milling operation, Washington may have been looking toward the future, when he hoped to free his slaves and find new ways to reduce the need for manual labor.

In addition, a major gristmill was not an easy machine to operate, requiring a high level of skill and experience. Washington found it a challenge to hire a dependable miller, and his favorite was probably William Roberts, who served in the job from around 1770 to 1785. Roberts was also a talented millwright, who could repair virtually any element of the mill that malfunctioned. Washington stated that in the 15 years he employed Roberts, he never paid a major repair bill - which made the frugal Washington a very happy boss.

Roberts, however, developed a serious drinking problem which shortened his career, and Washington found it more frustrating than ever to find an acceptable replacement. So he had high expectations that more sophisticated millworks might help to compensate for the lackluster performances of his millers.

That in addition a paid miller always on site, a slave miller named Ben worked at the gristmill from 1785 until Washington's death in 1799. Washington mentioned in a letter to a friend that Ben, "knew the milling business very well".

Stone-ground at the Gristmill

Treat yourself to grains that have been stone-ground by water power at George Washington's Gristmill.

Evans’s new automated system moved grain and flour through all the steps in the milling process by mechanical means, with no need for manual labor. The system also improved the quality and quantity of flour that could be produced in a mill. 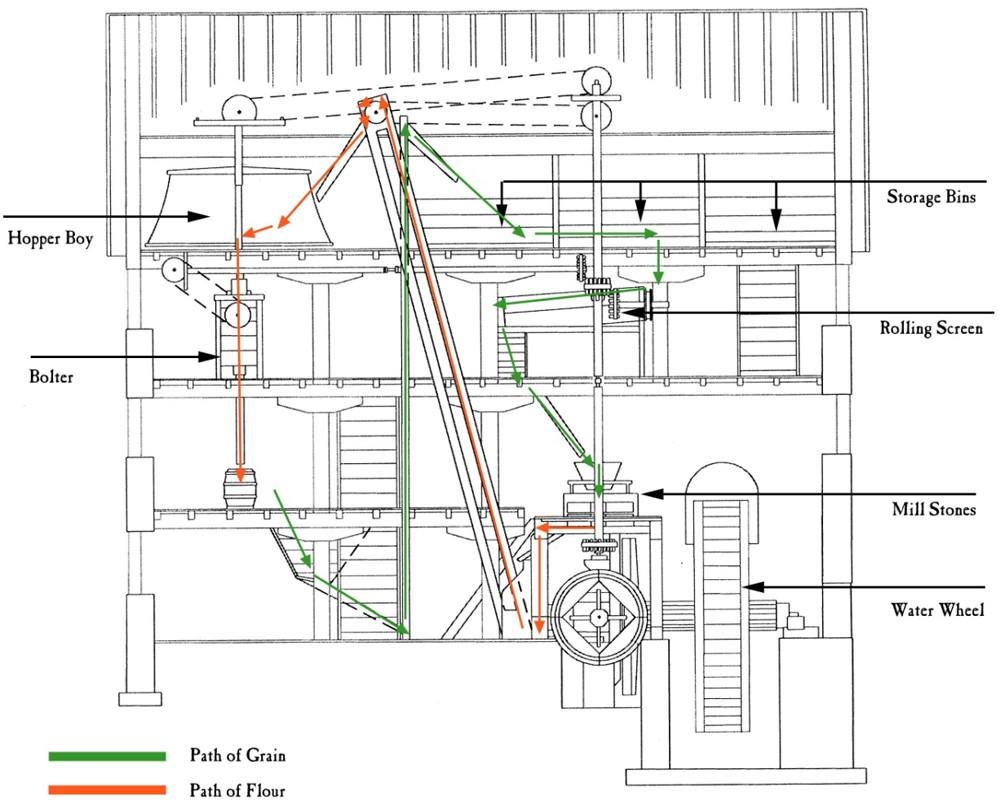 Recognizing that owners, builders, and operators of mills could use all the help they could get, Oliver Evans published in 1795 The Young Mill-Wright & Millers Guide with the intent of promoting his milling improvements throughout the country. The text includes sections on engineering principles and mill construction. There are 25 plates of detailed drawings of all components required in mills, providing a practical manual for those looking to install the automated milling system. Evans drafted the first four sections, and Thomas Ellicott, a millwright from Bucks County, Pennsylvania, added the fifth section and his drawings.

Evan's popular book was the first such detailed volume on mills and millwrighting to be published in the United States, and George Washington ordered a copy even before it was published. A genius at marketing his creative system, Evans made sure that the first edition contained a list of subscribers which included a number of well-known farmers, merchants, and community leaders. At the top the list is “George Washington, President of the United States." For decades, the book would continue its remarkable influence on American milling, with 15 editions being published between 1795 and 1860.

Mount Vernon completed the reconstruction of the Evans system at the gristmill in 2006. Today, George Washington's Gristmill is the only historic mill in the world with a fully functional Oliver Evans automated milling system.