Imagine you are one of the many visitors coming to see George and Martha Washington in the years after the American Revolution.

Your horses trot down the main road from Alexandria. As you turn in at Mount Vernon’s west gate, you catch your first sight of their house, framed by trees that Washington has carefully cleared to create a picturesque view. The drive ahead curves in and out of the woods, providing brief glimpses, or vistos, of the Mansion. 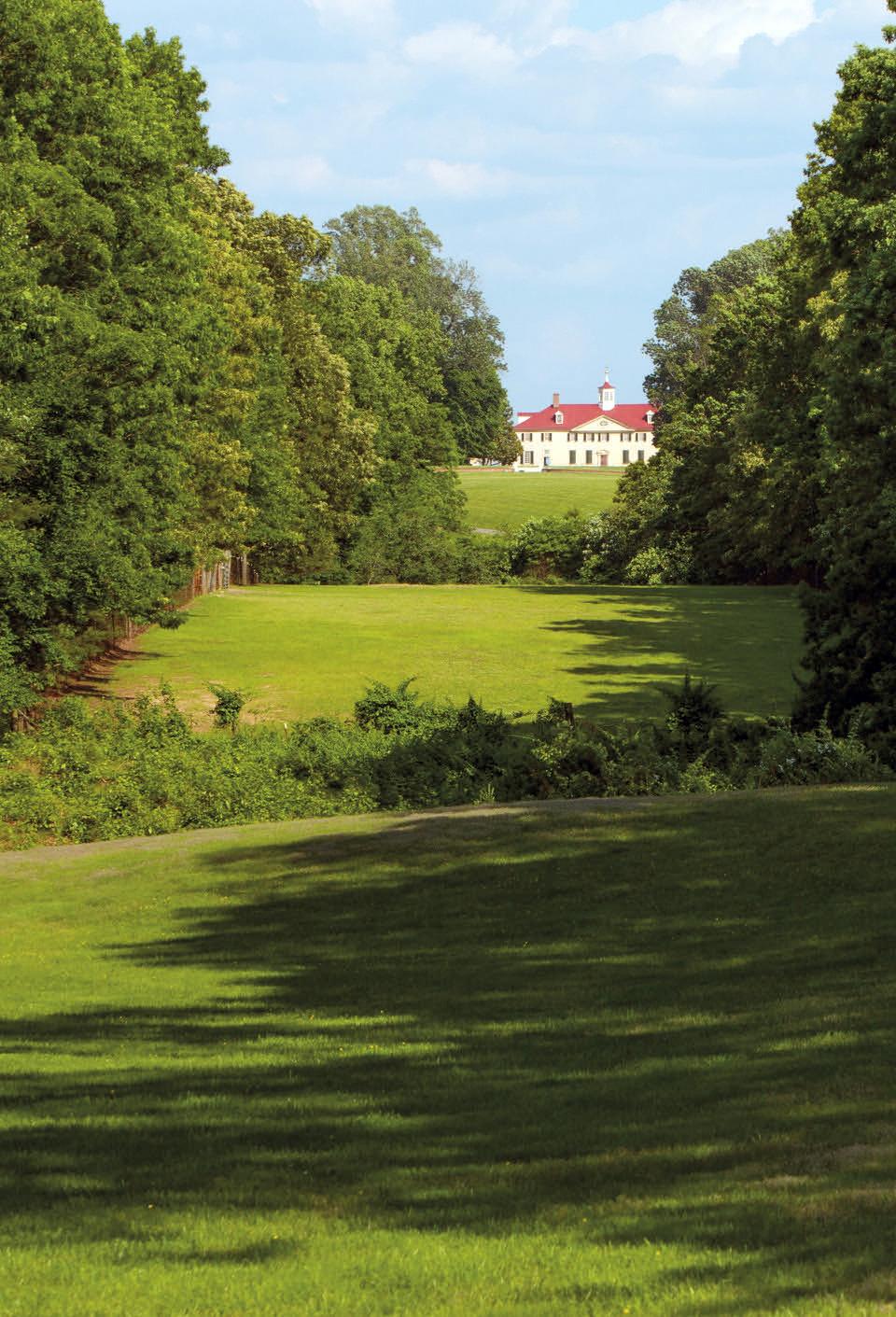 Since the wharf on the Potomac River was mostly reserved for deliveries, many of the Washingtons' visitors arrived overland, on roads and paths that meandered past the fields and pastures surrounding the Mansion Farm House. Washington places a premium on first impressions. Visitors first sighted the Mansion from what is now known as the west gate. From there, they were afforded a "visto", or view, of the west face of the Mansion, in front of which were cleared land and rolling hills for about seven-tenths of a mile.

The path to the Mansion veered northward, winding through well-maintained woods and into several naturally formed deep ravines. According to visitors' accounts, letters Washington wrote to his farm manager Anthony Whiting, and historical maps, he created one or two subsequent vistos of the Mansion along the wooded path, providing visitors with glimpses of their destination. At the end of the path, they climbed a "tolerably steep hill", according to Edward Hooker, who visited in 1808, and saw the west face of the Mansion once more. Finally, visitors moved off the central axis to the left or right to travel along the north and south lanes to the Mansion, where they were received at the west front door.

Washington was a firm believer in the lasting importance of first impressions and this concern was translated into a careful consideration of visitors' experiences as they entered his estate.

This 45-minute guided tour examines Washington's brilliant design for the grounds and gardens at Mount Vernon.