A major oil refining company considered purchasing 750 acres for development of an oil tank farm directly across the Potomac River from Mount Vernon.

Frances Payne Bolton, Mount Vernon’s Vice Regent and a member of Congress from Ohio, purchased 485 acres of the contested land before development could move forward. 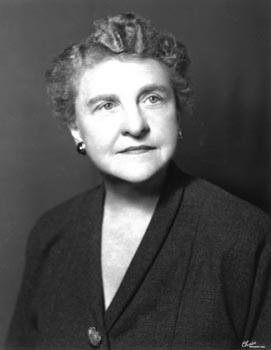 The Accokeek Foundation was formed to organize efforts working toward the preservation of the Maryland shoreline. Involved were the Moyaone Association, consisting of property owners in the Accokeek area; the Piscataway Company, a real estate firm formed by several property owners to preserve the rural character of the land by purchasing larger tracts with restrictive covenants; the Alice Ferguson Foundation, created to oversee Accokeek land holdings bequeathed to a small group of residents by Alice Ferguson; the National Park Service; Smithsonian Institution; and the Mount Vernon Ladies’ Association. To help jumpstart preservation efforts, France Bolton donated her 485 acres to the Accokeek Foundation.

Alice and Henry Ferguson acquired the Hard Bargain Farm in 1922 and became pioneers in environmental conservation. Alice was responsible for taking the first step toward protecting the area’s natural landscape and preserving the beauty of the land and the open space across from Mount Vernon. After World War II, she purchased hundreds of acres of neighboring land and sold it to conservation-minded individuals who began building homes in the area, establishing the Moyaone Reserve community. Following Alice’s death in 1951, Henry established the Alice Ferguson Foundation in 1954 as a non-profit organization. When the Potomac shoreline was threatened with industrialization in the 1960s, the Alice Ferguson Foundation donated all of its riverfront land to help establish Piscataway Park in 1968, which preserves and protects the viewshed from Mount Vernon across the river in Virginia.

Washington Suburban Sanitary Commission (WSSC), using eminent domain, announced its plans to build a three-story sewage treatment plant across from Mount Vernon. In an attempt to minimize criticism, WSSC agreed to make the plant a replica of Mount Vernon. Congresswoman Frances Payne Bolton defeated the WSSC initiative through her influence in Congress and new partnerships. 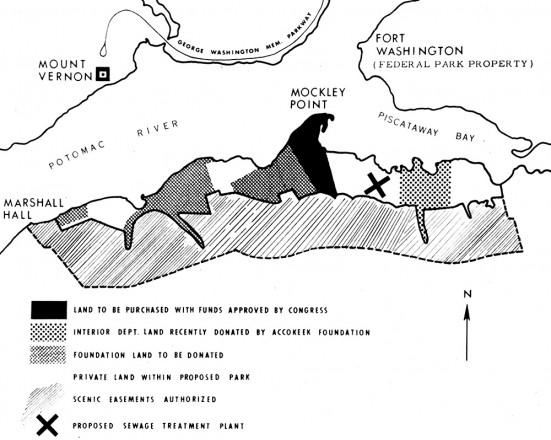 Public Law 87-362 was passed and signed by President John F. Kennedy, leading to the establishment of Piscataway Park, administered by the National Park Service. The legislation allowed Congress to acquire land through fee simple terms for the national park and for the acquisition of scenic easements over lands associated with the hills beyond. Easements were made possible through cooperation between the federal government and the Maryland state legislature by authorizing real estate tax credits and income tax deductions for donated scenic easements. The bill also authorized the National Park Service to accept donations of land from the Accokeek Foundation and the Alice Ferguson Foundation. 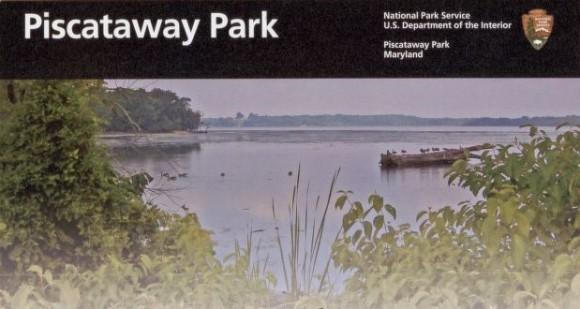 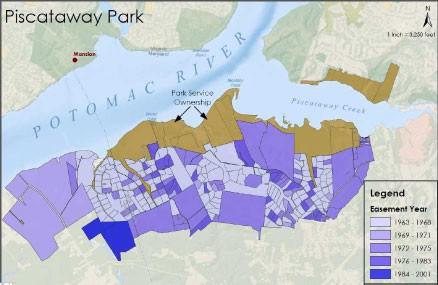 National Colonial Farm took shape under the management of the Accokeek Foundation. This historic farm museum is a centerpiece of Piscataway National Park and portrays to the public the characteristics of a colonial farm along the Potomac River. 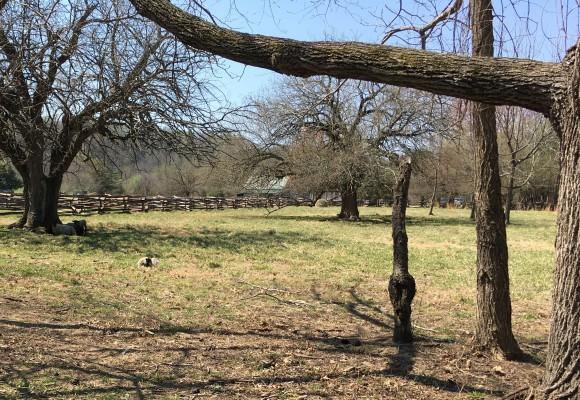 Development proposals for surrounding lands threatened the historic, rural qualities of the larger vista. A 52-story building called Port America was planned for a site just south of the Woodrow Wilson Bridge in Maryland’s Prince George’s County. Thankfully, the Federal Aviation Administration ruled that the proposed building was an unacceptable air safety hazard.

With assistance from the Trust for Public Land, EDAW, a landscape architecture and planning firm, prepared a visual simulation and viewshed study for Mount Vernon. It determined which areas of the viewshed would be adversely affected by buildings of varying heights.

A result of the 1991 viewshed study was Senate Bill 1703 (Piscataway National Park Expansion Act of 1993). It was introduced by Senator Paul Sarbanes of Maryland and signed into law by President Bill Clinton. The bill authorized the expansion of park boundaries and enabled federal acquisition of unprotected properties within the historic viewshed. However, no money was appropriated to help with property acquisition.

The Mount Vernon Ladies' Association purchased an 18th-century house and 73 shoreline acres from Mr. and Mrs. Grima Johnson, to prevent the land from falling into the hands of a developer. The Association sold the home and 10 acres to Tim and Liz Cullen.

The Association, The Trust for Public Land, and the National Park Service created strong easements on the Cullen property, appraised the remaining land, and determined a fair market price.

Approximately 63 undeveloped acres were sold to the National Park Service by the Association and The Trust for Public Land. 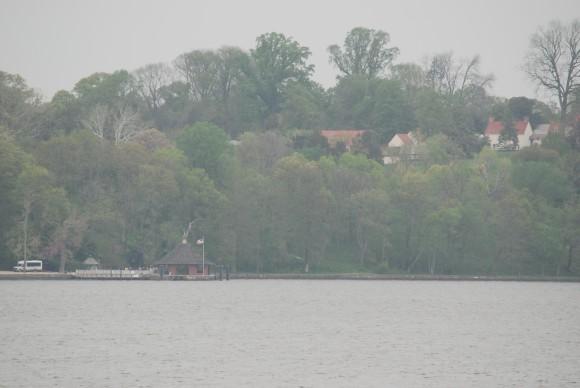 View of Mount Vernon from the Stalker Property

With the Maryland Environmental Trust and Charles County Conservancy, land conservation easements were placed on the LeCrone property. 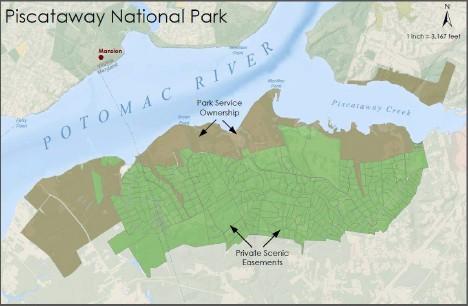 Directly Across the River

Prince George’s County passed act CB-73-2017 which requires realtors to disclose the National Park Service scenic easements to potential homebuyers within the viewshed. The passage of this act strengthens some of the older scenic easements, which were previously not required by law to be revealed during real estate transactions.