Celebrate the crisp autumn season with 18th-century activities and demonstrations at the Farm at Mount Vernon.

Celebrate the crisp autumn season with 18th-century activities and demonstrations at the Farm at Mount Vernon.

Join us for a fall celebration featuring 18th-century farming demonstrations.

During this event, you can:

This event is included with admission and is free for Mount Vernon members.

Sample beers from local breweries at our tasting event at the 12-Acre field. Tickets purchased in advance include 6 tastings and a commemorative tasting glass. 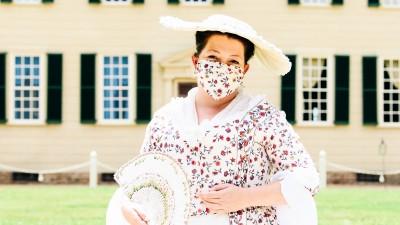 Face masks are recommended indoors for all persons, vaccinated or unvaccinated.

Face masks are required for all unvaccinated guests.

Become a member and attend our popular daytime events for free.

Get Emails About Upcoming Events

You can unsubscribe at any time by clicking on the "unsubscribe" link in an email. To learn how your email data is stored and used, please see our privacy policy.

For more information about things to do in Virginia, visit Virginia.org, the official tourism website for the state of Virginia. You’ll find an overview of each region in Virginia, as well as information about cultural attractions, museums, upcoming events, and where to stay. You can also purchase merchandise featuring the official Virginia slogan, “Virginia is for Lovers.”