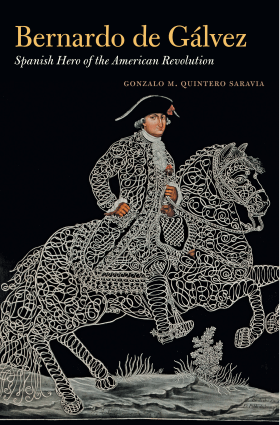 Although Spain was never a formal ally of the United States during the American Revolution, its entry into the war definitively tipped the balance against Britain. Led by Bernardo de Gálvez, supreme commander of the Spanish forces in North America, their military campaigns against British settlements on the Mississippi River—and later against Mobile and Pensacola—were crucial in preventing Britain from concentrating all its North American military and naval forces on the fight against George Washington’s Continental army. In this first comprehensive biography of Gálvez (1746–86), Gonzalo M. Quintero Saravia assesses the commander’s considerable historical impact and expands our understanding of Spain’s contribution to the war.

A man of both empire and the Enlightenment, as viceroy of New Spain (1785–86), Gálvez was also pivotal in the design and implementation of Spanish colonial reforms, which included the reorganization of Spain’s Northern Frontier that brought peace to the region for the duration of the Spanish presence in North America. Extensively researched through Spanish, Mexican, and U.S. archives, Quintero Saravia’s portrait of Gálvez reveals him as central to the histories of the Revolution and late eighteenth-century America and offers a reinterpretation of the international factors involved in the American War for Independence. 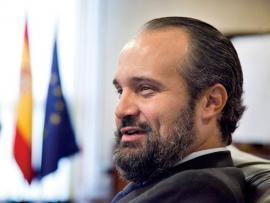 Gonzalo M. Quintero Saravia, S.J.D., Ph.D., is the author of several books on eighteenth-century Spanish American history and a former Fellow at the Weatherhead Center for International Affairs at Harvard University.